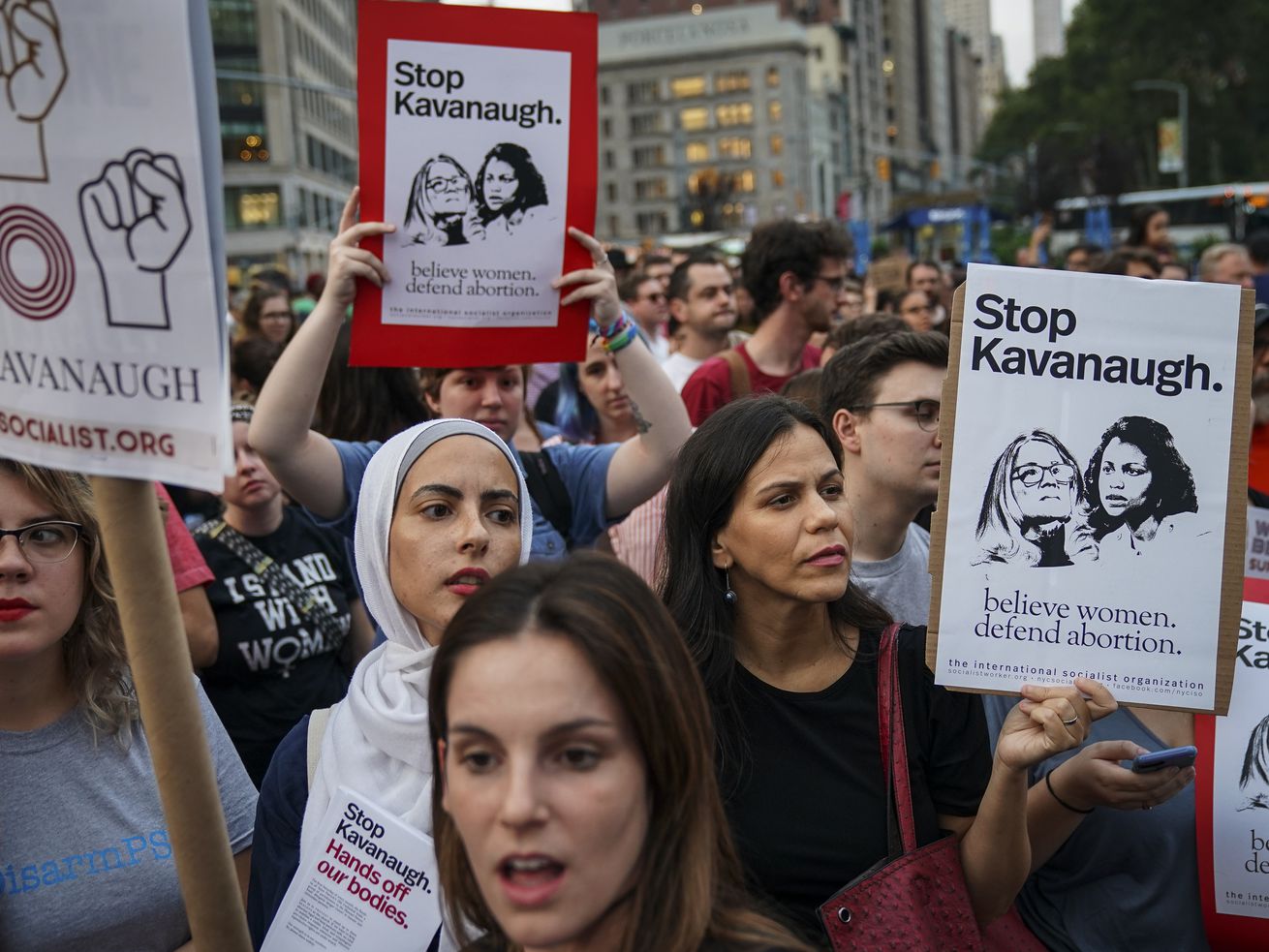 The Kavanaugh hearings could drive women to vote in 2018. It could also drive Trump supporters.

The testimony of Supreme Court nominee Brett Kavanaugh and Christine Blasey Ford — a Palo Alto professor who alleges that Kavanaugh sexually assaulted her in high school — in front of the Senate Judiciary Committee Thursday captured the nation’s attention in a visceral way that other major news stories haven’t.

The hearing was a little over a month away from the midterms, and there’s a lingering question of whether the hearing — and the Senate’s potential confirmation or rejection of Kavanaugh — will spur women to go to the polls on November 6. Pollsters have been trying to gauge voters’ feelings on the hearings since they happened, and the question is a tough one to answer. Gender politics don’t always break down cleanly along gender lines, and what fires up one base can also fire up another.

Here’s what they know so far: Women, and particularly Democratic women, were already fired up before the Kavanaugh hearing, something that’s evident in increased turnout and the historic number of women candidates running for office this year. Some pollsters Vox talked to were skeptical that the Kavanaugh confirmation hearings would be as big a driver to vote as a major policy issue like health care. But Ford and Kavanaugh’s testimony has staying power, especially so close to the election.

While a lot of pollsters and political experts are focused on whether this will increase women’s turn out, there’s the reality this could also fire up Republican voters who want the Senate to confirm Kavanaugh.

“Does this fire up Republicans in a way they have not been engaged yet? I just think this is a moving target right now,” said Cook Political Report’s Jennifer Duffy. “The ultimate outcome may drive turnout in one way or another.”

These responses have been lightly edited for length and clarity.

Women were already energized to turn out to vote 2018. Kavanaugh could increase that.

Even before Kavanaugh was named as a nominee, voters on the left — including women — were particularly likely to say the Supreme Court would be a factor in their vote. As Kavanaugh becomes less and less popular, as all the public polling shows, this will become increasingly true. Especially since the hearing really just laid bare how differently the two parties view women and their desire simply to be heard and believed.

I think in the Senate, it’s important to watch not just the red-state Democrats (who have been quite strong in recent public polling) but also the open seats and pickup opportunities in Arizona, Nevada, Tennessee, Texas, and even Mississippi.

I think it will definitely have an impact on women of color and on millennial women who are incredibly energized on this issue, unmarried women, and Democratic women. On the flip side, there’s evidence it will energize some Trump supporters as well. I think it will have a dual impact.

This is a cultural revolution, and politics is slow to catch up on culture. Pushed by the rapidity of what’s happening in other sectors … women are turning out in record numbers. At every level, women are participating. What’s going to be really interesting is how does this attach to an agenda for Congress.

Really the main thing on that question about support … a lot of this is reliant on the map in terms of the electoral effect it would have. What you can see if you look at the gender breaks on party ID is Democratic women have a lot stronger feelings in opposition of Kavanaugh than Republican women do in support of.

The Kavanaugh hearings have staying power

One thing about the Ford-Kavanaugh situation is if you weren’t focused on politics and the midterms, you might be now. This was dinner table conversation. Most of the things that happen in the Trump administration are gone in a day … but this one, people are going to talk about this today, people are going to talk about this tomorrow, it’s going to be in every political commercial. This has resonance.

We polled this before things went nuts, and on September 10 he was in better shape. The difference here is I think this is a seminal moment as far as political discussions in households. People will talk about it right up until Election Day.

I do think the nomination. and more importantly the accusations and testimony that have been provided around Judge Kavanaugh’s past — I think it’s incredibly important and it feels like a catalytic moment in our politics where everyone is paying attention to this, and it symbolizes something much larger than this nomination.

I think it’s had so much power because it goes to all these questions of privilege, class, and gender. I think particularly for women, it’s something that’s so imminently relatable.

Kavanaugh could spur more women to vote for Democrats, but it could also drive the Republican vote

I think that it definitely is going to affect women’s likelihood to turn out and it fits in this broader set of factors that have women thinking about the political implications of their gender. I think this is a piece of this preexisting framework. It depends on how closely the Kavanaugh hearing ends up being linked to kinds of congressional races people will be voting for. If they don’t see a direct link between the person they’re voting for and the confirmation hearings, it may be separate in their minds.

But at the same time, I think it’s really important not to characterize women as a monolithic group. I think there has been a real tendency to do that and a difficulty to conceptualize the diversity among women. #MeToo is a liberally branded social movement. Underlying people’s reactions to this is a lot of things, for a lot of people it’s personal experience, but it’s ideology as well.

Pollsters I’ve talked to today think it’s going to be mid-week or later in the week before they feel like they have a solid read on that question. With so much noise out there, you need to dive down before you get the truth. Does this fire up Republicans in a way they have not been engaged yet? I just think this is a moving target right now. The ultimate outcome may drive turnout in one way or another.

In a recent Monmouth poll of Virginia’s 10th Congressional District, Murray posed the question of whether Kavanaugh would impact whether likely voters would vote for a different candidate. Democrat Jennifer Wexton is running against incumbent Rep. Barbara Comstock (R-VA) in the district.

This is one district. We know what goes on in Washington plays a major part in how voters in this district view their house vote, and you have two women running on issues important to women who vote. This is not a type of revelation that is moving voters one way or another. Those who are motivated to go out and vote were already motivated. This didn’t change that.