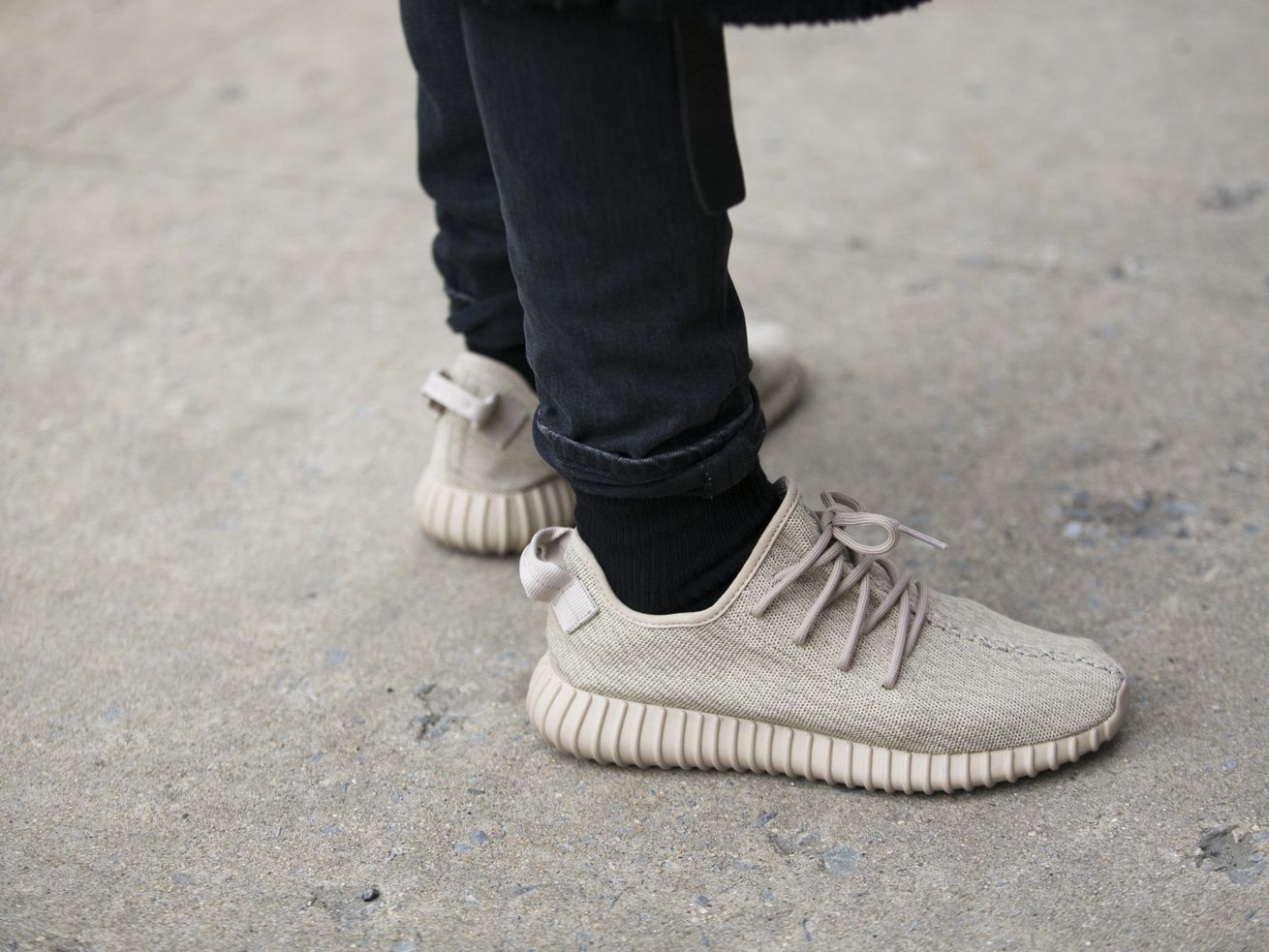 Yeezys are usually released in limited numbers. This week, Adidas dropped loads of them.

When a massive re-release of Kanye West’s Yeezy shoes — the Adidas Yeezy Boost 350 V2 in triple white — dropped this week, fans noticed something different: While the shoes have historically sold out in minutes, this time around, sneakerheads found them easily available.

Fans of the shoes said as much on social media, where rather than the usual complaints about the shoes selling out before they could buy them, customers marveled that they were able to fetch pairs so easily.

If you didn’t cop the yeezys you don’t deserve them . That was beyond easy .

Is the sudden availability of the sneakers linked to the fact that 2018 has arguably been the most controversial year of West’s career? Between his repeated expressions of support for President Donald Trump, his remark that slavery was a choice for African Americans, his beefs with various celebrities for purportedly disrespecting his wife, and his just-announced plans to move back to his hometown of Chicago, he’s made plenty of headlines lately.

All this press may have helped drum up hype for the rerelease of the Yeezy Boost 350 V2 — on Thursday, both West and the sneakers topped Twitter’s trend list for several hours. But the ease with which fans, and normies, for that matter, can now purchase a pair of Yeezys likely has little do with West’s many scandals and everything to do with Adidas’s marketing strategy.

This drop marks Adidas’s largest release of Yeezys, with up to a million of the sneakers reportedly available. When the Adidas Yeezy made its debut in 2015, the company released it in very limited quantities, and the scarcity of the product helped to give the shoes a cult following. But research shows that it’s bad for companies to use product scarcity as a long-term strategy. Rather than promote brand loyalty, the ploy can actually make customers stray.

So Adidas’s decision to release enough Yeezys to allows fans to buy multiple pairs doesn’t necessarily mean the shoes have lost their appeal or that West’s many scandals have hurt the brand. It signals Adidas has decided it’s the right time to give customers what they’ve been clamoring for.

Yeezys became a cult item based on how they were sold, styled, and marketed

Kanye West wouldn’t hesitate to tell anyone that he’s one of the most influential recording artists of our time. But the popularity of Yeezys isn’t tied to his celebrity and influence alone. The genius marketing of the shoe — and its popularity with celebrities like Jay-Z and Macklemore — has made Yeezys a must-have item since the Nike Air Yeezys debuted in 2009.

Six years later, when Adidas released its first pair, the Yeezy Boost 750 in light brown, after West left Nike over a royalties dispute, just 9,000 pairs of the shoes were available, and customers could only buy them by making a reservation through the brand’s mobile app. They sold out in 10 minutes.

By late February, more Yeezys were released through select retailers. But the buzz Adidas created by first releasing the sneakers in an extremely limited number made customers line up for them, despite their $350 price tag.

Adidas has also boosted demand by releasing the shoes in unique colorways. In June 2016, a new version of the Yeezy Boost 750 debuted in gray with a glow-in-the-dark gum outsole. It marked the first glow-in-the-dark Yeezy since West’s collaboration with Nike, which ended in 2014.

Since West’s Adidas collaboration, more than a half-dozen kinds of Yeezys have been released, including the Yeezy Boost 350, the Yeezy 950, and the Yeezy 350 Cleat, designed for football players. The brand has also played on the public’s love for nostalgia, releasing the Yeezy Powerphase in 2017. Those sneakers are throwbacks to a style of Adidas shoes from the 1980s.

The same year they came out, the Yeezy Boost 700 running shoe premiered during the Yeezy Season 5 fashion show. With this shoe, Adidas once again turned to product scarcity to garner buzz, initially only making it available at the Yeezy Supply online store. And a blush version of the Yeezy 500, which West showed off during the NBA All-Star Weekend in Los Angeles this February, was at first only available via online raffle on select websites.

The mass market release of the Adidas Yeezy Boost 350 V2 might indicate that the brand is shifting gears, but there’s evidence that West and Adidas planned to first make the shoes available to a narrow audience before opening availability to everyone.

“Eventually everybody who wants to get Yeezys will get Yeezys,” West said in 2015. “Adidas has promised me that because there’s so many kids that have wanted them that couldn’t get them, and I talked to the heads at Adidas and they said we can make them.”

His words may not have seemed sincere then since the shoes continued selling out in minutes for years afterward. But the latest release suggests the day has finally come that anyone who wants a pair of Yeezys (and has the cash; the Yeezy Boost 350 V2 cost $220) can score some. More than a day after the re-release went on presale online, the shoes hadn’t sold out.

✊ I wish all releases were this simple. Lol resale value will be shitty but still a pair of yeezys for $220 is never an L.

While that’s good news for the average customer, it’s likely bad news for resellers, who’ve capitalized on buying the hard-to-get shoes and upselling them for triple their retail value or more. That trend has frustrated customers in the past, since only an elite group of consumers can afford to spend $1,000 on sneakers. Making the item so out of reach to the masses instills more brand resentment than brand loyalty, and with this re-release, Adidas has made it clear that it has a wider audience in mind.

GQ reported that per the official press release for the Yeezy Boost 350 V2, it was the first time “a Yeezy sneaker will be released in mass quantities, giving an unprecedented number of fans worldwide direct access to it at retail price.” After years of limited releases that have built up the brand’s mystique and enriched resellers, Adidas is finally offering fans (more) equal access to the shoe. In the end, that may do as much for Yeezy’s cult status as originally offering the sneaker to an elite few did.