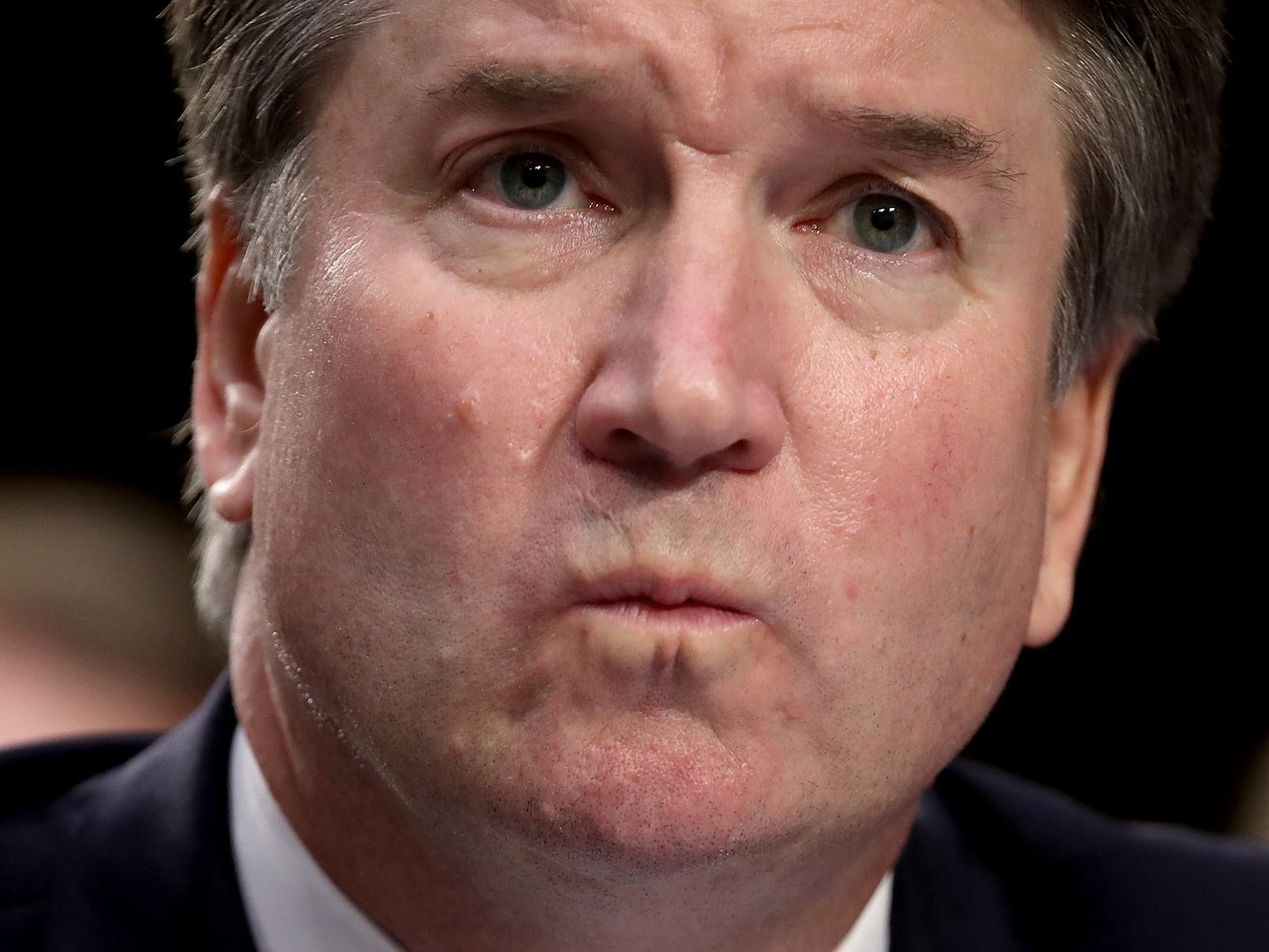 When even those in charge of public safety don’t take sexual assault seriously, victims are going to be very cautious.

In response to the allegations of sexual assault against Supreme Court nominee Brett Kavanaugh, some dismissive questions have popped up: Why did Christine Blasey Ford, Kavanaugh’s accuser, take more than three decades to come forward? Why didn’t she report the incident to the police immediately after Kavanaugh allegedly groped her and tried to undress her while covering her mouth?

The surprising answer, however, is that not reporting sexual assault is typical — and, in fact, it’s the reality in most cases of sexual assault and rape, based on the data we have.

Part of this is the result of sexual assault victims fearing the repercussions of speaking out — the shaming, stigma, and retaliation, not to mention the difficulty of potentially reliving a traumatic event over and over in the course of an investigation.

We’ve seen this with the Kavanaugh accusations, with pundits questioning whether any of the claims are true, trolls doxxing and threatening Ford, others digging into Ford’s personal history and credibility, and politicians, particularly on the Republican side, resisting the idea of getting the FBI more involved prior to a Senate hearing over the matter.

But much of the problem is the fact that even when sexual assault survivors do come forward, police don’t appear to pursue their claims as vigorously as they would other crimes.

The result: Most people who commit sexual assault and rape in the US go free — without any kind of criminal investigation or punishment.

The Rape, Abuse, and Incest National Network (RAINN), drawing on federal surveys and data, concluded that for every 1,000 rapes, just six perpetrators are incarcerated.

By comparison, for every 1,000 assault and battery crimes, 33 perpetrators are locked up.

Part of the problem is the vicious cycle this creates: Sexual assault survivors think that the police won’t investigate their accusations very seriously, so they’re skeptical of coming forward — and opening themselves to all sorts of scrutiny — when they might not even get justice.

Ford expressed a similar sentiment to the Washington Post regarding Kavanaugh and whether Congress would take the allegations against him seriously: “Why suffer through the annihilation if it’s not going to matter?”

But if sexual assault survivors don’t report their cases to police or other officials, it’s obviously going to be much more difficult, if not impossible, for the government to do anything about the crimes.

It’s also true, though, that the criminal justice system simply seems to give much less attention to sexual assault than other crimes. Consider the data above: Out of 310 rapes reported to police, 57 led to arrest — a rate of about 18 percent. Meanwhile, out of 627 assault and battery crimes reported to police, 255, or nearly 41 percent, led to arrest — more than double the rate for rapes.

As best as we can tell, this is not because the majority of rape accusations are frivolous. According to the best research, 2 to 8 percent of accusations are false. (Although much of this research is now old.)

Instead, this seems to be a matter of resources and culture. It’s only in recent decades that police have dedicated more officers and money to sexual assault cases — in part because of laws such as the federal Violence Against Women Act. And on a cultural level, police departments and officers are part of the same broader society that is only now taking allegations of rape, sexual assault, and sexual harassment more seriously with the rise of the #MeToo movement.

The reality, though, is that law enforcement agencies still often fail to follow up on sexual assault accusations, as unfair and unjust as that is.

To prevent more crime, police should do better

One surprising thing in the data is that police are very unlikely to arrest people for all kinds of crime — not just rape, but assault and battery, too.

The poor crime-solving rate is true even for murder: In the US, the murder clearance rate, which measures how often a murder results in an arrest, is typically around 60 percent. It’s even lower for minority communities, according to a Washington Post investigation.

That not only makes people less likely to report crime — perpetuating the problem of few crimes going reported — but it might lead to even more crime. For one, if criminals are more likely to think they can get away with the acts, they’re more likely to commit them.

But there’s another piece to this, too: If people don’t feel like police will protect them, they may be more likely to take the law into their own hands.

Consider a hypothetical murder that goes unsolved. If you believe that someone shot and killed a family member or friend and may try to go after you next, and police aren’t going to do anything about it, then you might be more likely to try to go after the shooter on your own to stop them.

Journalist Jill Leovy documented this phenomenon, with a focus on black communities, in her award-winning book Ghettoside (which, really, you should read). As she put it, “Take a bunch of teenage boys from the whitest, safest suburb in America and plunk them down in a place where their friends are murdered and they are constantly attacked and threatened. Signal that no one cares, and fail to solve murders. Limit their options for escape. Then see what happens.”

Police can do better. A 2017 study by criminologist Anthony Braga looked at the Boston Police Department’s efforts to increase the murder clearance rate by dedicating more resources and technology to solving such killings.

The study found that Boston police raised the murder clearance rate from 47.1 percent before the changes (2007 through 2011) to 56.9 percent during the changes (2012 through 2014). In contrast, the national clearance rate remained stable during these time periods, while the rate for other Massachusetts police agencies actually declined. While the study couldn’t definitively link Boston’s improvement to the specific strategies the city’s police used, the research indicates that improvement really is possible, one way or another.

And that suggests that police are generally doing much less than they could to investigate and solve the most serious of crimes.