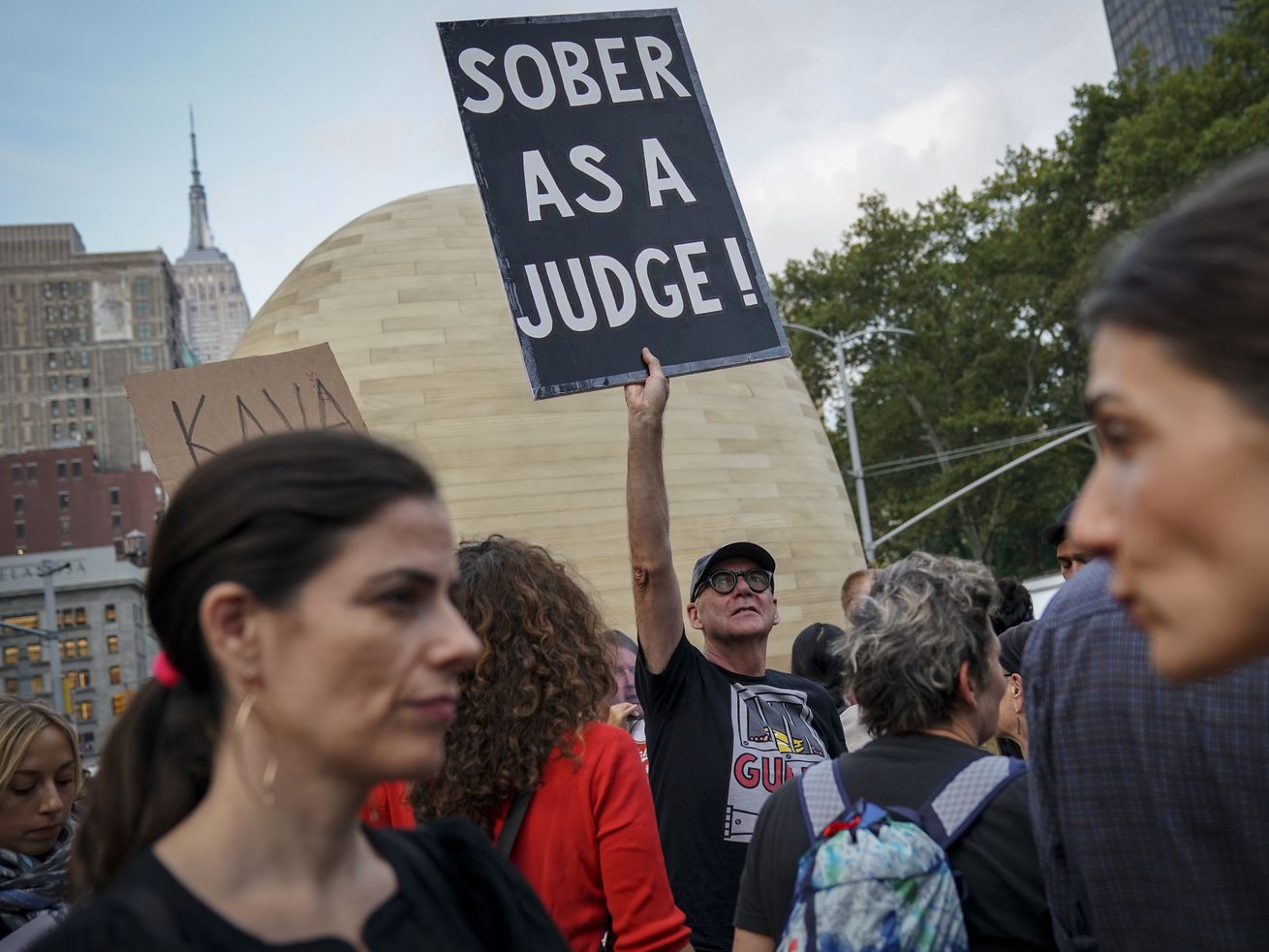 It wouldn’t be a big deal if he didn’t keep lying about drinking.

Supreme Court nominee Brett Kavanaugh was involved in a fight at a local bar while at Yale University in 1985, according to a new report, and allegedly threw ice at another patron.

Normally, this wouldn’t get much notice — throwing ice at a bar in college isn’t serious criminal activity, and Kavanaugh wasn’t arrested or charged — but it’s getting attention because Kavanaugh has insisted under oath that he wasn’t a heavy drinker in his youth, despite evidence to the contrary.

Emily Bazelon and Ben Protess at the New York Times reported on Monday that on September 25, 1985, after attending a UB40 concert, Kavanaugh and some of his friends went to a local bar called Demery’s. They thought another man at the bar looked like Ali Campbell, the band’s lead singer, and things escalated from there.

Chad Ludington, one of Kavanaugh’s former classmates and a member of the Yale basketball team, described the incident to the Times:

When the man noticed Mr. Ludington, Mr. Kavanaugh and the others looking at him, he objected and told them to stop it, adding an expletive, Mr. Ludington said.

Mr. Kavanaugh cursed, he said, and then “threw his beer at the guy.”

“The guy swung at Brett,” Mr. Ludington continued. At that point, Mr. Dudley “took his beer and smashed it into the head of the guy, who by now had Brett in an embrace. I then tried to pull Chris back, and a bunch of other guys tried to pull the other guy back. I don’t know what Brett was doing in the melee, but there was blood, there was glass, there was beer and there was some shouting, and the police showed up.”

According to the police report cited by the Times, the victim, Dom Cozzolino, was “bleeding from the right ear” and was taken to the hospital. Chris Dudley, one of Kavanaugh’s friends and another basketball player, told the police he hadn’t done anything wrong, and Kavanaugh didn’t want to say whether or not he threw the ice.

The Times report said it wasn’t clear if there were any arrests or charges. According to CNN, which obtained an unredacted version of a police report on the incident, indicates Dudley was arrested.

Kavanaugh keeps saying he didn’t party a lot, even though it seems like he did

Ludington first referred to the incident in a statement he released on Sunday, a few days after Kavanaugh and Palo Alto University professor Christine Blasey Ford appeared before the Senate Judiciary Committee to testify about her allegations of sexual assault against him in the 1980s. (Kavanaugh has denied the allegations.)

During his testimony, Kavanaugh largely denied that he drank excessively in his youth, despite multiple references to drinking in his high school yearbook and accounts from his friends and former classmates that he was, indeed, a heavy drinker. He made similar assertions during an interview alongside his wife on Fox News.

Ludington said that he was “deeply troubled” by Kavanaugh’s “blatant mischaracterization” of his drinking at Yale. “For the fact is, at Yale, and I can speak to no other times, Brett was a frequent drinker, and a heavy drinker,” Ludington said. “I know, because, especially in our first two years of college, I often drank with him.”

He said that he heard Kavanaugh slur his words or saw him staggering from drinking on many occasions and that when Kavanaugh drank, he was often “belligerent and aggressive.”

Liz Swisher, another former Yale classmate, told CNN she observed Kavanaugh’s drinking. “There’s no problem with drinking beer in college,” she said. “The problem is lying about it.” Kavanaugh’s former roommate has said he drank a lot as well.

Mark Judge, Kavanaugh’s high school friend and now a conservative writer, has written about his high school drinking and in one of his books referenced a “Bart O’Kavanaugh” throwing up and passing out in a car.

Others have backed up Kavanaugh’s account. The Times notes that Dudley, who was also in the 1985 bar fight with Kavanaugh, has spoken out in support of the judge and said he didn’t drink excessively.

Kavanaugh’s drinking habits in high school and college would usually be trivial — that’s a time in life when many people overdo it. But they’ve become an important part of the discussion surrounding Kavanaugh’s nomination to the Supreme Court. Both Ford and Deborah Ramirez, who has come forth with sexual misconduct claims about Kavanaugh when they were in college, allege that Kavanaugh was drunk when the incidents happened. Moreover, Kavanaugh has insisted he didn’t drink a lot and sought to cast himself as a sort of choirboy. If he lied to the judiciary panel about his drinking, for example, that would be a big deal.

Update: This story has been updated to include the CNN report on Dudley’s arrest.