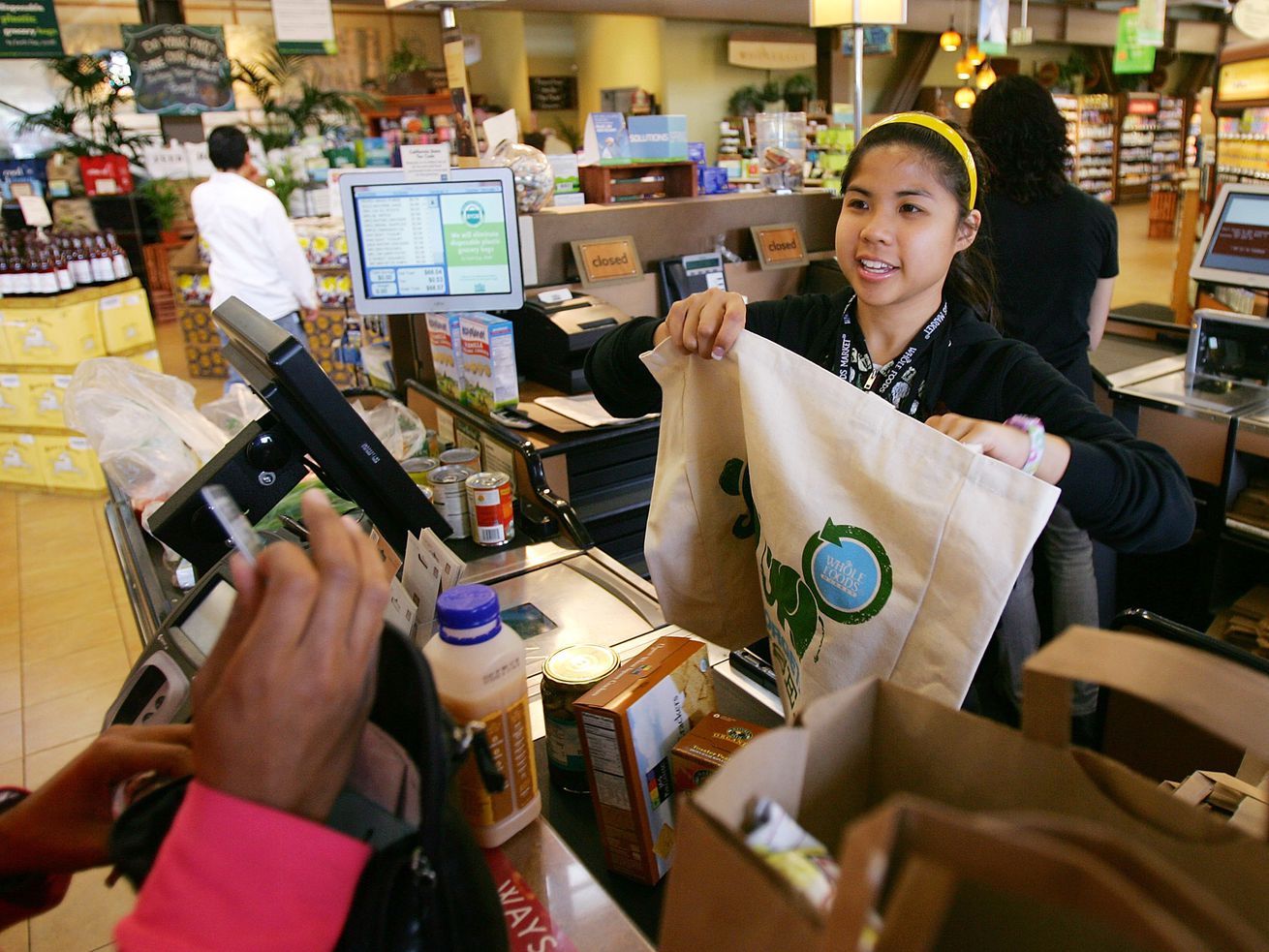 Workers at Whole Foods Market stores are trying to unionize, fearing that the company will further scale back their benefits under Amazon’s ownership.

On Thursday, a group of Whole Foods employees sent an email to workers at all 490 grocery stores, urging them to support the effort to unionize, according to the Wall Street Journal. They said they wanted to “collectively voice our concerns to Whole Foods Market and Amazon leadership” and push for better benefits and compensation.

The union drive organizers are working with the Retail, Wholesale and Department Store Union, a national labor group based in New York with 100,000 members.

Organizers said recent layoffs and consolidation at Whole Foods stores had endangered employees’ livelihoods, and that more of these moves are sure to follow, according to the Seattle Times. The group wants to push for a $15 hourly minimum wage, better retirement benefits, paid maternity leave, and lower health insurance costs.

“The success of Amazon and [Whole Foods Market] should not come at the cost of exploiting our dedication and threatening our economic stability,” the organizers wrote in the email.

The union drive comes at a tense moment for Amazon, whose value recently hit $1 trillion — the second US company to do so, after Apple. But the online retailer is also dealing with serious complaints from employees, who describe harrowing work conditions and low pay at Amazon’s warehouses in the United States and across the world. In July, Amazon workers in Europe went on strike to protest what they describe as hot, windowless, soul-crushing work environments. Sen. Bernie Sanders (I-VT) has repeatedly attacked Amazon CEO Jeff Bezos for paying warehouse employees so little that US taxpayers end up paying their welfare benefits.

Amazon denies that it treats its employees poorly, and says it is a “fair and responsible” employer. But Whole Foods workers seem unconvinced. The gourmet supermarket chain was acquired by Amazon in June 2017, and workers are upset that the company has since laid off hundreds of marketing employees and stopped offering stock options to lower-lever Whole Foods staff.

RWDSU President Stuart Appelbaum: “The RWDSU stands with workers in precarious positions no matter what—@Amazon and @WholeFoods are no different. We will not back down until Amazon workers are treated with dignity and respect.” https://t.co/PWUYoGmY6X

The union drive will certainly intensify the ongoing labor disputes at Amazon. The company has fought past unionization efforts in Europe, and recent comments from an Amazon spokesperson suggest that the company will not support similar efforts by Whole Foods employees. The spokesperson told the Wall Street Journal that employees should discuss work-related concerns with their managers.

“We believe this direct connection is the most effective way to understand and respond to the needs of our workforce,” she said.

Before Whole Foods employees can form a union, they still need to overcome a few hurdles. Organizers will need to persuade a majority of employees to sign union membership cards, to show their support for collective bargaining. If that happens, the company can voluntarily recognize the union. If the company doesn’t want to recognize the union, then workers will need to hold an official unionization vote through the National Labor Relations Board. If a majority of employees vote in favor of unionizing, then Amazon and Whole Foods are legally required to recognize the union. Then they can begin negotiating a labor contract.