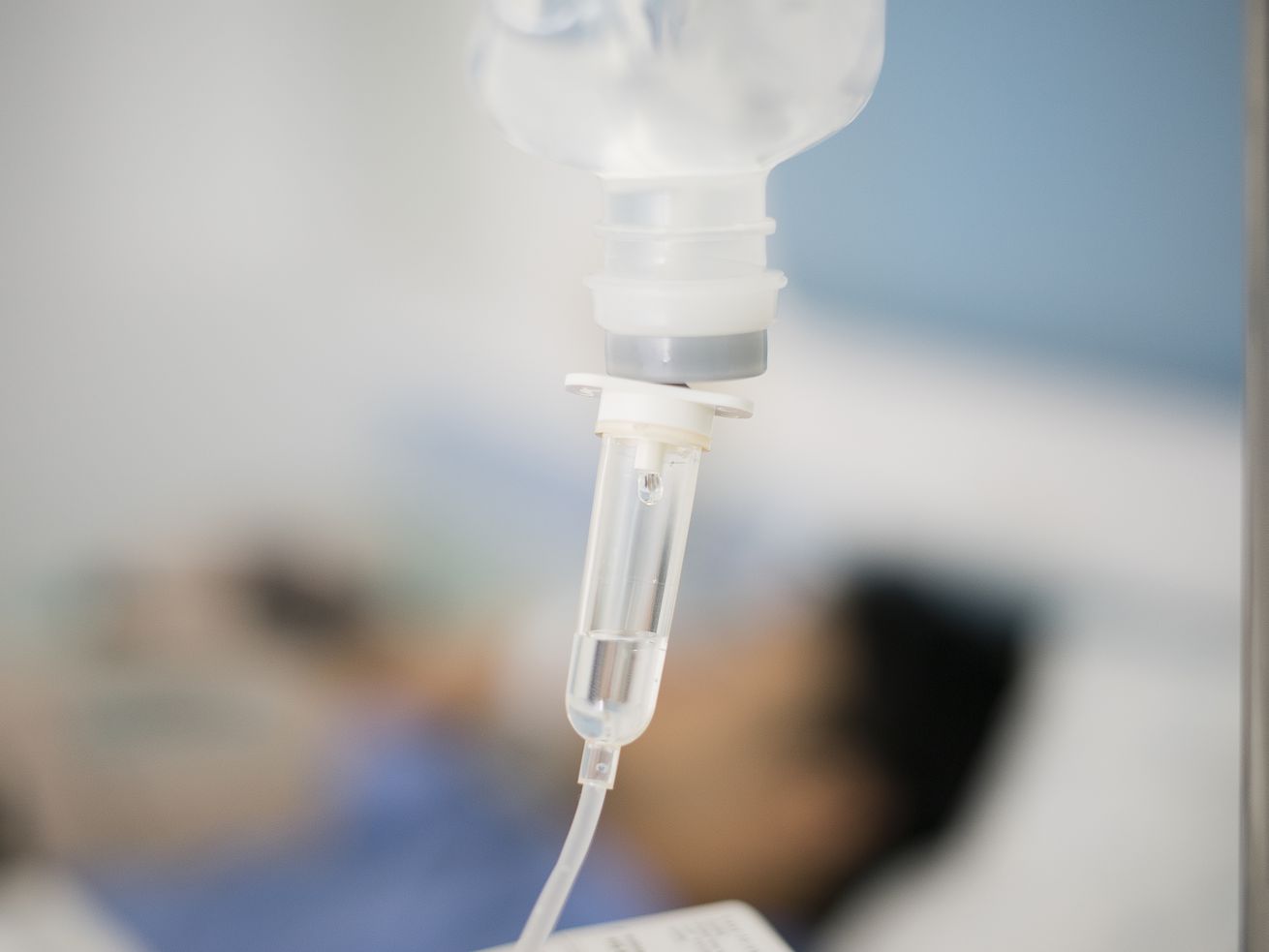 Doctors are seeing a spike in cases of an illness similar to Kawasaki disease — especially in areas with recent or ongoing Covid-19 outbreaks. | Getty Images

A rare, Kawasaki-like disease is striking kids who have coronavirus antibodies, a Lancet study from Italy shows.

Doctors in 15 US states are reporting that at least 164 children have fallen sick with a rare inflammatory illness similar to a condition known as Kawasaki disease. Symptoms include fever and inflammation and can affect organs, including the heart. Some of the children have tested positive for Covid-19 or have antibodies to the virus, and three have died.

Clusters of the illness have also popped up in other Covid-19 hot spots, including California, New Jersey, and Illinois. The potentially deadly syndrome is also affecting a small number of children in other countries, including the UK, Spain, and now Italy.

A new peer-reviewed study out of Italy, published Wednesday in The Lancet, details the cases of 10 children who presented with this condition during the Covid-19 outbreak there. Eight of the 10 children tested positive for the SARS-CoV-2 virus that causes Covid-19 in an antibody test.

“Our study provides the first clear evidence of a link between SARS-CoV-2 infection and this inflammatory condition, and we hope it will help doctors around the world as we try to get to grips with this unknown virus,” said Lorenzo D’Antiga, lead author of the study from the Hospital Papa Giovanni XXIII in Bergamo, Italy, in a statement.

This work — and other ongoing research — aims to decipher what about the new coronavirus might trigger this serious condition, how to treat it, and how it might help us understand the virus itself better.

What is Kawasaki disease?

Originally observed in Japan in the 1960s, Kawasaki disease is triggered by high levels of inflammation and can lead to trouble in the blood vessels and heart, among other places in the body, and occasionally prompt toxic shock syndrome and death.

Traditional symptoms can include a persistent high fever, skin rash, pinkeye, swollen hands and feet, and cracked lips. There is no test for the condition, so doctors rely on these signs and other laboratory measurements to determine if a child likely has it. (It is primarily a pediatric condition, although adults can get it too.)

When Kawasaki disease is identified and addressed promptly, it is usually treatable. Doctors typically administer antibody treatment and sometimes steroids and other medications, such as aspirin.

And, fortunately, Kawasaki disease is usually very rare, normally striking only about 21 children under the age of 5 per 100,000 in the US each year.

But now doctors are seeing a spike in cases of a similar illness — especially in areas with recent or ongoing Covid-19 outbreaks. And early reports suggest these patients have more severe illnesses than the average case.

How the new cases seem to be different

The authors of the new study in The Lancet are calling the illness the “Kawasaki-like disease,” acknowledging that they are very early in understanding it — and how it is related to Covid-19. Experts in the US are calling the condition “pediatric multi-system inflammatory syndrome potentially associated with Covid-19.” CNN reports that the Centers for Disease Control and Prevention will provide “a working case definition” when it sends out an alert warning doctors to be on the lookout for the illness.

In the 10 patients in Italy, doctors found antibodies to the virus in eight of the children — three of whom also had a current infection. The authors also noted they suspect that at least one of the other two might have had false negative antibody results due to testing issues.

As part of the analysis, the authors compared the recent pandemic cases with the records of the 19 patients with the condition that they treated over the past five years. Although the study was small, they found some key patterns that distinguished the pandemic patients from others with Kawasaki disease in years past.

One key difference is that the recent patients tended to be sicker than those seen before the new coronavirus reached the area. Typically about 10 percent of Kawasaki patients had heart issues (as detected by abnormal echocardiograms), whereas 60 percent of the pandemic cases did.

The newer patients were also more likely to have a severe inflammatory response known as mitochondrial activation syndrome, which, as the authors of the paper note, “is a form of cytokine storm.” (Cytokine storms are extreme immune reactions in the body, which have been fingered as culprits as much of the damage seen in critical adult Covid-19 patients.)

The doctors also found they needed to treat the recent patients with more medications to help them recover.

The children diagnosed during the outbreak also tended to be older (a mean age of 7.5 years) than kids they usually treated for the illness (who had a mean age of 3 years). In fact, Kawasaki disease is usually tracked for children younger than 5. But in this new group, the patients ranged in age from 5.5 to 16 years old.

How is this inflammatory disease linked to Covid-19?

Despite having studied Kawasaki disease for decades, researchers still don’t know exactly what triggers it. Even before Covid-19, a working hypothesis has been that a runaway immune response — possibly combined with a genetic predisposition — brought it on. Previous research had even looked for evidence of other coronaviruses in Kawasaki patients, but overall the evidence was generally only weakly correlated.

The new patterns emerging in places with severe outbreaks of Covid-19, however, are significant. And even though the Italian study was small, the researchers noted that the rate of Kawasaki-like cases at their hospital in the outbreak center of Bergamo had jumped 30 times to their usual rate in the month they studied.

The timing is also interesting to researchers. “If you look at the curves, Covid-19 has plateaued, but there’s an exponential rise in this secondary type of shock syndrome,” Jane Newburger, a cardiologist at Boston Children’s Hospital, said in a release. “It is even possible that the antibodies that children are making to SARS-CoV-2 are creating an immune reaction in the body. Nobody knows.”

In addition to getting a clearer understanding of how the illness might be triggered by the new virus, researchers are also interested in how this could clarify some outstanding questions about the virus itself — and how we might fight it in the broader population.

For example, “if this is an antibody-mediated phenomenon, there might be implications for vaccine studies, and this might also explain why some children become very ill with Covid-19, while the majority are unaffected or asymptomatic,” write Russell Viner, president of the Royal College of Pediatrics and Child Health, and Elizabeth Whittaker, secretary of the British Pediatric Allergy Immunity and Infection Group, in a related commentary in The Lancet.

So far, at least three children have been reported to have died from this inflammatory illness in New York state. All 10 children in the Italian study have since recovered enough to be released from the hospital, although they were still taking medicine at the time of publication. And the researchers say they are scheduled to all have ECGs to check their heart function in the next couple of months.

Still, the researchers argue that the findings reveal a key potential consequence of Covid-19 infections in children.

“The association between SARS-CoV-2 and Kawasaki-like disease should be taken into account when it comes to considering social reintegration policies for the pediatric population,” the Lancet authors write.

In a Senate committee hearing Tuesday, Dr. Anthony Fauci, director of the National Institute of Allergy and Infectious Diseases, also remarked that there are many unknowns with Covid-19, “particularly when it comes to children … We really have to be very careful because the more and more we learn, we’re seeing what this virus can do.”

But doctors underscore that despite the increased incidence of the pediatric syndrome, it is still quite rare, “probably affecting no more than one in 1,000 children exposed to SARS-CoV-2,” the Lancet authors write.

And thus far, children have generally recovered from this illness. “The good news is that, like Kawasaki disease, almost all the kids are treatable,” Charles Schleien, New York’s Northwell Health pediatrics chair, told USA Today. “It’s highly likely that, with treatment, they’re going to be fine.”