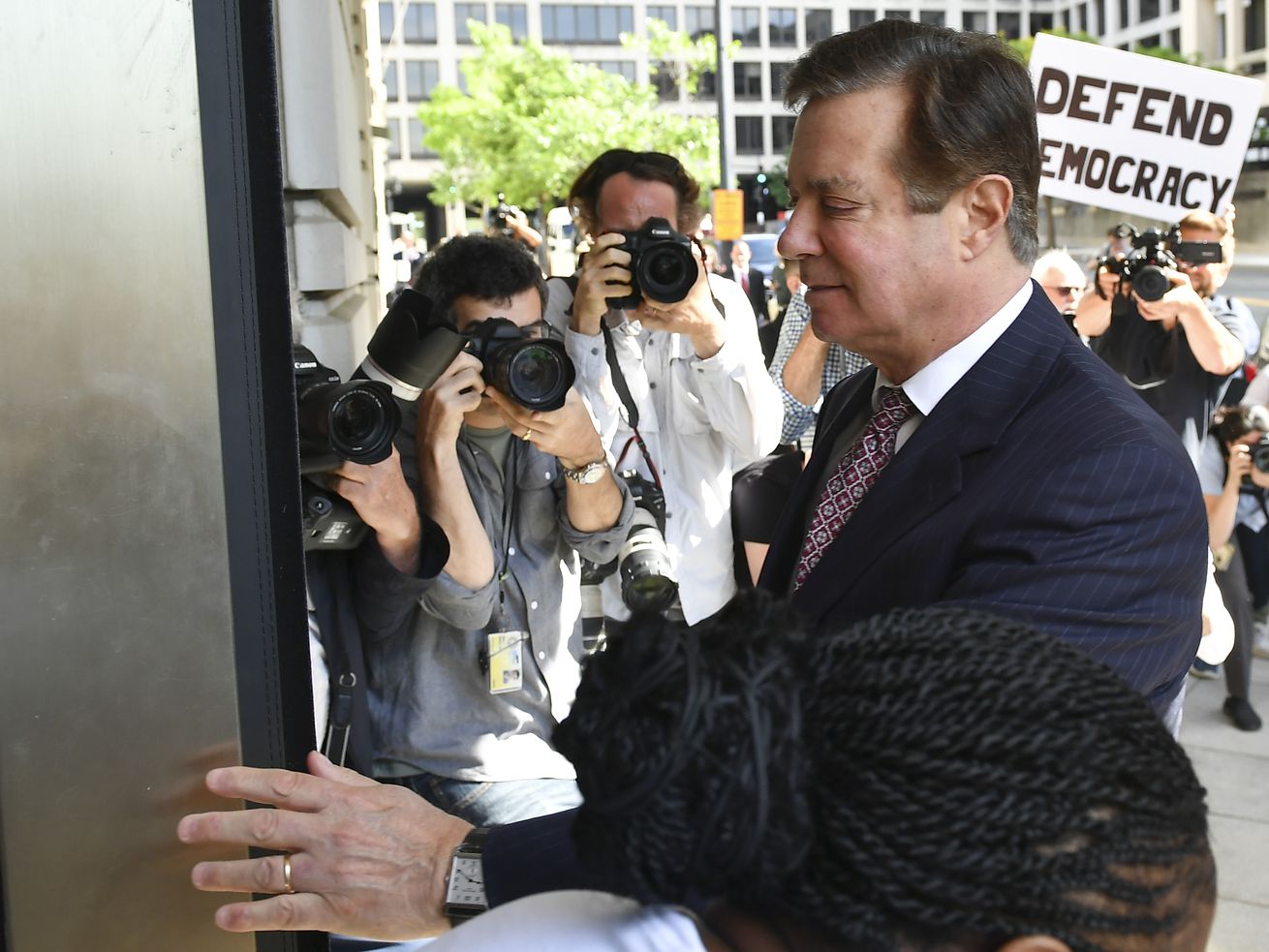 It’s not clear whether Manafort offered to “flip” in recent talks.

The news is the first substantive indication that Manafort may try to cut a deal with Mueller’s team in the 10 months since he was first charged with financial and lobbying-related crimes. (He was convicted of eight counts in Virginia last week.)

Many have speculated that Mueller’s true goal in charging Manafort has been to pressure him to “flip” against President Donald Trump, leading him to share information and become a cooperating witness in the probe of Russian interference in the campaign. If that happened, it truly would be a bombshell. And it’s certainly at least possible that Manafort’s newfound conviction has changed his calculus and made him more likely to cooperate.

But there are two important details in Viswanatha’s report that cast doubt on whether such a flip truly was on the table.

First off, Viswanatha writes that the goal of the talks was to forestall Manafort’s next trial, which is scheduled to begin in Washington, DC, on September 17. Second, she reports that the talks fell apart — due to unspecified “issues raised by” Mueller’s team.

Furthermore, keep in mind that that looming over all this is the specter of a potential presidential pardon for Manafort — which Trump has publicly seemed to hint he’s open to. Indeed, securing a pardon be more important to Manafort than ever now that he has actually been convicted and is likely facing a prison sentence.

Flipping on Trump could ease Manafort’s sentencing. But it would scuttle any hopes he has of a pardon that would wipe his new criminal record away entirely. So Manafort may well continue to hold out.

To understand what both Mueller and Manafort have to take into account, keep in mind that there are now three separate sets of charges he has to juggle.

According to the Wall Street Journal Journal, the plea deal talks took place while the Virginia jury was deliberating and only involved that third set of charges, the DC ones. That may imply that what was on the table was actually rather limited in scope.

Then, beyond all the charges actually brought against Manafort, there’s the question of his importance to Mueller’s larger investigation into the Trump campaign, Russia, and the 2016 election. This is likely what will truly guide Mueller’s decisions on Manafort going forward.

It’s widely believed that Mueller has focused so intently on Manafort because he believes he is important to the Russian interference probe. But we have very little insight into the specifics of Mueller’s thinking on this front. What does he think Manafort knows — is he the key to collusion, or something less impressive?

And if Mueller truly did initially hope to “flip” Manafort by charging him last year, is he still hoping to make that happen? Or, after months more of the investigation and other plea deals (including from Manafort’s right-hand man Rick Gates), is this no longer a priority? The special counsel, naturally, isn’t saying.