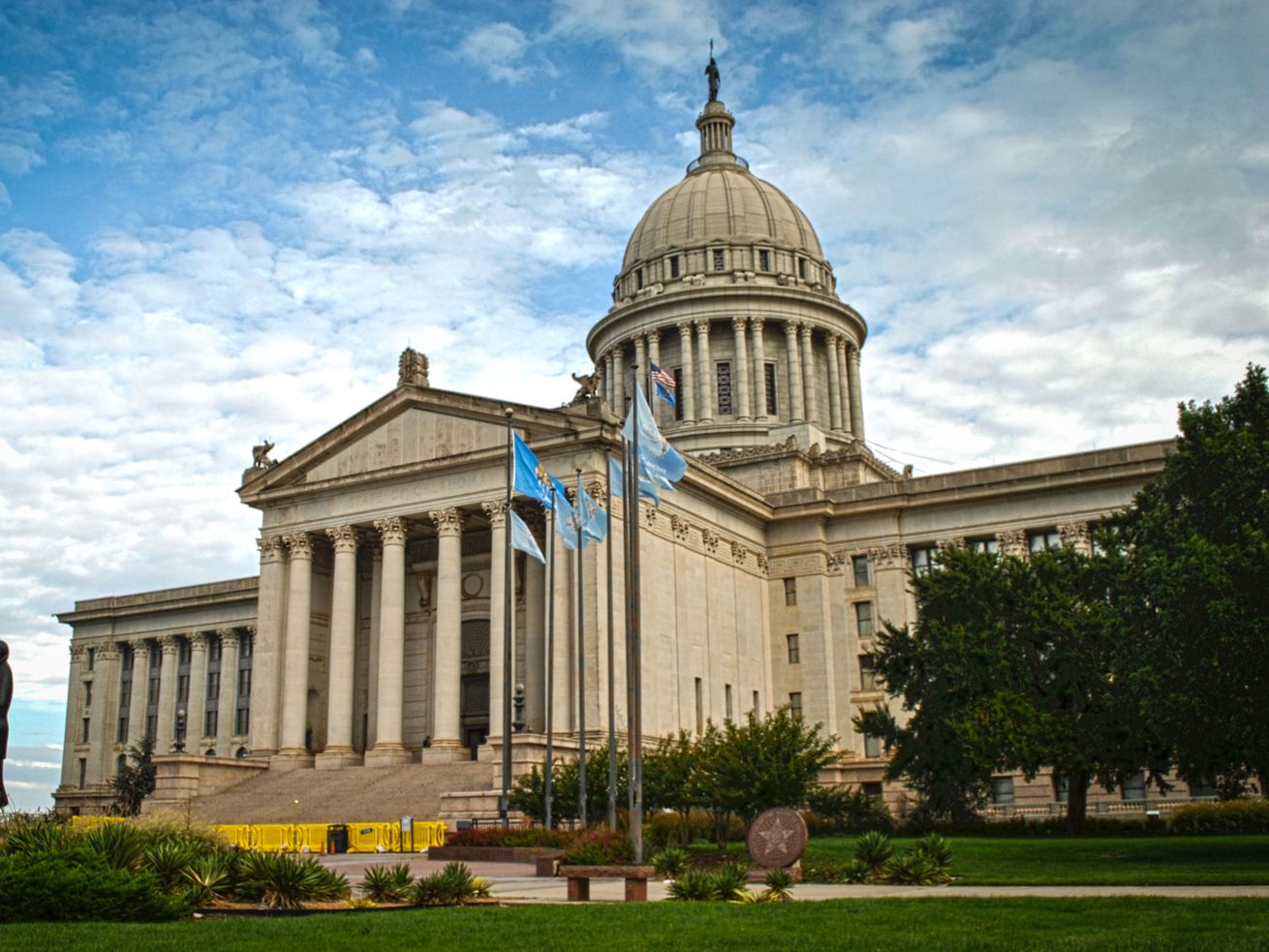 Democrats should learn from the successes — and the mistakes — of Republicans in seizing control of state governments.

While Democrats are rightly focused on retaking the White House in 2020, they should not let the battle for the presidency distract them from rebuilding power across the states. Since 2010, Republicans have gained control of a record number of legislatures and governorships — and have used that control to steer state policy to the right.

Even as Congress remains gridlocked, GOP states have enacted a number of conservative priorities, including cutting union rights, reducing access to abortion, dampening efforts to raise the minimum wage, and stymieing implementation of the Affordable Care Act.

Progressives can learn from conservative success. But as I caution in a recent book, State Capture: How Conservative Activists, Big Businesses, and Wealthy Donors Reshaped the American States—and the Nation, progressives all too often take the wrong lessons from conservative victories. These misconceptions make it harder for progressive activists and donors to focus attention on the efforts that might yield payoffs in the future.

While the book debunks a number of these myths, in this post I focus on two of the most pervasive misperceptions, describing what they miss about the history of conservative cross-state mobilization and what progressives can learn from a more accurate reading of right-wing history.

This myth says that conservatives simply have it easier than liberals because businesses, right-wing activists, and conservative donors are mostly on the same page about what they want from government. By comparison, the left is made up of a more diverse coalition of groups — representing environmental and climate causes, gender equality, civil rights, and labor, to name a few. Given that fractured set of interests, the argument goes, it is harder for the left to fund and support organizations that might build cross-state power.

Without contesting the diversity present on the left, it would be a big mistake to assume conservatives are monolithic. As I document in State Capture, the right-wing organizations pushing conservative policy priorities — like the American Legislative Exchange Council (ALEC) — initially struggled to marry private-sector businesses with libertarians and social conservatives.

Sometimes corporate executives were on the same page with small government libertarians in pushing for lower taxes. But in other cases businesses wanted more favorable regulatory treatment or subsidies that would expand the role of government. Libertarians, for their part, had to be convinced to make common cause with social conservatives pushing for greater government oversight of personal behavior. And controversy-shy businesses were initially wary of joining groups pushing hot-button social issues, like fighting gay marriage or expanding gun rights. In short, the right looked just as fractious as the left.

How did conservative organizations overcome these fault lines? The secret was coming up with organizational structures that minimized conflict and ensured that the interests most invested in a particular policy got to drive legislation in that area.

For instance, ALEC set up a system of task forces that decentralized policy proposal writing to the businesses and activists who cared the most about an issue; agricultural companies wrote model bills on environmental regulations while social conservative groups crafted welfare proposals. And within these task forces, ALEC established clear rules about which members would prevail when there were disputes: organizations that paid more would win. As I show in the book, after ALEC adopted these procedures they were able to attract more donors and build their presence across the states.

Just as importantly, my book shows how organization leaders helped the diverse conservative constituencies to agree on a common sequence of policy proposals. Although social conservatives might not care all that much about labor unions, ALEC made the case to its members that prioritizing cutbacks to union rights first would pave the way for later victories on other, nonlabor issues.

Indeed, as I have shown in recent research, states that pass conservative-backed proposals to hobble unions make it harder for Democrats to win subsequent elections — and therefore make it easier for conservatives to pass a range of other policies.

The lesson for the left is that diversity need not be a barrier to building powerful organizations with a presence across the states. Like conservative entrepreneurs did in the 1980s, progressive leaders need to construct organizations whose governing structures set common agendas. They also need to sequence policy so that early wins build political power for later victories.

Progressives do not necessarily have to copy ALEC’s “pay to play” model. But they do need ways to adjudicate between conflicting interests and set common goals. Strengthening labor unions, for instance, should be a Day 1 priority for newly elected Democrats to shore up progressive electoral and legislative clout.

The second big myth about conservative success is that it is all driven by big money: Conservatives simply have more money and therefore the left can never truly compete. As I’ve documented in other research, it is true that networks of wealthy donors on the right (like the seminars organized by billionaire libertarians Charles and David Koch) regularly out-raise similar initiatives on the left (like the Democracy Alliance). But as I show in State Capture, the biggest difference between right and left efforts to build state power is not the money raised by the right, but where conservative organizations have directed those funds.

Liberal efforts to build state power have historically focused on states already friendly to progressive causes. By comparison, conservative organizations like ALEC made a conscious effort to build networks of legislators across a variety of states — not just traditional conservative enclaves but also purplish states in the Mountain and Midwest regions. This meant that these organizations were well-positioned to take advantage of wave elections, like in 2010 and 2014, that flipped control of legislatures to Republicans.

Although these three organizations are distinct from one another, they coordinate with each other quite closely: ALEC writes model bills that it encourages state legislators to support and pass, SPN think tanks pump out research reports, testimony, and media coverage in support of those model bills, and AFP’s grassroots volunteers help to elect politicians favorable to ALEC’s priorities and then lobby state governments to pass those model bills.

The close coordination is no coincidence: My book shows how the three organizations have deliberately established mechanisms to work together, like sitting on one another’s leadership committees or coordinating grants from wealthy donors across their networks.

Contrast this coordination with the left, where over the years a number of organizations have sprung up to organize state legislators and press policy ideas across state governments. These organizations — representing an alphabet soup of acronyms — frequently competed with one another for funding from progressive donors, sapping energy and scarce resources instead of supporting a common agenda.

The end result was that progressive cross-state organizations have historically been less than the sum of their parts, while the conservative “troika” of ALEC, AFP, and SPN acted as force multipliers for each other’s efforts.

The upshot for progressives today is that organization leaders and donors need to be more mindful of how new state networks will complement existing efforts. Instead of creating new organizations every few years, progressives would be wise to see what functions and strategies — like grassroots support, legislative research and idea generation, or communications — are well-represented among existing state-based initiatives and where such resources are lacking.

Then, and only then, should progressives consider creating new organizations to fill gaps, all while carefully considering how each effort reinforces their common agenda.

Learning from conservative victories and missteps

In his excellent history of conservative efforts to reshape American law, political scientist Steve Teles coined the felicitous idea of a “myth of diabolical conservative competence.” By that, Teles was describing how many accounts of conservative political mobilization focus on the successes that conservatives have enjoyed without considering conservative failures.

Such accounts — common among academics as well as journalists and political operatives — ultimately tell an incomplete history. Many of the myths I describe in State Capture stem from over-reading conservative successes while paying too little attention to their missteps, like divisions on the right or how conservative groups made use of their initial funding.

Progressives already face an uphill battle to rebuild their power across the states. They shouldn’t make it harder by relying on incomplete or wrong-headed lessons from their conservative rivals.

Alexander Hertel-Fernandez is an assistant professor of international and public affairs at Columbia University and the author most recently of State Capture.