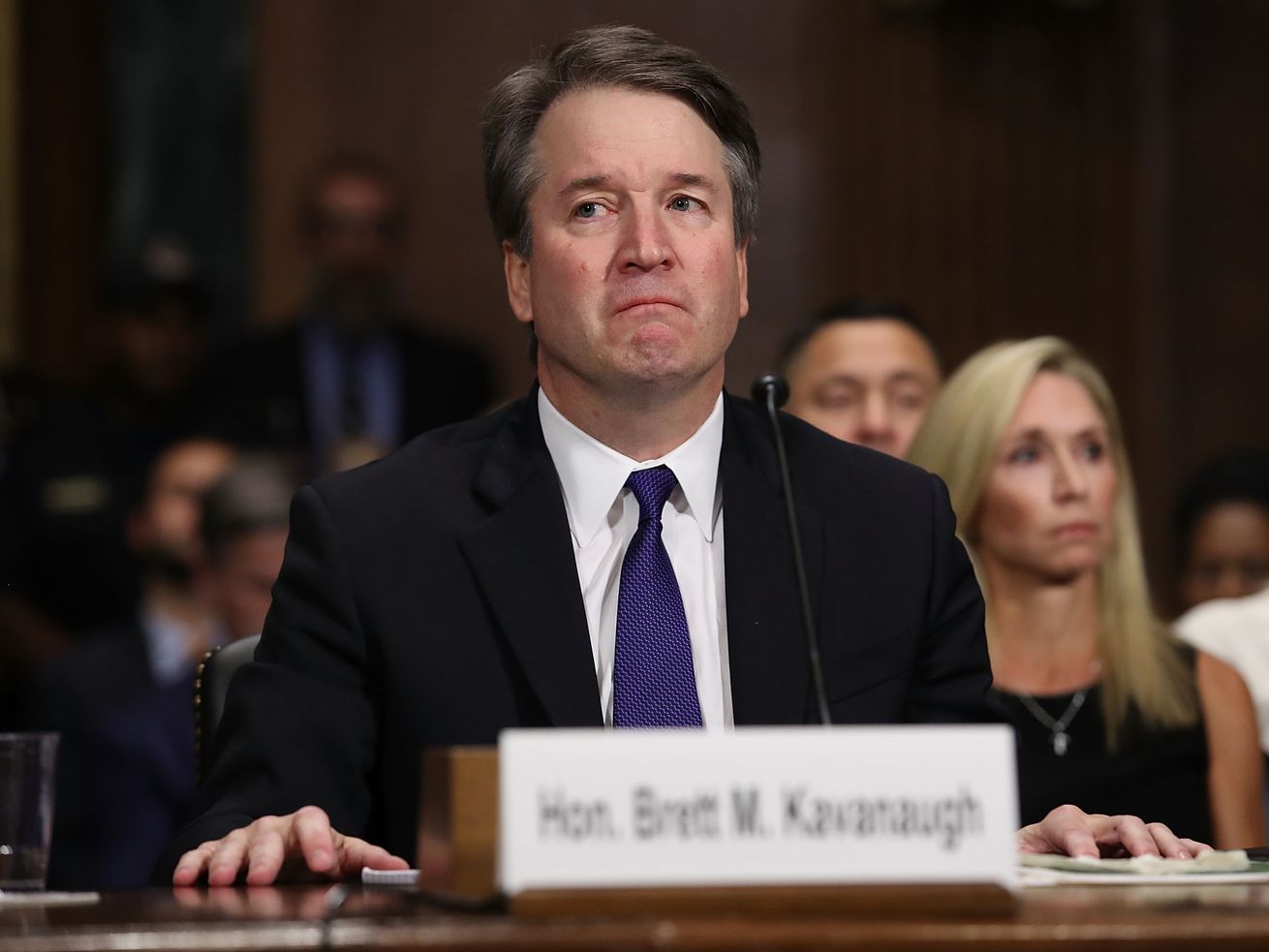 He choked back tears while testifying in front of the Senate.

Supreme Court nominee Brett Kavanaugh was alternately outraged and tearful throughout his roughly 40-minute opening statement in front of the Senate Judiciary Committee on Thursday — remarks he gave in an effort to defend himself from multiple allegations of sexual misconduct.

Kavanaugh has been accused of sexual assault or misconduct by three women, and has unequivocally denied all the accusations. He spoke after Christine Blasey Ford — a Palo Alto University professor who has accused him of trying to force himself on her in high school — offered raw and emotional testimony describing her recollection of the alleged assault earlier in the day.

Kavanaugh’s remarks also had no shortage of emotion.

By his own account, he read his opening statement from an entirely new draft that differed from a previous document that had been shared with the committee. “I wrote it myself yesterday afternoon and evening; no one has seen a draft or it except for one of my former law clerks,” he said at the hearing.

Kavanaugh appeared agitated and angry for much of the first half of his remarks. He lashed out repeatedly about the impact the recent allegations have had on his family and his life — and characterized the emergence of the allegations as a revenge plot by Democratic lawmakers in the wake of their 2016 election loss.

“Revenge on behalf of the Clintons and millions of dollars in money from outside left-wing opposition groups. This is a circus,” he said.

His disposition, however, shifted after he mentioned his children’s reactions to the furor that has surrounded these allegations. In a surprising moment, he began tearing up while describing his 10-year-old daughter’s reaction to Ford’s allegations. “We should pray for the woman,” Kavanaugh says his daughter responded.

“That’s a lot of wisdom from a 10-year-old,” he said to the committee through choked-back tears. Kavanaugh subsequently became tearful multiple times while describing his relationship with his family and the impact these allegations could have on his interest in teaching and coaching.

The show of emotion marked a radical difference from the staid, almost robotic tone Kavanaugh exhibited during a Fox News interview scrutinizing the allegations earlier this week. He did return, however, to one recurring talking point: He said he believed that Ford could have been assaulted — but fully denied that he was involved at all.

“I am not questioning that Dr. Ford may have been sexually assaulted by some person in some place at some time, but I’ve never done that to her or to anyone,” he said.