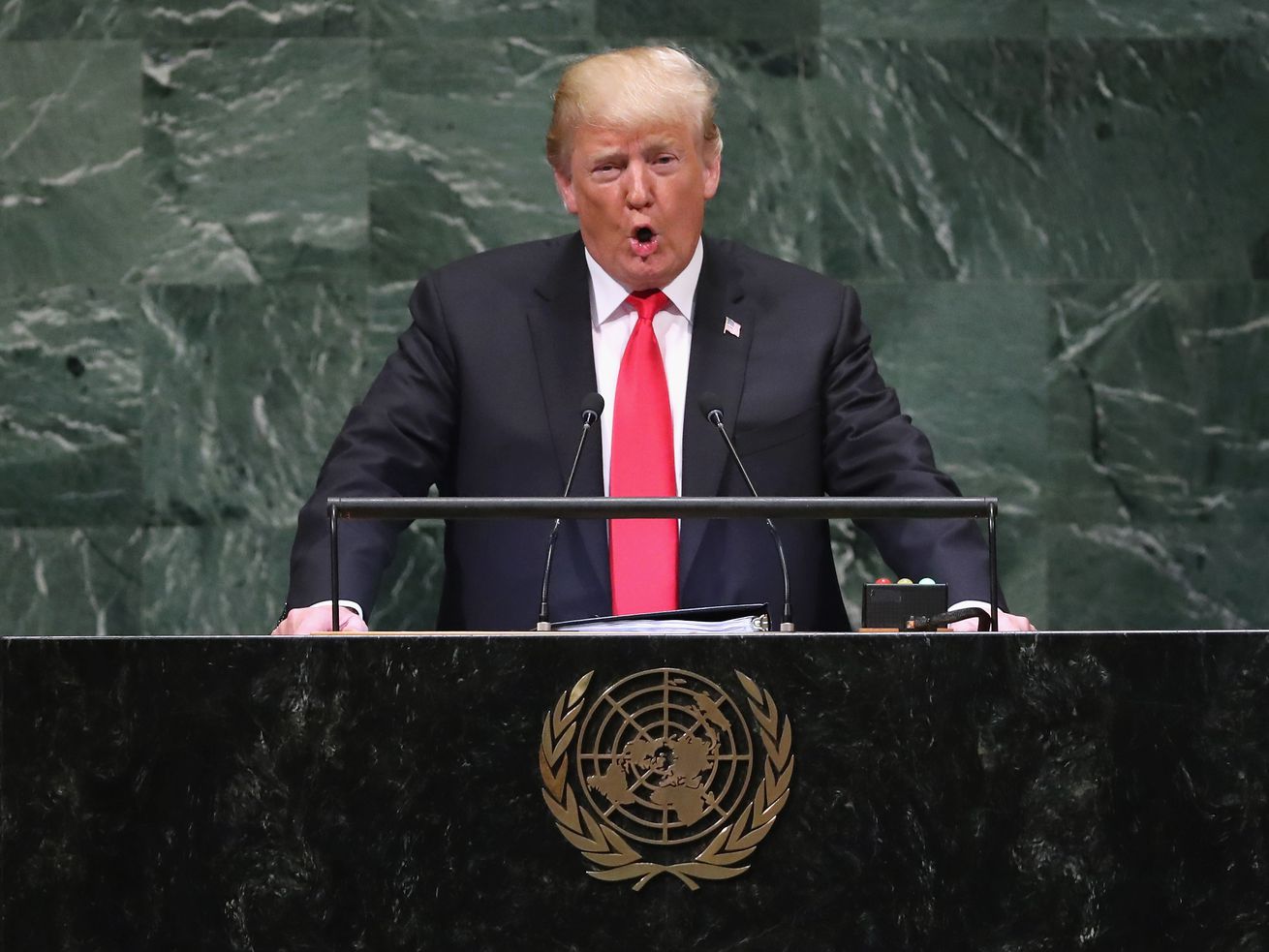 One of President Trump’s favorite attacks on his political opponents is to say that the world is “laughing” at the United States. But on Tuesday, during Trump’s speech to the United Nations General Assembly, the assembled world notables literally laughed at him.

The audience erupted in laughter early, when Trump bragged about his accomplishments as president. “In two years, we have accomplished more than almost any administration in the history of our country,” he said.

Trump makes this sort of grandiose claim all the time, typically to friendly audiences at home. But the UN audience is less willing to indulge him, and at least a few members of the audience audibly giggled at this truly ridiculous claim. This flustered Trump, who smiled and said “so true” in response to the laughter. That bred even more laughter, though it was hard to tell at whose expense.

WOW! The UN audience laughs at Trump after he claims, “my administration has accomplished more than almost any administration in the history of our country.” pic.twitter.com/tXg50ejQqy

Past American presidents were not met with this kind of derision. That’s not surprising: Pew data shows that trust in the United States around the world plummeted after Trump took office. While Trump may be able to get away with this kind of absurd bragging at home — putting his presidency at the same level as Washington’s, Lincoln’s, and FDR’s — world dignitaries have more critical distance and no political incentive to let him get away with hyperbole.

Then there’s the sheer irony of the situation. Trump is “obsessed,” as NBC reporter Benjy Sarlin puts it, with the idea of the world laughing at the United States:

Selection of same tweets with “laughing stock.” Even the Sudan is apparently cracking up over our wacky screw-ups pic.twitter.com/z3wNVyBuhp

And now they are literally laughing at him. It’s the “there’s always a tweet” principle on steroids.