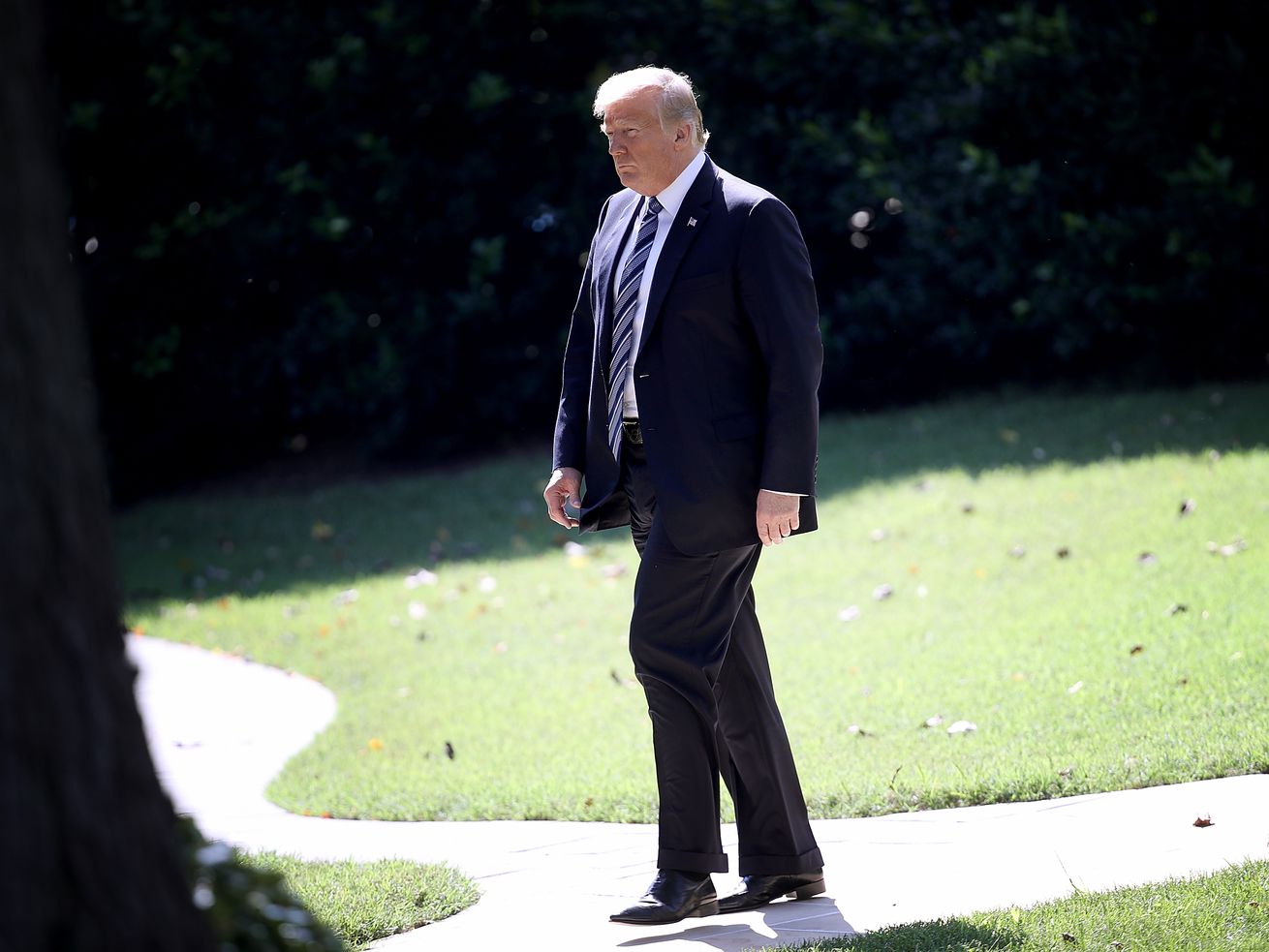 President Donald Trump’s approval ratings have dropped precipitously in eight major polls, hitting their lowest point in six months. Trump’s declining popularity with voters outside of the Republican Party may put Republicans’ hopes of holding the House in jeopardy.

Only Rasmussen gives the president a total approval rating above 45 percent. Unlike other polling services, Rasmussen has a slightly different theory of likely voters than other polling outfits and uses automated calls made to landlines as well as a sample of online surveys; which means those polled tend to be older and more likely to vote for the GOP — though, to be clear, that doesn’t necessarily mean it is biased as a polling outfit.

Since August 28 — just a week after former Trump campaign manager Paul Manafort was convicted on financial fraud charges and Trump’s former attorney, Michael Cohen, pleaded guilty to eight federal crimes — the Trump presidency has been besieged by controversies, including an anonymous New York Times op-ed from a senior White House staffer and a new book by Watergate reporter Bob Woodward that depicts abject chaos in the White House.

Coupled with an unpopular Supreme Court nominee, the administration is having a difficult time trying to make the case for its own successes to the American populace — and it’s starting to show in polling.

For comparison’s sake, then-President Bill Clinton’s approval ratings in September of 1994 hovered between 39 percent and 44 percent. That fall, Republicans won a net gain of 54 seats in the House of Representatives and eight seats in the Senate, gaining control of both the House and Senate for the first time since 1952 in the so-called “Republican Revolution.”

FiveThirtyEight currently gives Democrats a 78 percent chance of winning back the House this fall.

Correction: This story has been updated to more accurately reflect Rasmussen’s polling methodology.