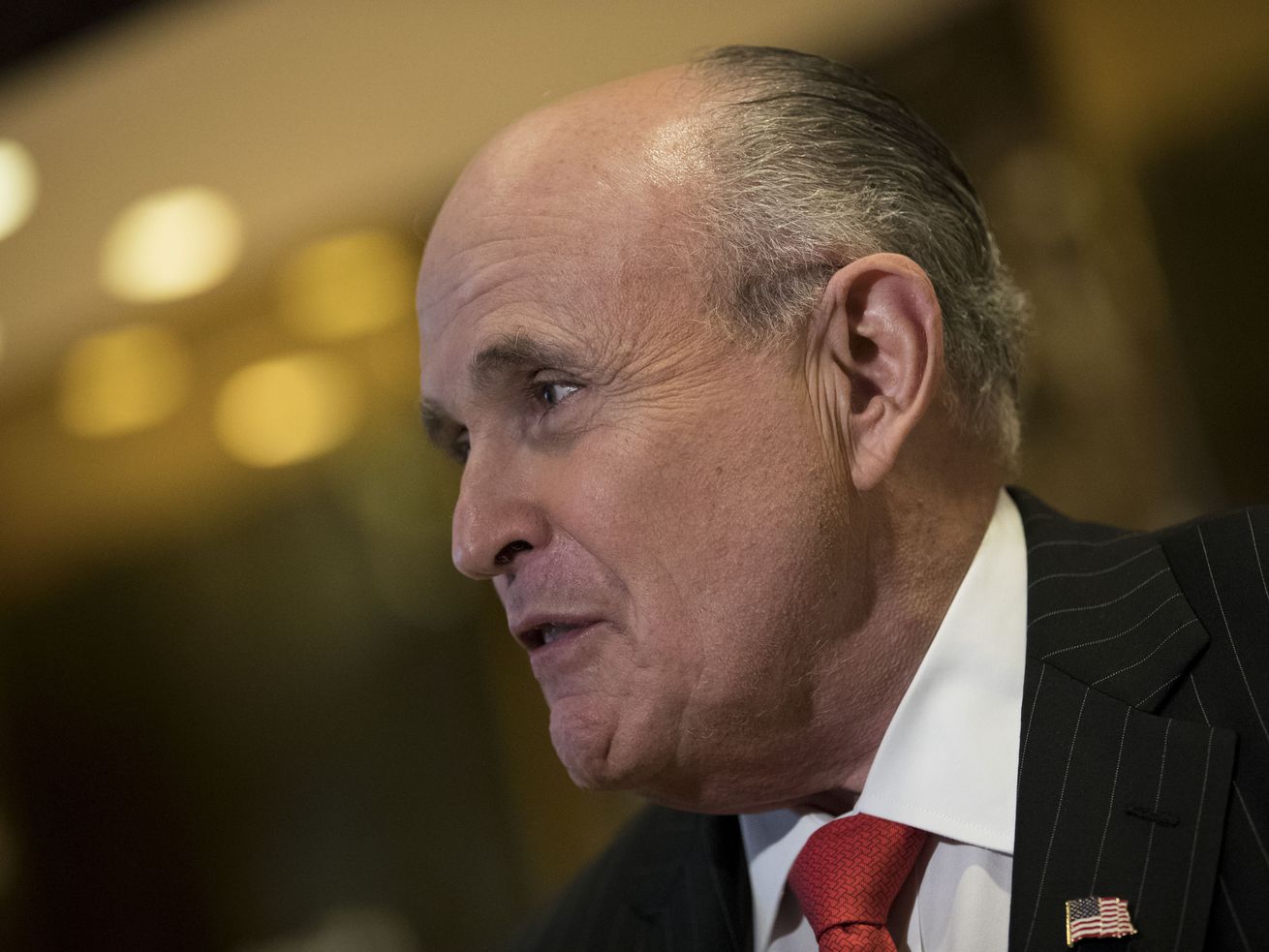 Giuliani said Manafort would “tell the truth, after he struck a plea deal with Manafort. Then he backtracked.

Rudy Giuliani, Trump’s lawyer, issued a statement saying, “Once again an investigation has concluded with a plea having nothing to do with President Trump or the Trump campaign. The reason: the President did nothing wrong and Paul Manafort will tell the truth.”

But just minutes later, Giuliani issued a revised statement that conspicuously omitted the “and Paul Manafort will tell the truth” part and merely said “The President did nothing wrong.”

While the complete terms of the plea deal aren’t clear yet, Manafort is reportedly expected to provide full cooperation with prosecutors. Manafort’s decision to cooperate with the special counsel could be profoundly damaging for the president, as he could potentially provide information about any coordination between the Trump campaign and Russia during the 2016 election.

Giuliani seemed to realize this, too, after he’d already sent out the initial statement.

That last-minute edit suggests Trump’s lawyers are worried about what Manafort might tell prosecutors — and whether what he tells them could potentially incriminate the president.

By leaving off the “Manafort will tell the truth” part, they’re not only scrambling to insulate themselves from what Manafort might say, but likely preparing to go on the attack — as Giuliani and Trump have done before when former Trump associates, such as Michael Cohen, have flipped.

It’s unclear what information Manafort has to offer prosecutors, and there’s no evidence right now that any of it could implicate Trump in the investigation into Russian collusion.