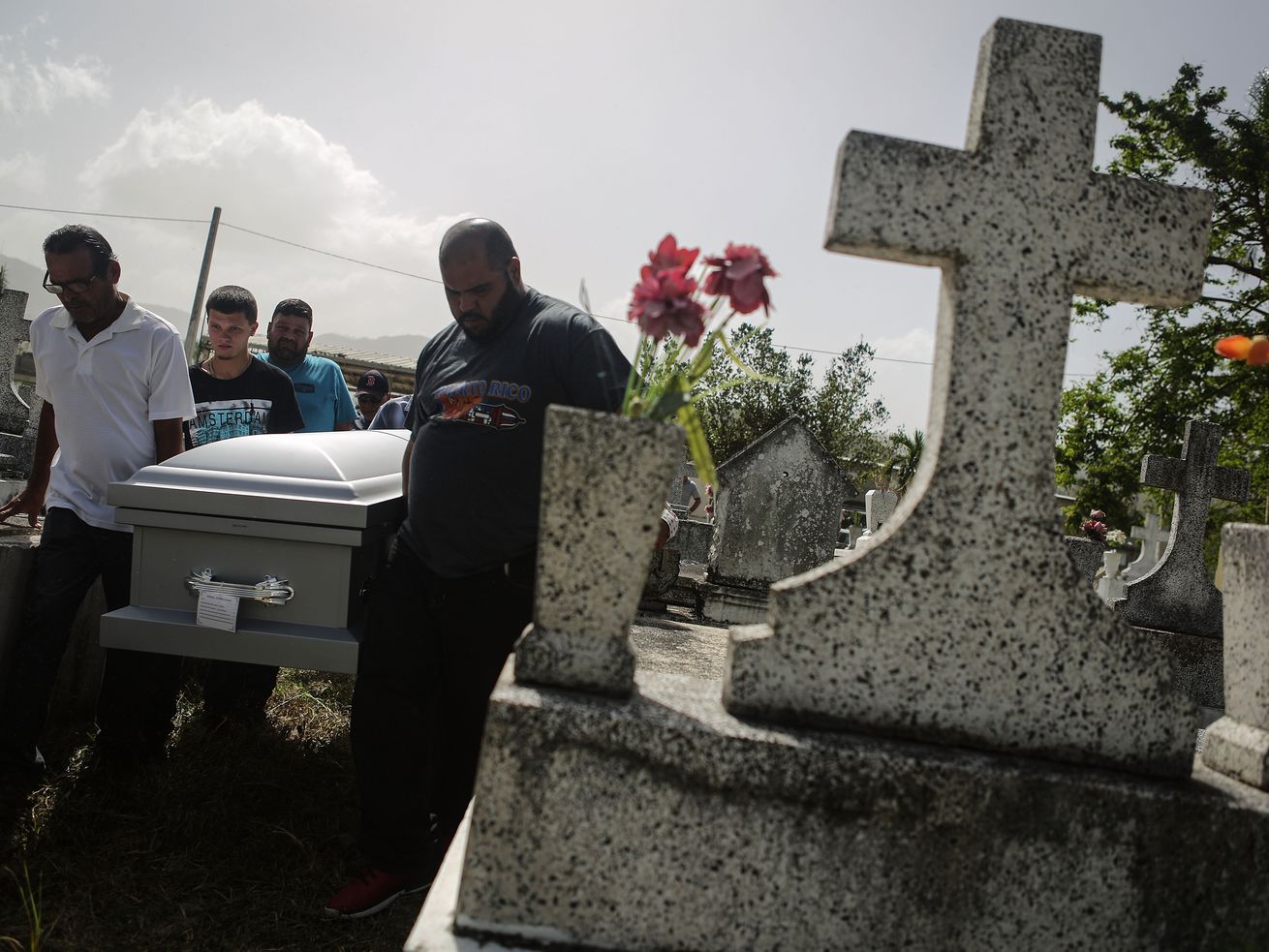 He is denying that 3,000 people in Puerto Rico died from the storm.

President Donald Trump kicked off his Thursday morning by contesting the validity of rigorous, independent research on the death toll from Hurricane Maria, saying instead that these numbers were the work of Democratic opponents trying to smear him.

In a pair of tweets, the president said that 3,000 Americans did not actually die from Hurricane Maria in Puerto Rico last year, and that the research showing they did was part of a Democratic conspiracy to make him “look as bad as possible.”

Of all Trump’s conspiracies theories and false tweets, these are particularly heinous:

3000 people did not die in the two hurricanes that hit Puerto Rico. When I left the Island, AFTER the storm had hit, they had anywhere from 6 to 18 deaths. As time went by it did not go up by much. Then, a long time later, they started to report really large numbers, like 3000…

…..This was done by the Democrats in order to make me look as bad as possible when I was successfully raising Billions of Dollars to help rebuild Puerto Rico. If a person died for any reason, like old age, just add them onto the list. Bad politics. I love Puerto Rico!

It’s bad enough that the president denied responsibility for his administration’s failed emergency response to the Category 4 storm, but now he is denying that thousands of Americans died from lack of oxygen, food, water, and medical attention, and by suicide.

Trump wants people to believe reality is not real

Trump is trying to make the case that the initial death toll of 16 is the accurate one. But it was clear to journalists and medical responders from the start that that number was way off. All you had to do was scan local news reports to find evidence — and Vox easily found 81 cases of people who drowned, were crushed by storm debris, or died because they couldn’t get medical care shortly after the storm hit.

While it’s true that many, many people died after Trump left Puerto Rico, they still died because of the hurricane and the destruction it brought, and because the government failed to respond quickly or effectively enough to keep them alive.

The island-wide blackout that lasted for months meant people couldn’t get clean water or prescription drugs. They couldn’t refrigerate their diabetes medication or hook up their oxygen tanks. They are not people who “died of old age,” as Trump suggests. Researchers consider them indirect hurricane deaths, and they are normally counted in a disaster’s official death toll.

The latest death estimates, released last month by researchers at George Washington University, showed that 2,975 people likely died directly and indirectly from the storm. The findings are consistent with estimates from scientists at Harvard and Penn State.

And to be clear, these were all independent research projects by some of the world’s top universities, not the result of some sort of Democrat-led conspiracy, as Trump posits.

It seems very possible that the president tweeted about these absurd theories to deflect criticism about the administration’s disaster readiness ahead of Hurricane Florence.

Trump says the federal government is “ready” for the hurricane, whose Category 4 winds are barreling toward Virginia and the Carolinas.

And on Tuesday, he said the government’s “incredibly successful” response to Hurricane Maria in Puerto Rico last year is proof that he has everything handled.

Trump made these remarks at the White House during a public briefing on the hurricane with Brock Long, head of the Federal Emergency Management Agency. A reporter had asked Trump what lessons he learned from Hurricane Maria and how he has applied them to the government’s emergency plan for Hurricane Florence.

From his response, it’s clear that Trump doesn’t think there were any lessons to learn from one of the deadliest natural disasters in US history. He definitely didn’t mention the nearly 3,000 Americans who died from the storm, or FEMA’s delay in approving crucial disaster aid to Puerto Rico, or the fact that FEMA hired inexperienced contractors, including one that failed to deliver millions of emergency meals to hurricane survivors.

The president now wants people to believe in an alternate reality — one in which no real disaster even happened.