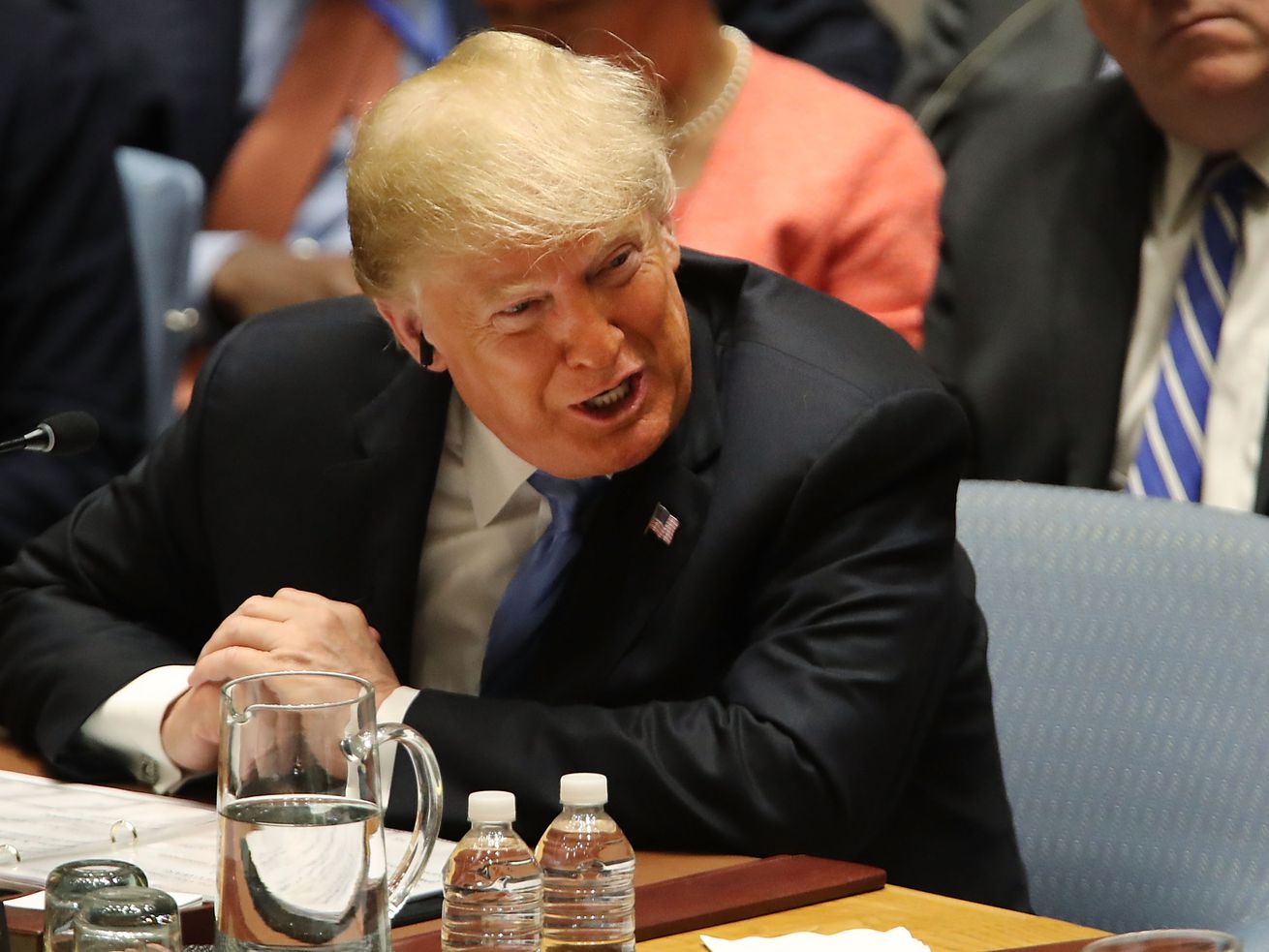 President Donald Trump made a telling admission in defending Supreme Court nominee Brett Kavanaugh Wednesday: that, in some sense, this is also about the sexual assault and misconduct allegations against Donald Trump.

During a press conference at the United Nations on Wednesday, Trump was asked if his “personal experiences” of “being accused” have impacted his response to the Kavanaugh claims.

“Well it does impact my opinion, you know why? I had a lot of false charges made against me,” the president said. “I know friends that have had false charges. People want fame, they want money, they want whatever. So when I see it, I view it differently than somebody sitting home watching television.”

Trump maintained that the sexual misconduct allegations against Kavanaugh were a “con job” from Democrats who “laugh like hell” about it in private.

However, he also claimed to be keeping an open mind about Thursday’s Senate Judiciary Committee hearing, where Christine Blasey Ford and Kavanaugh will be testifying. “I’m going to see what’s said. It’s possible that they’ll be convincing,” the president said. (Ford has accused Kavanaugh of forcing himself on her while they were both in high school, something Kavanaugh has denied.)

Some of Trump’s accusers attempted to fundraise or sell their stories, which they maintain are accurate. But his total number of accusers isn’t just four or five — more than 20 women have made allegations of sexual misconduct against Trump, according to Business Insider.

Trump said that if he ultimately believed Ford’s testimony, he could pull his support for Kavanaugh: “If I thought he was guilty of something like this, sure.” Given the lavish praise Trump has heaped on the nominee, however, it’s not at all clear how likely it is that a change might happen.