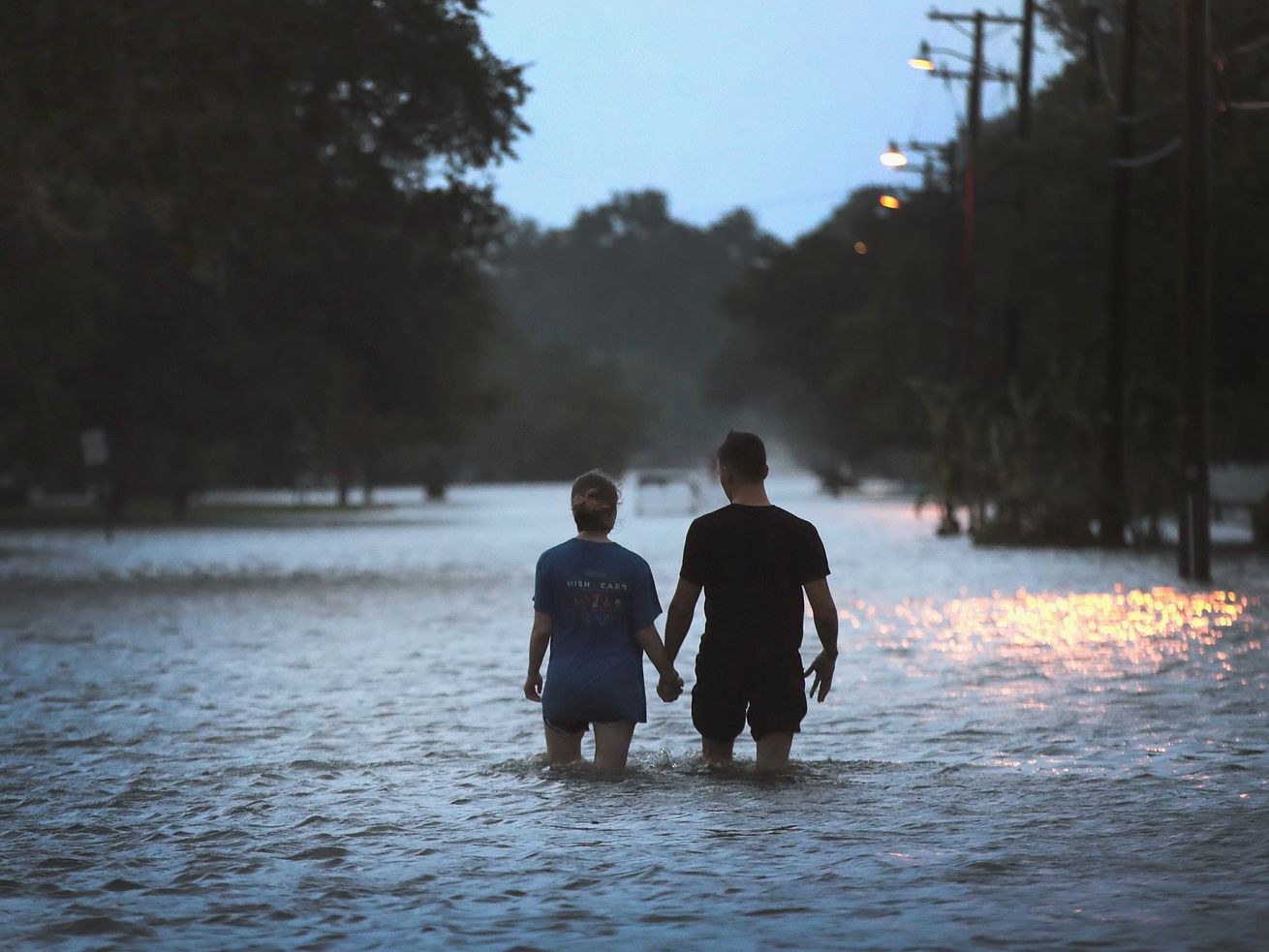 The storm was briefly the first hurricane of the 2019 Atlantic season.

Tropical Storm Barry, which the National Weather Service said has brought 75 mph winds to the Gulf Coast, was upgraded to a Category 1 hurricane Saturday morning as it made landfall in Louisiana. By Saturday afternoon, it had been downgraded to a tropical storm. (To be considered a hurricane, a storm’s winds must reach at least 74 mph.)

A tropical storm warning remains in effect for the western section of the Louisiana coast.

Here’s a look at #TropicalStormBarry ahead of it making landfall. Our @NASAEarth satellites are continuing to collect data on this storm as it is expected to bring more rain. Get the latest updates about the storm by following @NASAHurricane and our blog: https://t.co/l9kJPuRts1 pic.twitter.com/NODRS81Hwu

“Eighty-three percent of fatalities from these systems have been from inland rain,” National Hurricane Center Director Ken Graham said Saturday. “So let’s stay off the roads. Let’s prevent these preventable fatalities.”

The heavy rain is more dangerous than usual because Louisiana has suffered intense flooding over the past week due to other storms. A number of streets in New Orleans were already at dangerous water levels ahead of the hurricane, and some feared Barry could swell the Mississippi River so much that it would top the city’s levees (which vary in height from 20 to 25 feet).

Those fears have been allayed somewhat; the Mississippi River rose to 17.1 feet after a storm surge Friday, forecasters now expect its levels to decrease and the levees to hold.

An alligator was spotted wandering a flooded roadway in Mississippi as Tropical Storm Barry bears down on the Gulf Coast. https://t.co/bFA6fIxfaF pic.twitter.com/g9HTdBL69d

Other rivers are also of concern, however.

The Comite River in Baton Rouge, for instance, is forecasted to rise to well over 30 feet Saturday, which would break the record of its previous flooding three years ago. At that time, the flooding killed 13 people, and damaged 140,000 homes resulting in at least $10 billion in property damage, according to meteorologist Bill Karins.

New river forecasts for #BatonRouge area are extreme & heart breaking. Comite river expected to break record crest from 3 years ago when region had 10-15 billion in damages, 13 fatalities & 140,000 homes damaged. Need pray forecast of 10-20″ of rain is much less. Pics 2016 pic.twitter.com/cgwduncjVO

@ErikaFerrandoTV reporting from Terrebonne Parish where a mandatory evacuation is underway for certain areas, she shows us why. Stay with @WWLTV for the latest pic.twitter.com/mBHcny4Jng