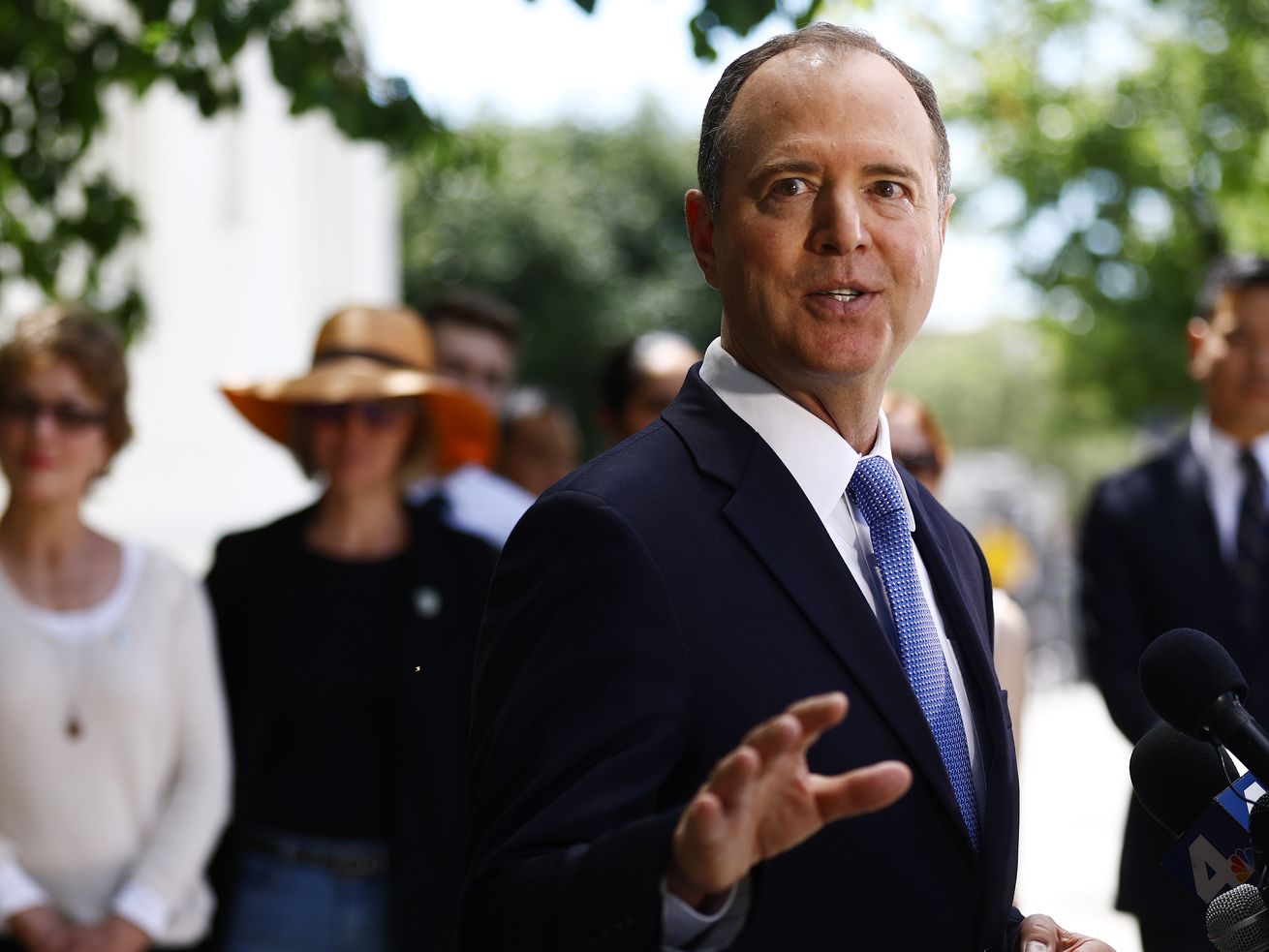 Reps. Adam Schiff and Elijah Cummings explained why the House may move to impeach Trump knowing the effort is likely to fail in the Senate.

“The obstruction of justice in this case is far worse than anything Richard Nixon did,” Schiff said. Later in his appearance, Schiff added, “I do believe that [Trump] obstructed justice and did so in many ways.”

Rep. Adam Schiff on the Mueller report and President Trump: “The obstruction of justice in particular this case is far worse than anything that Richard Nixon did … so yes, I would say in every way this is more significant than Watergate” https://t.co/yZdNkbTlSI pic.twitter.com/ijtCWc2w4B

On NBC’s Meet the Press, Nadler told Chuck Todd there is “plenty of evidence of obstruction,” in the Mueller report. He added there is evidence in the report that could constitute grounds for impeachment.

“Obstruction of justice, if proven, would be impeachable,” Nadler said. “We’re going to see where the facts lead us.”

NADLER: ‘There is plenty of evidence of obstruction’ #MTP https://t.co/BiM6LVF0ay pic.twitter.com/xKpIRH3OfB

Schiff went a bit further than Nadler, saying, “The level of evidence in the Mueller report is serious and damning and in normal circumstances would be without question within the realm of impeachable offenses.”

However, the representative said he believes “an impeachment is likely to be unsuccessful” because of the support President Trump enjoys in Congress. Schiff specifically mentioned Senate Majority Leader Mitch McConnell and House Minority Leader Kevin McCarthy as Republicans who would stand in the way of impeachment proceedings.

Despite this, Schiff said “it may be that we undertake an impeachment nonetheless,” and that Democrats will gather in the coming days to decide “what is the best thing for the country.” The Congressman argued not starting impeachment proceedings could send a message that the behaviors outlined in the Mueller report are “compatible with office,” and so Democrats might decide to work to impeach Trump knowing they will likely fail.

JUST IN: Rep. Adam Schiff tells @MarthaRaddatz congressional Democrats “may” take up impeachment in the wake of special counsel Mueller’s report, and that the decision will be made based on “what is the best thing for the country” https://t.co/A40N3k8AwK pic.twitter.com/DcMQX34k7h

This argument was echoed by Cummings on CBS’s Face the Nation, who said that while he isn’t ready to advocate for impeachment, he believes if the House tries to impeach Trump and fails due to the Republican controlled Senate, “history would smile upon us for standing up for the Constitution.”

Cummings also said Congress has a duty to send a message to the president that certain behavior will not be tolerated.

“If we do nothing here, the president is going to be emboldened,” Cummings said. “His aiders and abettors will say, ‘He is pretty strong,’ and they will continue to go along with him.”

House Oversight Chair @RepCummings says even if the House moves forward to impeach Pres. Trump and the Senate votes against it “history would smile upon us for standing up for the Constitution.” pic.twitter.com/zreQdD1RnV

“He is acting as the defense counsel for the president of the United States, when really, he’s supposed to be our lawyer — the people’s lawyer,” Cummings argued.

Schiff said Barr “should have never been confirmed,” but would not make a public call for his resignation: “I’m not ready to speculate about whether he should resign or not, given that that’s not going to happen, anyway.”

The trio have targeted Barr and Trump as a unit before. Just weeks ago, they released a joint statement after Barr released his summary of the Mueller report.

“It is unacceptable that, after special counsel Mueller spent 22 months meticulously uncovering this evidence, Attorney General Barr made a decision not to charge the President in under 48 hours. The Attorney General did so without even interviewing the President,” they wrote in late March.

The public will likely be hearing from all three men quite a bit in the weeks to come, particularly Nadler, who revealed on Meet the Press he plans to call former White House counsel Don McGahn to testify before his committee. The Congressman also requested Robert Mueller himself appear before the Judiciary Committee no later than May 23.