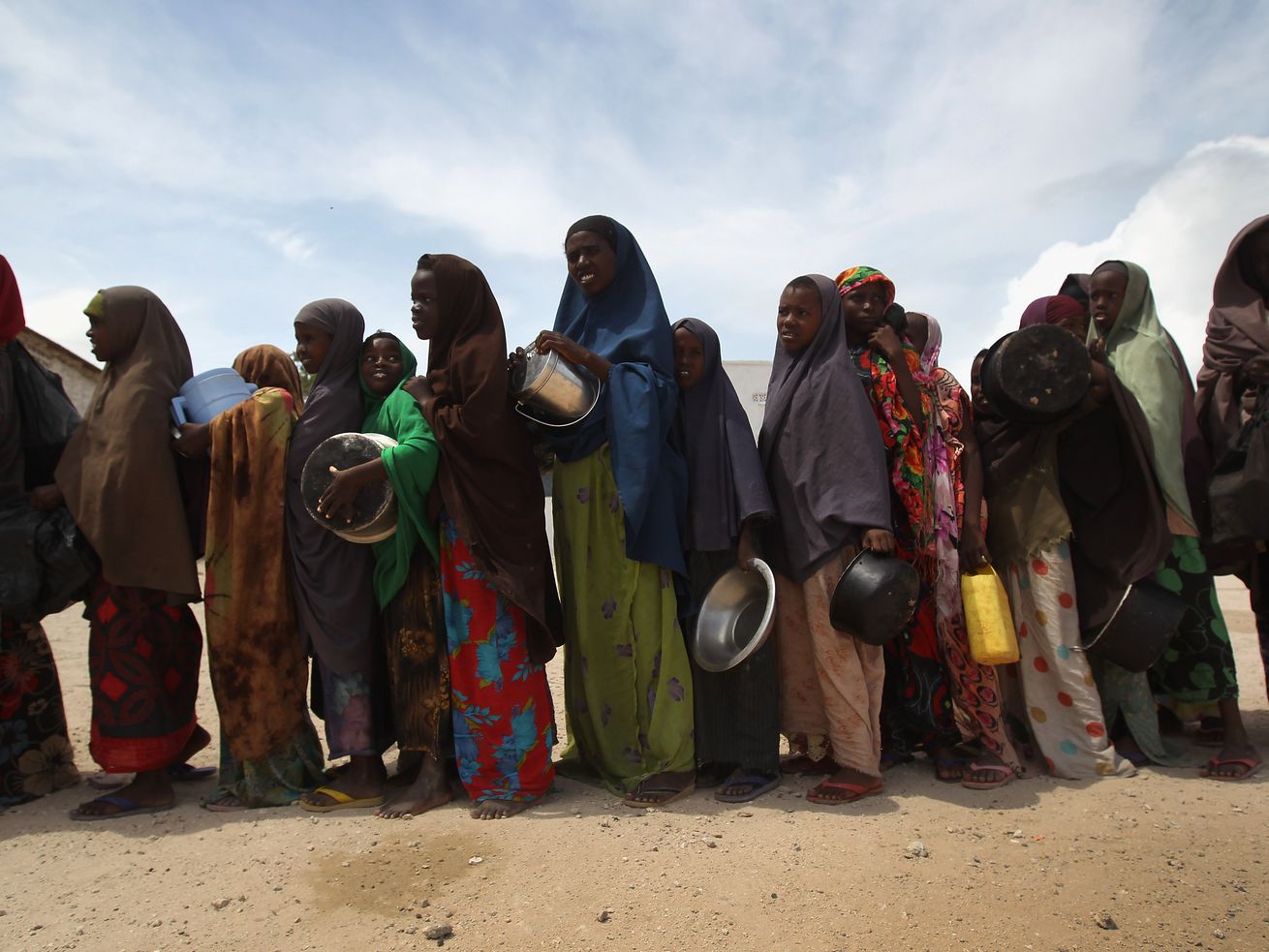 At this week’s United Nations General Assembly, the World Bank, the United Nations, and the Red Cross teamed up with tech giants Amazon, Microsoft, and Google to announce an unlikely new tool to stop famine before it starts: artificial intelligence.

The Famine Action Mechanism (FAM), as they’re calling it, is the first global tool dedicated to preventing future famines — no small news in a world where one in nine people don’t have enough food. Building off of previous famine-prediction strategies, the tool will combine satellite data of things like rainfall and crop health with social media and news reports of more human factors, like violence or changing food prices. It will also establish a fund that will be automatically dispersed to a food crisis as soon as it meets certain criteria, speeding up the often-lengthy process for funding famine relief.

For a famine to be declared in a country or region, three criteria have to be met: At least one in five households has an extreme lack of food; over 30 percent of children under five have acute malnutrition; and two out of 10,000 people die each day. (Famine declarations are issued jointly by United Nations agencies, the affected governments, and the Famine Early Warnings Systems Network (FEWSNET).) By that definition, there are no famines in the world right now, but conflict is threatening to plunge South Sudan, Nigeria, and Yemen into one, and many parts of the world are suffering from food insecurity.

It’s usually not until a famine is well underway that the United Nations and donor agencies begin soliciting funding. By that time, the damage has already been done. Thousands have usually already died and, for those that survive, the damage extends far into the future: for children born during a famine, their lifetime incomes are reduced by approximately 13 percent.

That’s the outcome that the FAM was created to prevent. But it faces quite a challenge — predicting famine is complicated, and even when it’s possible, it’s a whole lot harder to act on those predictions.

“If we can better predict when and where future famines will occur, we can save lives by responding earlier and more effectively,” said Brad Smith, president of Microsoft, in a statement announcing the initiative. “Artificial intelligence and machine learning hold huge promise for forecasting and detecting early signs of food shortages, like crop failures, droughts, natural disasters, and conflicts.”

It’s that last part—“conflicts”—that could prove especially challenging for a mechanism like FAM.

Why famines are hard to predict

The reason famines are so hard to stop is that they’re caused by that most unpredictable of factors: people.

“Overwhelmingly, famines in particular, but humanitarian emergencies in general, are politically caused. It’s only a relatively small minority — and virtually none in modern history — that were caused exclusively, or even predominantly, by natural adversity,” Alex DeWaal, author of Mass Starvation: The History and Future of Famine, told me.

Many people assume famine is caused mainly by drought, but that really hasn’t been the case since the Industrial Revolution. Today, famines almost always involve conflict.

In February 2017, the United Nations declared famine in South Sudan. The country has been embroiled in a civil war since 2013 between pro-government and rebel factions drawn along ethnic lines. Shortly after famine was declared, government troops expelled aid workers delivering desperately needed food aid to areas they suspected were supporting rebel troops. The United States warned South Sudan it may be engaging in “deliberate” starvation tactics. Famine eventually abated last year, but the country is now teetering on the brink again.

That experience points to the unique challenge of famine forecasting. “We have the best science in the world backing up the assumptions we make about rainfall,” says Chris Hillbruner, a senior advisor at FEWSNET, an organization that has been working on forecasting famine and food insecurity for decades. “But it’s a lot harder to build assumptions about what is going to happen with a conflict issue or a political issue six months or eight months in the future.”

And even when you can predict a famine, it can be a challenge to act on those forecasts. Earlier this week, United Nations humanitarian chief Mark Lowcock sounded the alarm that Yemen, one of the world’s worst humanitarian disasters where 75 percent of the country needs assistance, is on the brink of famine. Unfortunately, it’s a perfect example of when an early warning just isn’t that useful.

Fighting in its main port city is strangling one of the only roads delivering aid to the capital city of Sana’a, and as the economy careens closer to collapse, food prices have increased by a third. Warring parties have deliberately decreased access to food, most notably Saudi Arabia, which has established aerial and naval blockades against a country that imports 90 percent of its food.

Famine has been predicted; averting it will be a whole lot more complicated.

“The big problem that the World Bank runs into is that any early warning or any automatic response cannot deal with is the political causes of famine,” says DeWaal. And for all intents and purposes, those are the only significant causes of famine today.

An earlier response is still better

But just because forecasting and avoiding a famine is hard work doesn’t make the Famine Action Mechanism a futile act.

DeWaal points out that the predictive power of the mechanism could still be useful for the slower burn of food insecurity (which means that while people are hungry, the requirements of a full-blown famine haven’t been met) in relatively stable countries, such as Ethiopia or India. “We all know that an early response is more efficient than a delayed one,” says DeWaal.

In these cases, an early warning could allow governments to quickly stabilize the market to keep food prices from spiraling out of control, one of the biggest triggers of full-scale famine. Then, they can distribute emergency grain for livestock, whose death can ruin a farmer — and, on a wider scale, an economy — for generations. The last step is usually emergency food distribution — but by the time this step is triggered, it’s usually too late.

A predictive mechanism could also be a useful way to trigger famine insurance, a strategy a growing number of countries are using to mitigate the effects of humanitarian disasters.

“What the Artemis analytical model tries to do is provide that trigger in as unambiguous a way as possible, activating insurances markets or disaster bonds on the basis of something concrete,” says Daniel G. Maxwell, the Henry J. Leir Professor in Food Security at Tufts University, referring to the name of the predictive tool developed by the Silicon Valley side of the partnership.

There are questions about how useful the Famine Action Mechanism might be in preventing an actual famine. But it does seem promising as a tool to address something a little more mundane: hunger alleviation in poor but stable countries.