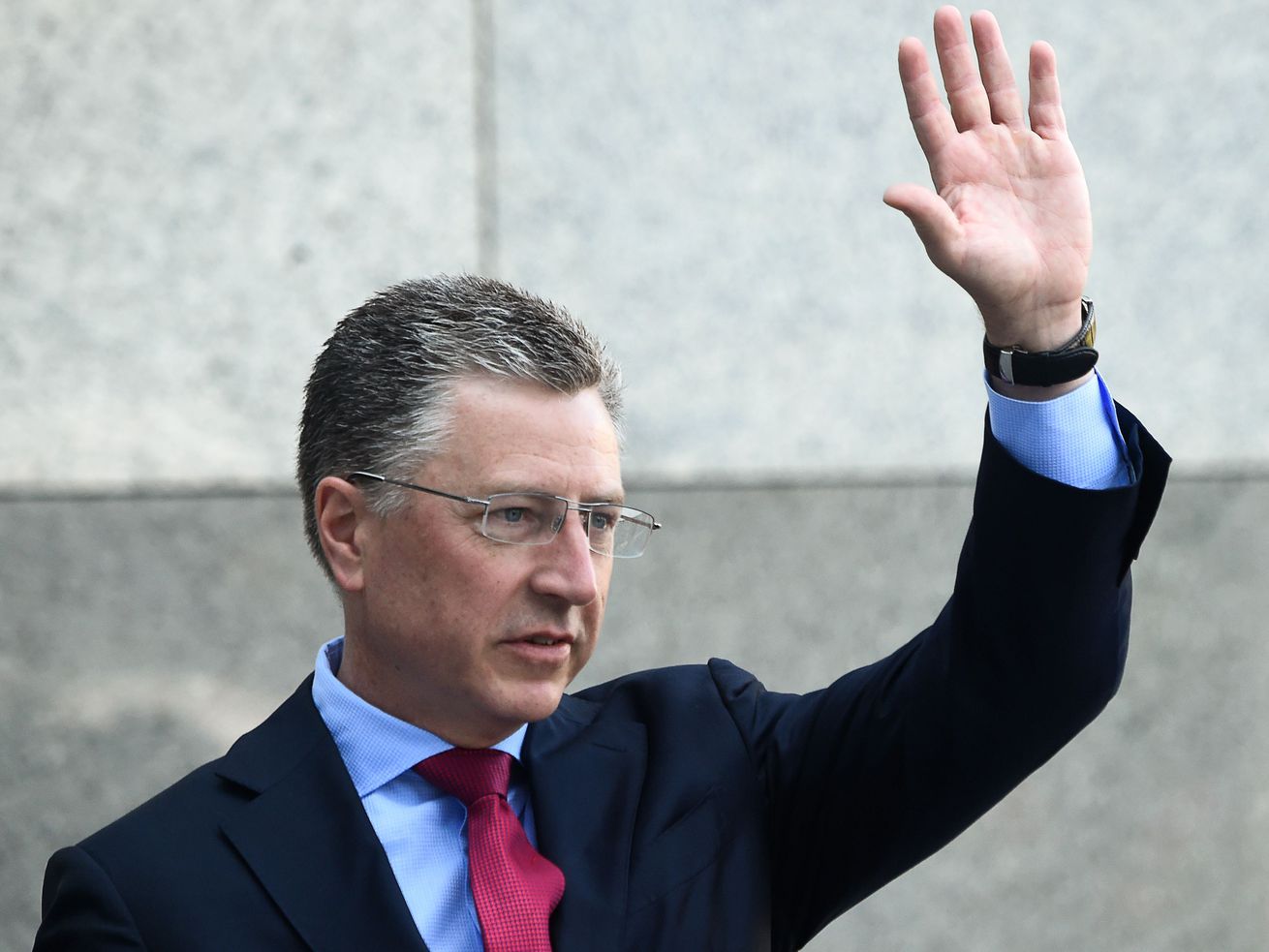 US special envoy for Ukraine Kurt Volker waves as he arrives to a press conference in Kiyv on July 27, 2019. | Sergei Supinsky/AFP/Getty Images

Kurt Volker, the US special representative for Ukraine negotiations, abruptly resigned Friday amid fallout over the whistleblower scandal, according to a report by Andrew Howard of the Arizona State Press. CNN subsequently confirmed the report.

It’s not yet clear whether Volker chose to step down or whether he was pushed out. But over the past day, he’s been the focus of intense scrutiny — first, because he was mentioned in the whistleblower complaint itself, and second, because President Donald Trump’s personal lawyer Rudy Giuliani read out texts he’d received from Volker discussing Giuliani’s outreach to the Ukrainian government on live television.

Previously a career Foreign Service officer, Volker took up the unpaid, part-time diplomatic role as envoy to Ukraine in 2017. He was simultaneously advising a lobbying firm and serving as the executive director for the McCain Institute for International Leadership at Arizona State University.

The whistleblower complaint, which describes Trump and Giuliani’s effort to pressure Ukrainian President Volodymyr Zelensky to investigate former Vice President Joe Biden and his son Hunter, characterizes Volker as involved in the back-and-forth between Giuliani and the Ukrainians — though the precise nature of his role isn’t clear.

For instance, one day after the now-infamous July 25 phone call between Trump and Zelensky, Volker visited Kyiv and met with Zelensky and other Ukrainian political figures, according to the complaint.

At that meeting, Volker provided Ukrainian leaders with advice on how to “navigate” the demands for investigations that Trump had made of Zelensky during the call, the whistleblower writes. (The whistleblower’s source for this claim is “multiple readouts of these meetings recounted to me by various US officials.”)

That might sound concerning — but Volker is mentioned again later in the complaint, where he is characterized positively. The whistleblower writes that, according to US officials, Volker spoke with Giuliani with the goal of trying to “contain the damage” to US national security that Giuliani was causing.

So while the complaint makes clear Volker was mixed up in all this, it’s unclear whether he was trying to help Trump and Giuliani achieve their goals, or whether he was struggling to clean up the mess they were making.

Volker has remained silent on the matter so far — but Giuliani has not. The former New York City mayor took to the airwaves and to Twitter Thursday and Friday to argue that he hadn’t gone rogue or attempted to undermine US policy with his Ukrainian outreach. Instead, he insisted, he undertook those actions at Volker’s request.

“Mr Mayor — really enjoyed breakfast this morning. As discussed, connecting you here with Andrey Yermak, who is very close to President Zelensky,” one text from Volker dated July 19 reads. “I suggest we schedule a call together on Monday.”

The full context of their communications isn’t clear. But Volker will have the chance to tell his side of the story soon enough; House Democrats have scheduled a deposition of him for next week.