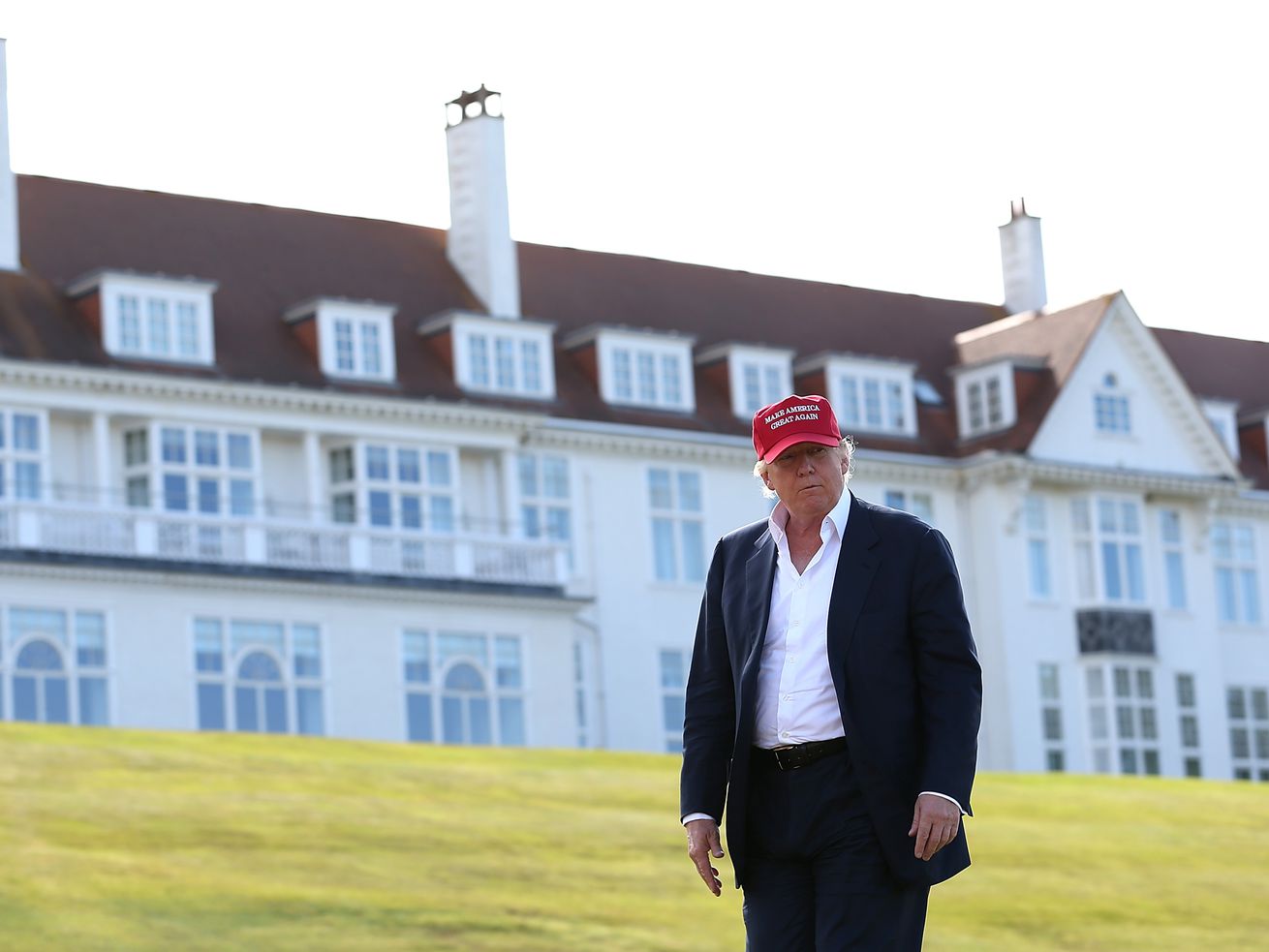 The deal was put on hold due to questions over the Air Force’s increasingly frequent overnight stays.

A new military contract between the US Department of Defense and the Glasgow Prestwick Airport is now on hold, following questions over Air Force personnel’s increasingly frequent stays at a Trump resort near that airport.

DOD officials had planned to sign a new contract with the airport that would designate it one of several dozen European airfields at which US military aircrafts could refuel, extending the agency’s current deal with Prestwick by five years.

But as reports emerged showing that that military members stayed at the Trump Turnberry Resort in Ayr, Scotland with increasing regularity during refueling stops, questions of improper military spending followed. Now the potential deal is on hold until at least December, according to sources who spoke to the Scotsman.

The news comes just days after a review conducted by the US military found that 6 percent of all Air Force crews refueling in Scotland stayed at the Turnberry golf resort. That review emerged as the House Committee on Oversight and Government Reform continues an investigation into a stark uptick in visits to the airport under the Trump administration. Earlier this week, the committee threatened to subpoena the Defense Department for documents related to the stays.

Despite allegations that the military was improperly choosing to stay the Trump resort to line the president’s pockets with taxpayer money, the Air Force has maintained that it has not done anything wrong.

“As a practice, we generally send aircrews to the closest, most suitable accommodations within the government hotel rate,” an Air Force official said following the release of the military’s review of the matter.

Overnight stays by military members in Scotland have increased by 500 percent since 2015, when the Prestwick Airport received its current contract with the Air Force. And while many of those overnight stays were at the closest hotels to the airfield, some were at Turnberry, which is 20 miles from Prestwick.

Pilots must often pair refueling stops with overnight stays in order to accommodate federally-mandated rest requirements. Since 2015, Air Force air crews have refueled at Prestwick 936 times, and stayed overnight nearby in 659 of those instances. The Air Force found that 39 of those stays were at Turnberry.

President Donald Trump has denied any wrongdoing in this matter, tweeting on Monday that military spending at his resorts have “NOTHING TO DO WITH ME.” But as Vox’s Sean Collins has reported, Trump’s fortunes are still tied up in the property:

Though he ceded day-to-day management to his children, he still owns and benefits from the resort, as he himself pointed out. And late Monday, reports began to resurface about the Trump Organization’s longstanding partnership with Prestwick Airport that saw each business working on behalf of the other.

The financial rewards Trump has reaped from his hotel and resort holdings have been an issue for the president for some time, and he has faced increased scrutiny over government spending at his business interests in recent weeks due to much-publicized transactions by two of his top officials.

The House Oversight Committee has been investigating spending at the Turnberry since June, although reports about the inquiry first became public in recent weeks, after Politico reported that servicepeople on missions to the Middle East had stopped at the golf resort during refueling layovers. The stops themselves were cause for concern, writes Collins, because fuel is usually more expensive at commercial airfields, like Prestwick, than at military airfields, like the nearby Lakenheath Air Base in England. But committee members were more concerned about a symbiotic relationship between Trump Turnberry and Prestwick, Collins explains:

The Turnberry and Prestwick have been intertwined for as long as the president has owned the resort. As Scottish reporter Martyn McLaughlin has reported, the Trump Organization formally partnered with Prestwick to “win” business for both operations in 2014. As part of that partnership, air crews using Prestwick were given access to food and lodging at Turnberry at reduced rates, and the Trump Organization — and sometimes Trump himself — worked to steer business Prestwick’s way. Trump also made the airport his hub for European travel and stored a helicopter there.

But military officials have pushed back on any assertion of impropriety:

The Department of Defense has said its contracts with Prestwick are completely separate from the Trump Organization’s arrangement with the airport, and said it did not benefit from reduced rates at Turnberry through the same mechanism other air crews have — military stays at the resort were booked through the Defense Department’s Defense Management System rather than through staff at Prestwick.

And the military maintains any apparently similarities between the Trump administration’s standing agreement with the airport and its own contracts are simply happenstance. Early this week, the Air Force continued to maintain it had done nothing wrong, but admitted that given recent questions over spending at Trump hotels — like Vice President Mike Pence insisting on staying at a Trump property far from his meetings during a recent trip to Ireland — it could see why the public was concerned.

Brig. Gen. Edward Thomas, director of Air Force Public Affairs, addressed this concern directly recently when he told reporters, “Even when USAF aircrews follow all directives and guidance, we must still be considerate of perceptions of not being good stewards of taxpayer funds that might be created through the appearance of aircrew staying at such locations.”

Should the contract with Prestwick not be renewed, servicepeople will no longer need to worry about the appearance of a conflict of interest. And if it is signed in December, military officials have pledged to avoid further concerns by updating guidance issued to flight crews, advising them of ways to avoid allegations of corruption by carefully selecting suitable accommodations.