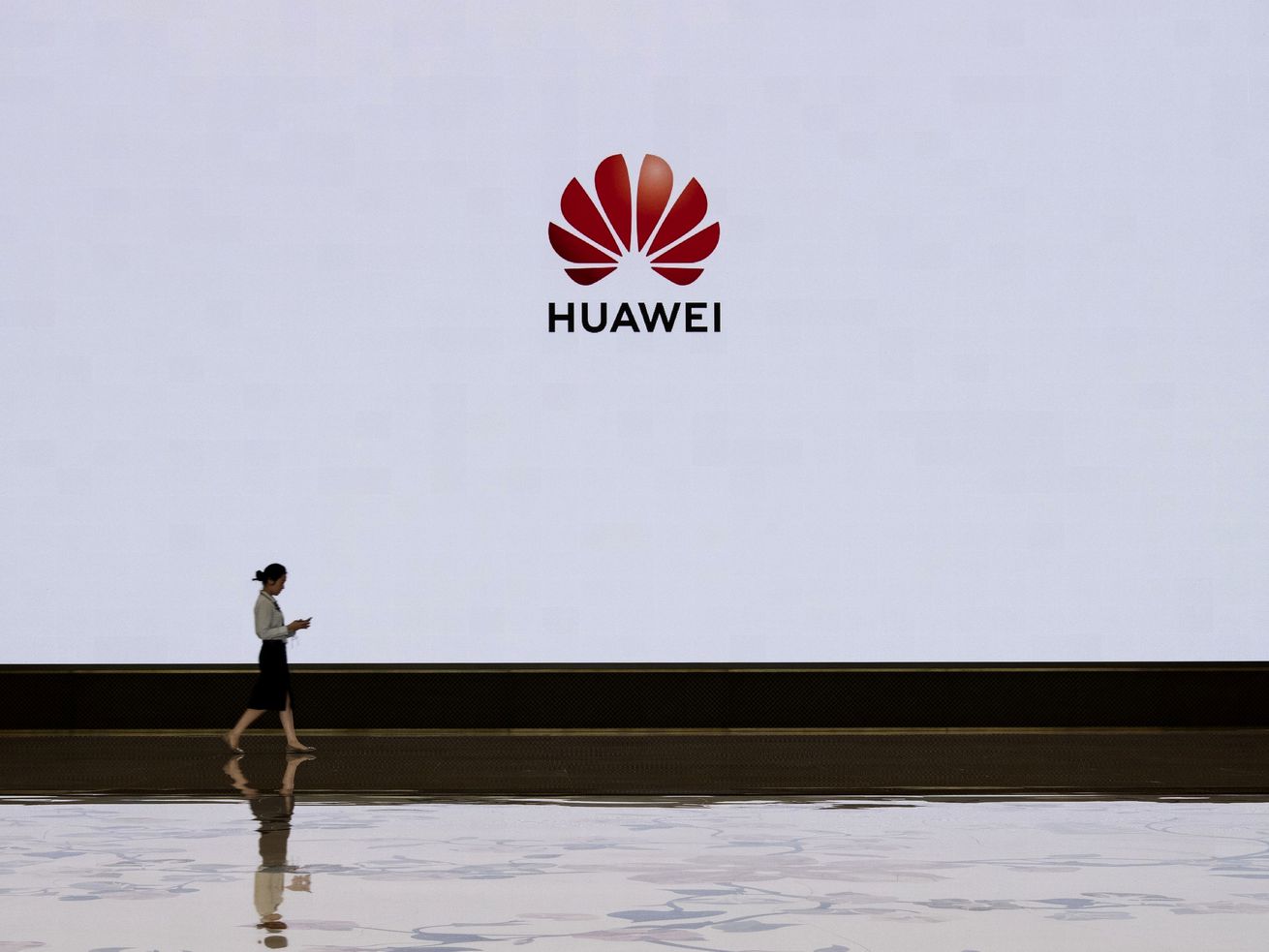 The US has long expressed concerns about Huawei and its ties to the Chinese government.

The Trump administration has recently taken some major shots at the Chinese telecommunications giant Huawei, prompting a number of American tech firms to start cutting ties with the firm. But US officials have expressed concerns about Huawei for years.

Last Wednesday, President Donald Trump issued an executive order banning US companies from using information and communications technology from anyone considered a national security threat and declared a national emergency on the matter. The move was widely viewed as being aimed at Huawei. The same day, the Commerce Department placed Huawei and 70 of its affiliates on its “Entity List,” which is basically a trade blacklist that bars anyone on it from buying parts and components from US companies without the government’s approval first.

Subsequently, a number of US firms have begun to back away from their business with Huawei. Google has started to limit the Android services it provides to the company, a maneuver that could be hugely detrimental to Huawei’s smartphone business. Chipmakers Intel, Qualcomm, and Broadcom have said they’re not supplying Huawei as well, according to Bloomberg.

On Monday, the Commerce Department eased up a bit and said that for 90 days, it would issue limited exemptions in an effort to minimize disruptions for some ongoing business. Namely, the department will allow Huawei to buy US-made goods in order to maintain existing telecommunications networks and provide software updates to its existing mobile phones. That could slow Google’s actions on Android and Huawei phones.

The decisions by the US government are, in part, the result of an escalating trade war between the US and China. But they also tie into longstanding concerns about potential spying by Huawei and other national security threats.

And the US has become increasingly bold in striking out against Huawei. Late last year, Canadian authorities arrested Meng Wanzhou, Huawei’s chief financial officer and the daughter of its founder, at the request of the US Justice Department. In January, US federal prosecutors hit Wanzhou and Huawei with 23 indictments for a variety of alleged crimes, including bank and wire fraud, conspiracy to defraud the US, and stealing trade secrets.

To back up, a bit about Huawei: Founded in 1987 and headquartered in Shenzhen, China, Huawei is one of the biggest technology companies in China — think Google’s name recognition and Verizon’s major role in US telecommunications. It is the second-largest smartphone seller in the world, behind Samsung but ahead of Apple. Beyond consumer electronics, its business segments also include telecommunications networks, smart devices, and cloud services.

But Huawei, which brought in more than $100 billion in revenue last year, isn’t your ordinary technology company — at least many officials and experts in the US and around the world don’t think so.

For years, congressional committees, the FBI, the National Security Agency, and others have flagged close ties between Huawei and the Chinese Communist Party, and the US even banned the company from bidding on government contracts. At a Senate Intelligence Committee hearing in February 2018, top US intelligence chiefs said Huawei and another Chinese tech company, ZTE, posed potential national security risks to the US and warned American companies about doing business with them.

In other words, officials are worried that Huawei will help the Chinese government spy on or attack the US.

Huawei is the “emblem” of a variety of fears about China and its technological prowess packed into a single company, Scott Kennedy, deputy director of the Freeman Chair in China Studies at the Center for Strategic and International Studies, told me last year. And a lot of concerns about it aren’t necessarily tied to what it has done, but instead what it might do.

US political and business leaders have long been anxious about Beijing’s high-tech drives, which are designed to help China surpass the West’s technological prowess — an area in which the United States definitely doesn’t want to be overtaken. Huawei is a research and development powerhouse: In 2018, the company said it would increase annual spending on R&D to $15 billion to $20 billion annually, and it has tens of thousands of patents in China and abroad.

That’s played into questions about how much US market access to give Chinese companies amid concerns about intellectual property rights. These worries help animate President Donald Trump’s trade war, which, at least for his advisers, the US intelligence community, and the military, is about much more than the trade deficit he often laments.

Intelligence officials caution about the national security implications of Chinese technology outpacing the US or being used for nefarious ends. In particular, officials are concerned that companies like Huawei might sell products compromised by “back doors” that allow Chinese government hackers access to data or surveillance. Alternatively, Huawei might turn over the data it has collected to the Chinese government, or the Chinese could somehow weaponize Huawei’s technology.

“Since China has become more nationalistic, the possibilities that the US and China might end up in a tangle are higher,” Kennedy said.

No one has yet found a back door in a Huawei product, Adam Segal, director of the Digital and Cyberspace Policy Program at the Council on Foreign Relations, noted. There’s been no “smoking gun.”

But the risks surrounding Huawei increase with “fifth-generation” technology, or 5G, he explained. Huawei is one of many companies with a stake in the race to deploy the next generation of wireless technology, and is currently one of the major providers of products that enable super-fast 5G networks globally. The US has pressured allies to find alternatives, eyeing a future where ever more aspects of everyday life are connected to these networks, opening them up to surveillance and manipulation.

“It’s going to involve so much data passing over the systems, and in particular, the concern would be more the Internet of Things and autonomous cars,” Segal said.

Concerns about Huawei are hardly new. Officials in the US and around the world have been keeping an eye on the company for quite some time.

As Bloomberg’s Eli Lake explained, the worries about Huawei have historically stemmed from the fact that the company’s founder, Ren Zhengfei, was a technician for the People’s Liberation Army prior to founding Huawei — not to mention the tens of billions of dollars the Chinese government has invested in the company. Fears have been exacerbated in the wake of China’s passage of its National Intelligence Law and other cybersecurity laws in 2017, which, according to Lake, “compel corporations to assist in offensive intelligence operations” instead of just requiring them to cooperate with law enforcement on national security matters.

In 2011, Huawei sent an open letter to the US government denying security concerns and requesting a thorough investigation from American officials, which it said would prove that Huawei is “a normal commercial institution and nothing more.”

That’s what prompted the 2012 House Intelligence Committee report on Huawei and ZTE, though it didn’t produce the exoneration the company hoped for. The committee said that Huawei “did not fully cooperate with the investigation and was unwilling to explain its relationship with the Chinese government or Chinese Communist Party.” It concluded that the US “should view with suspicion the continued penetration of the US telecommunications market by Chinese telecommunications companies.”

In January 2018, AT&T backed out of a deal with Huawei to sell its smartphones in the US. And in March, the Federal Communications Commission proposed a rule that would stop US companies from using money from its Universal Service Fund on equipment services from China. The FCC’s Universal Service Fund provides subsidies to boost phone, wireless, and broadband services to poor and rural communities.

It’s not just the US that is sounding the alarms. Canada and the United Kingdom have expressed concerns about the risks associated with working with Huawei on 5G deployment. Japan banned Huawei and ZTE from official government contracts.

This probably isn’t the end of the US-Huawei story

The US has a lot of tools in its toolbox to potentially use against Huawei, and its latest moves demonstrate it is not unwilling to use them. But how far this will go is unclear.

“The challenge is, there have been boundaries placed around business with Huawei and Chinese industry and high tech, but we’re now in an environment where it’s unclear where those boundaries are, and if they need to be redrawn,” Kennedy said.

The Commerce Department’s trade blacklisting of Huawei is similar to its actions on ZTE, which it put a trade ban on in 2016. (Trump intervened last year to strike a deal and lift the ban.) Cutting off Huawei “would certainly have an effect, but not like it did for ZTE,” Segal said, because it’s not as dependent on US suppliers.

But the tensions are unlikely to end soon.