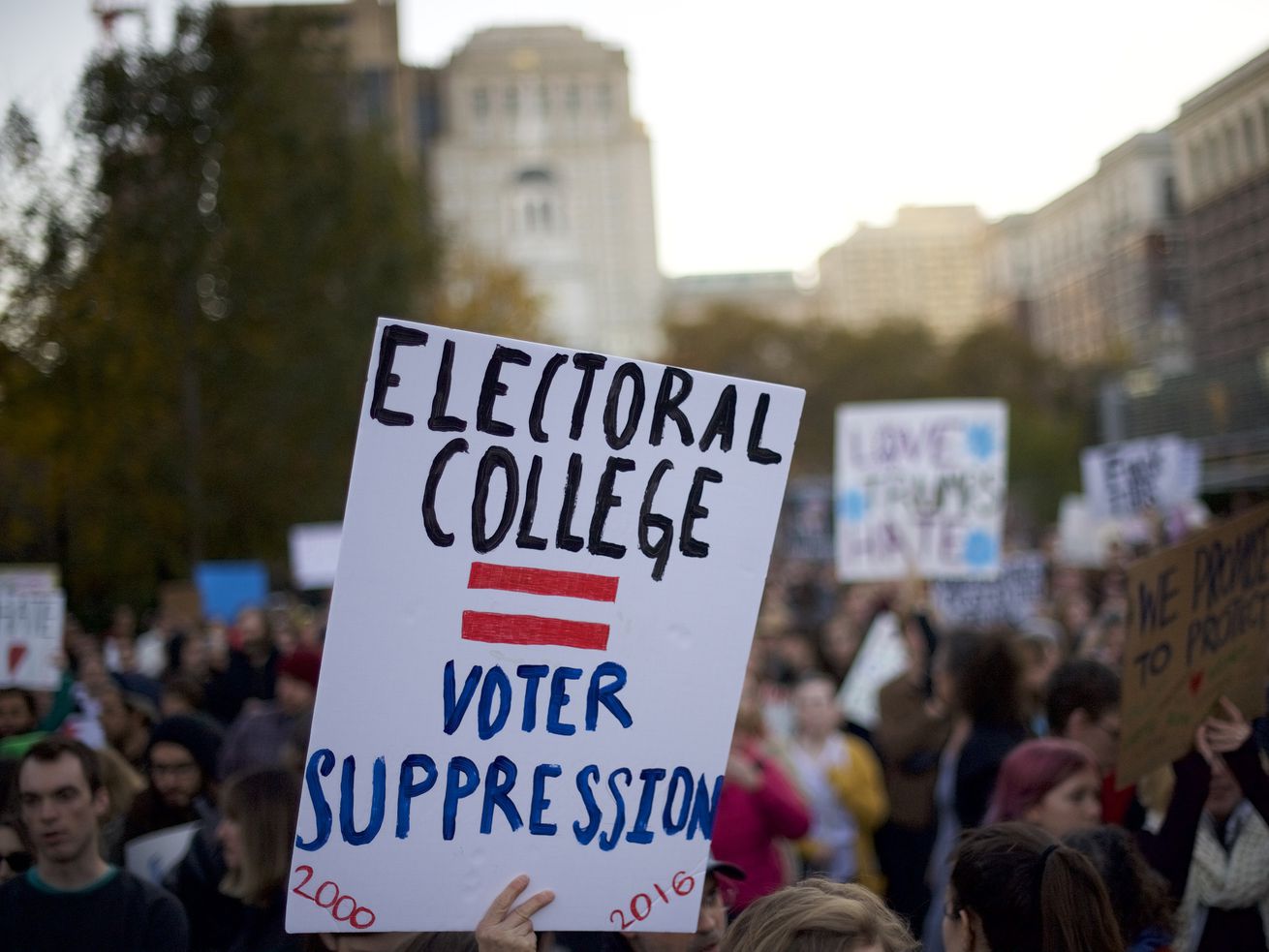 Jeffrey Rosen, the CEO of the National Constitution Center and a former legal columnist at the New Republic, thinks America has given in to mob rule. We’ve betrayed the legacy of James Madison, Rosen writes, who “built into the Constitution a series of cooling mechanisms intended to inhibit the formulation of passionate factions, to ensure that reasonable majorities would prevail.”

Rosen’s essay, in the new issue of the Atlantic on the theme of American democracy in crisis, warns that those cooling mechanisms have broken down and Madison’s worst fears are now being realized. Presidents now “communicate directly with voters, and pander to the mob,” while Congress and public debate is inflammatory and polarized. The internet has made Madison’s observation that “the ease of communication in small republics [like ancient Athens and Rome] was precisely what had allowed hastily formed majorities to oppress minorities,” newly, terrifyingly relevant, Rosen laments.

The essay is not particularly clear about what instances of “mob rule,” exactly, terrify Rosen so. He suggests he is concerned by the prospect of an inflamed majority oppressing vulnerable minorities — the print headline of the piece is “Madison v. the Mob” — but names no examples of such minority oppression to illustrate his concern. He dubs Twitter and Facebook “virtual versions of the mob,” where “inflammatory posts based on passion travel farther and faster than arguments based on reason,” but doesn’t offer any examples of harm this has produced, even when incredibly obvious examples (like the Russian interference in the 2016 election) are available.

The president was elected after losing the popular vote by a margin of 2.1 points, or nearly 2.9 million votes. Republicans won the popular vote for the House of Representatives fair and square in 2016, but election analysts argue that Democrats will likely need to win the House popular vote this year by anything from 6 to 11 points in order to gain a majority. “Only” winning by 5 points probably won’t be enough.

The US Senate is, by design, a grotesquely unrepresentative body that amplifies the power of small states at the expense of voters in big states. And given how America’s political geography has developed in the past two centuries, it’s now a body in which white rural interests are privileged over those of black and Latino city dwellers, given how much whiter the median state is than the median American voter:

The senate considerably dilutes the voting power of African-Americans and Latinos and Asians to a degree that should be unacceptable in polite company pic.twitter.com/gCzR7g46FR

And then there’s the Supreme Court. These past few years, the Court has been dominated by a Republican-appointed majority that has issued rulings that happen to strengthen Republicans’ anti-majoritarian hold on power. In June, the Court banned a key financing mechanism for public sector unions, one of the financial and institutional backbones of the political party that won more votes in the 2016 presidential election.

We know from state experience with right-to-work laws that restricting the “agency fees” banned by the Court improves the Republican Party’s electoral margins and lowers voter turnout. So five members of the Court, in effect, invoked the Constitution to overturn a democratically agreed-upon social policy whose repeal empowers the political party that appointed all five of those members.

That’s one example, but there are plenty of others. In the 2013 case of Shelby County v. Holder, the Court struck down Section 4 of the Voting Rights Act, which required states with a history of voter suppression to pre-clear new voting laws with the Justice Department. I initially thought that liberals were panicking excessively about that ruling, but subsequent empirical research suggests I was wrong. Emory political scientist James Szewczyk finds that the ruling “resulted in more restrictive voting laws,” which, in turn, caused the median voter in affected congressional districts to move to the right. That, in turn, led to the election of more conservative members of Congress, who were less likely to sponsor civil rights bills.

The Supreme Court famously ruled in the 2010 Citizens United case that individuals and corporations could not be prevented from funneling unlimited sums of money into political activities, so long as those funds didn’t literally make it to candidates’ campaign committees. Political scientists Nour Abdul-Razzak (UChicago), Carlo Prato (Columbia), and Stephane Wolton (LSE) find that the ruling, and the DC Circuit’s related ruling in SpeechNOW.org v. FEC, led the 23 states that previously banned corporate and union campaign spending to move rightward, relative to the 27 states that didn’t have a ban overturned. The GOP’s seat share in state legislatures grew by 5 points, and Republican candidates’ average vote share grew by 3 to 4 points, as a result of Citizens United, according to the study.

In both Shelby and Citizens United, five Republican appointees struck down democratically enacted laws, and in doing so wound up substantially increasing Republicans’ odds of electoral success. In Janus, the public sector unions case, they’ve likely done it again.

So on the one hand, we have a president who lost the popular vote, the second time that has happened in the past five elections; a House districted in such a way that even a large, 5-point victory by Democrats in the popular vote in November wouldn’t give them a majority of seats; a Senate elected by a skewed, unusually white cross-section of America, where the median Senate seat is substantially more conservative than the median American voter; and a Supreme Court that is dismantling one party’s political economic base and helping preserve, even strengthen, the other party’s anti-majoritarian hold on power.

On the other hand, it’s definitely true that large groups of people attacking you on Twitter can be uncomfortable sometimes, and perhaps even feel “mob”-like. But contra Rosen, I’m much more worried about the ways America is falling short of any form of majoritarianism, reasoned or otherwise.