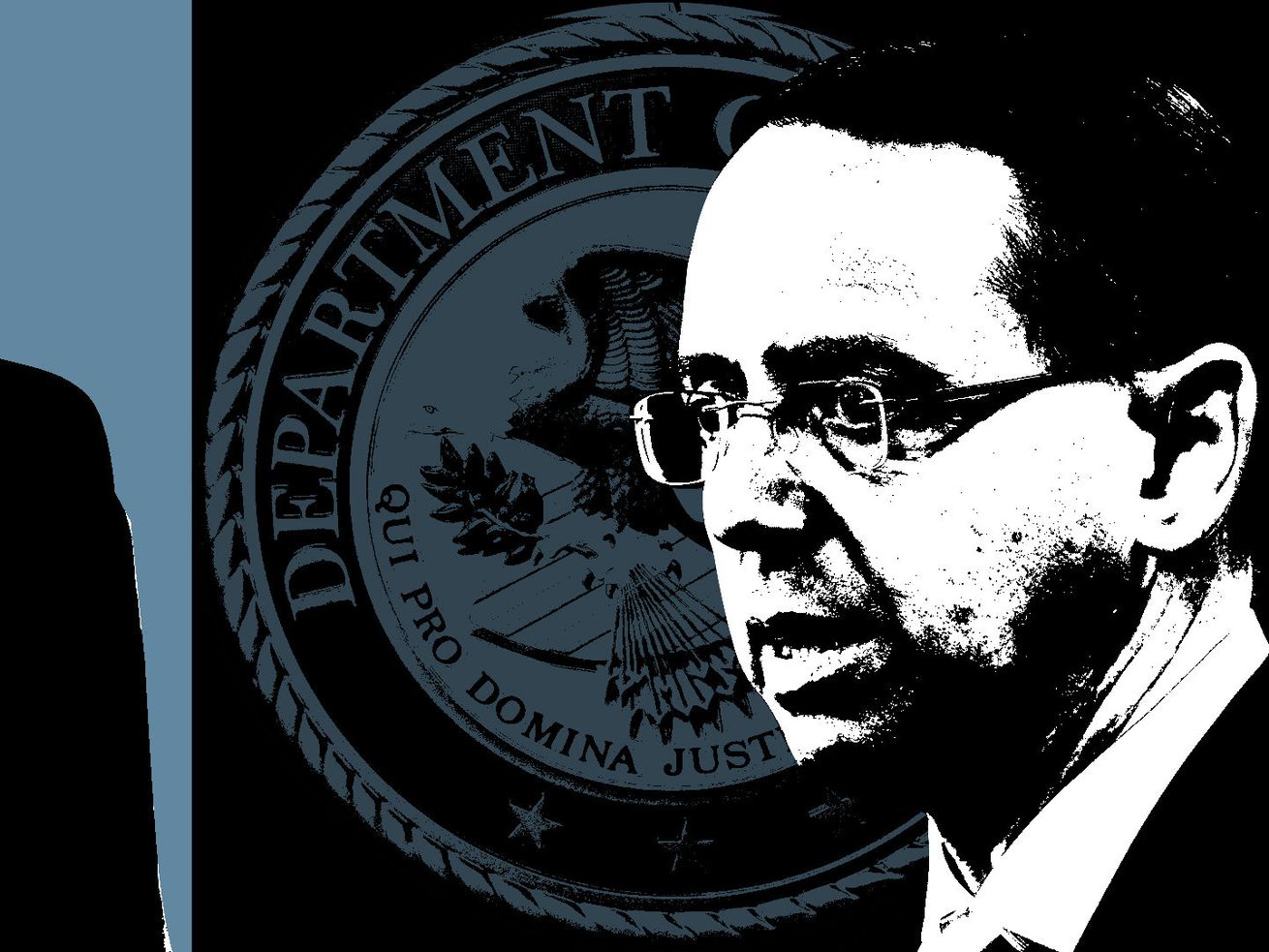 That’s according to a new report from the New York Times’s Adam Goldman and Michael Schmidt. And though neither ended up happening, this leak could have major implications for Rosenstein, who continues to supervise special counsel Robert Mueller’s investigation, and who conservatives have been urging President Trump to fire for months.

Rosenstein called the new story “inaccurate and factually incorrect.” But the Times cites descriptions of memos written by former deputy FBI Director Andrew McCabe about his comments and confirmed those descriptions with people briefed on the episode.

Well before this story, President Trump has privately mused about firing Rosenstein (or Sessions, or Mueller), so he could put someone he views as more loyal in charge of the Russia probe. But he has hesitated on actually following through with this.

The new Times report, though, will undoubtedly infuriate the president — and could well provide him with the pretext he’s long sought to justify Rosenstein’s firing, and provoke a showdown over the future of Mueller’s probe. And in the moments after the Times published it, speculation about a new Saturday Night Massacre once again arose in Washington.

What the Times reported about Rosenstein

Rosenstein was sworn in as deputy attorney general toward the end of April 2017. Just two weeks later, on May 8, he and Attorney General Jeff Sessions met in the White House with President Trump to discuss the potential firing of FBI Director James Comey. Rosenstein wrote a memo criticizing Comey’s handling of the Hillary Clinton email investigation, which the White House then released the next day to justify Comey’s firing.

The new Times report describes Rosenstein’s behavior and interactions with top Justice Department officials in the week or so after Comey’s firing. He is described as feeling used by the White House — and resentful and suspicious enough to float two eyebrow-raising possible actions.

First was recording Trump. The way the Times tells it, Rosenstein was frustrated with dysfunction related to the new FBI director hiring process. So during a meeting with McCabe and “at least four other senior Justice Department officials,” Goldman and Schmidt write:

Mr. Rosenstein then raised the idea of wearing a recording device or “wire,” as he put it, to secretly tape the president when he visited the White House. One participant asked whether Mr. Rosenstein was serious, and he replied animatedly that he was.

If not him, then Mr. McCabe or other F.B.I. officials interviewing with Mr. Trump for the job could perhaps wear a wire or otherwise record the president, Mr. Rosenstein offered. White House officials never checked his phone when he arrived for meetings there, Mr. Rosenstein added, implying it would be easy to secretly record Mr. Trump.

However, a Justice Department spokesperson provided a statement to the Times, from an anonymous person present at the meeting, that Rosenstein meant the remark sarcastically. In any case, there’s no evidence this was ever carried out.

According to Goldman and Schmidt, Rosenstein brought this up in conversations with McCabe and others, and told McCabe that he might be able to persuade Sessions and then-secretary of homeland security John Kelly, who is now Trump’s chief of staff, to get the process rolling. But this didn’t end up happening either.

“Based on my personal dealings with the president, there is no basis to invoke the 25th Amendment,” Rosenstein said in a statement to the Times.

Finally, a lawyer for Andrew McCabe released a statement about the memos described in the story. The statement says that when McCabe “was interviewed by the Special Counsel more than a year ago, he gave all his memos” to Mueller’s office. However, there was also “a set of those memos” left behind at the FBI. “He has no knowledge of how any member of the media obtained those memos,” the statement concludes.

Trump could use this to fire Rosenstein

From one perspective, this is a story about two things that didn’t happen: If the story is accurate, Rosenstein floated two remarkable possibilities during a tumultuous time 16 months ago, but neither appears to have actually come to pass.

But the near-term consequences are likely to come from the fallout from the story itself, with big implications for Rosenstein’s future and the future of the Mueller investigation.

Since Rosenstein first appointed Mueller in May 2017, Washington has awaited the next showdown between President Trump and his Justice Department. The president raged privately about potentially firing Mueller as early as June 2017, and at various points since has reportedly discussed firing Sessions or Rosenstein, too.

However, Trump has shied away from actually doing so — evidently realizing that he had no defensible justification, and fearing the political backlash that would ensue.

Trump’s conservative allies in the House of Representatives have also harshly criticized Rosenstein for months and discussed the prospect of impeaching him with only the thinnest of pretexts. But they basically had nothing, so the effort was shelved.

Now this new story seems so perfectly designed to justify Rosenstein’s firing that Twitter soon brimmed with suspicion that the Times’ sources were trying to bring about that very outcome.

If you want to question a story without your own information, but based on your emotions, and slander a tremendous current NYT reporter in the process, that’s your right. https://t.co/Fa3Pi0m4De

In any case, Trump does now have something on Rosenstein. He may well calculate that he can portray this behavior as outrageous or insubordinate enough to justify firing the deputy attorney general at long last. And if so, the crisis over the Russia probe and the rule of law will have finally arrived.