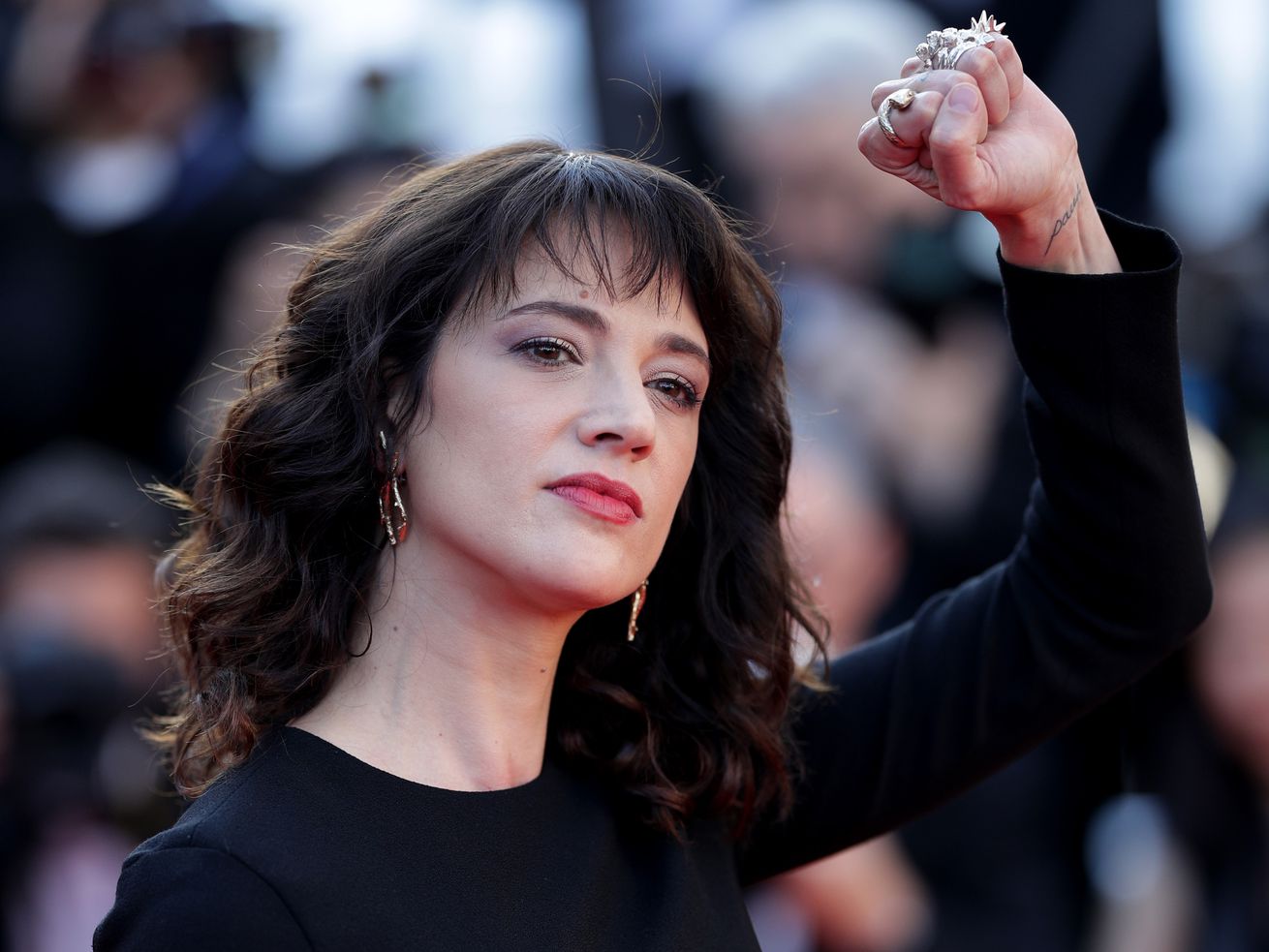 Asia Argento has been accused of sexual assault by actor Jimmy Bennett. That doesn’t invalidate her report about Harvey Weinstein.

Asia Argento says she was sexually assaulted by Harvey Weinstein in a hotel room in 1997 when she was 21 years old. He asked her for a massage, she told Ronan Farrow of the New Yorker last year, then performed oral sex on her against her will.

“I’ve been damaged,” she told Farrow. “Just talking to you about it, my whole body is shaking.”

Nearly a year after the New Yorker report, Argento is now the one accused. Jimmy Bennett, a 22-year-old actor and musician, says Argento sexually assaulted him when he was 17, according to documents obtained by the New York Times. Bennett threatened to sue Argento in November, the month after she spoke publicly about Weinstein — at that time, his lawyer wrote that Argento’s statements about Weinstein had stirred up painful memories for Bennett about his own experience. Argento ultimately agreed to pay Bennett $380,000, Kim Severson of the Times reported Sunday. She did not respond to the Times’s requests for comment.

Bennett’s allegations against Argento are especially disturbing since Argento has emerged as one of the most visible representatives of the #MeToo movement. But the actor’s report does not invalidate that movement, or Argento’s own experience. If Argento committed sexual assault, she cannot be an effective advocate for survivors — but that doesn’t mean she is not, herself, a survivor. As the #MeToo movement matures, it is uncovering uncomfortable truths about power and abuse, and among them is the fact that those who have been harmed sometimes go on to inflict that harm on others.

Bennett’s report has a lot in common with Argento’s

Bennett’s account of his experience with Argento has many similarities to those of others who have spoken out as part of #MeToo, including Argento herself. Bennett met Argento at age 7, when he played her son in The Heart Is Deceitful Above All Things, which she directed, starred in, and co-wrote. In the documents obtained by the Times, Bennett, who did not speak to Severson directly, says Argento became a mentor and mother figure to him.

In 2013, when Bennett was 17 and Argento was 37, a family member drove him to meet Argento at the Ritz-Carlton Hotel in Marina Del Rey, California, according to the documents. Argento asked the family member to leave, gave Bennett alcohol, and performed oral sex on him, the documents say. Then she climbed on top of him and had intercourse with him. The age of consent in California at the time was 18.

Argento also asked Bennett to take photos, the documents say. The Times has reviewed three photos that appear to show the two in bed, one of which shows both of their faces.

After he left the hotel, Bennett began to feel “extremely confused, mortified, and disgusted,” the documents say. He also says the trauma of the incident hampered his ability to work, and his income dropped significantly as a result.

After receiving Bennett’s notice of intent to sue, Argento agreed to pay him $380,000. In a letter to Argento in April, her lawyer calls the money a way of “helping Mr. Bennett,” and says, “we hope nothing like this ever happens to you again.” The letter also states that Argento did not ask Bennett to sign a nondisclosure agreement because of her opposition to such agreements as part of her #MeToo advocacy.

“You are a powerful and inspiring creator and it is a miserable condition of life that you live among shitty individuals who’ve preyed on both your strengths and your weaknesses,” the letter adds.

Argento has been one of the most visible advocates for #MeToo

Bennett’s report is especially striking because Argento has emerged as one of the most high-profile advocates for survivors of assault and harassment since she spoke out about Weinstein last year. Argento was one of several women who spoke to the New York Times and the New Yorker in October, inspiring others to come forward about Weinstein and sparking the current #MeToo movement. Argento’s boyfriend, chef and memoirist Anthony Bourdain, joined in her advocacy. Bourdain died by suicide in June.

As Severson notes, Argento gave a speech at the Cannes Film Festival in May, which she called Weinstein’s “hunting ground.” She called out those in attendance who were guilty of sexual misconduct: “You know who you are, but, most importantly, we know who you are, and we are not going to allow you to get away with it any longer.”

Argento has faced backlash for her advocacy in her native Italy. One Italian newspaper editor said Argento should be grateful that Weinstein performed oral sex on her, and widespread criticism in Italian media led Argento to leave the country for Berlin.

Argento is not the first advocate for harassment and assault survivors to be accused of misconduct or abuse. In May, Eric Schneiderman, then the attorney general of New York and one of Weinstein’s most powerful adversaries, resigned after four women reported that he abused them. Nor is she the first woman to be accused — just last week, harassment and assault allegations against feminist professor Avital Ronell became public in the New York Times.

Argento is also not the first person to report sexual misconduct and then be accused as a perpetrator. After Junot Díaz came forward publicly about being raped as a child, a woman reported that he had forcibly kissed her, and others said he had subjected them to misogynistic or abusive language.

Early on in the current iteration of the #MeToo movement, many reports coming to light were “open secrets” — stories that had circulated for years within Hollywood or other industries, finally becoming public as survivors felt emboldened to tell their stories. As the current #MeToo movement approaches its one-year anniversary, however, many of those secrets are no longer secret, and the revelations may become more surprising — at least to some. We may see more women accused. We may see more people who have been public advocates for survivors exposed as abusers in their private lives.

Some may be tempted to dismiss #MeToo on the basis of these reports, to say that if #MeToo advocates are accused of misconduct, they must be inherently untrustworthy, and that allegations against them tarnish the movement at large. But this is the wrong lesson to take from Bennett’s story. Nothing in his account invalidates Argento’s own experience. Disturbing as it may be, it is perfectly possible for survivors of sexual violence to commit sexual misconduct themselves.

Rather, allegations against Argento, Schneiderman, Díaz, Ronell, and others are a reminder that power imbalances can leave the less powerful person vulnerable to sexual harassment and assault, regardless of the genders or histories of the people involved. They are a reminder that those accused of sexual misconduct as part of #MeToo won’t always be the people we suspect, those about whom rumors have been swirling for years. They may be people we trusted and admired, who spoke out against sexual violence or advocated gender equality.

The work of #MeToo now is to recognize that perpetrators of sexual violence are not evil caricatures, impervious to harm and doing no good. Rather, they are humans who operate in a system that protects some as it leaves others at risk. Changing that system will require us to acknowledge that some people have both benefited from and been scarred by it, and that the former does not invalidate the latter.