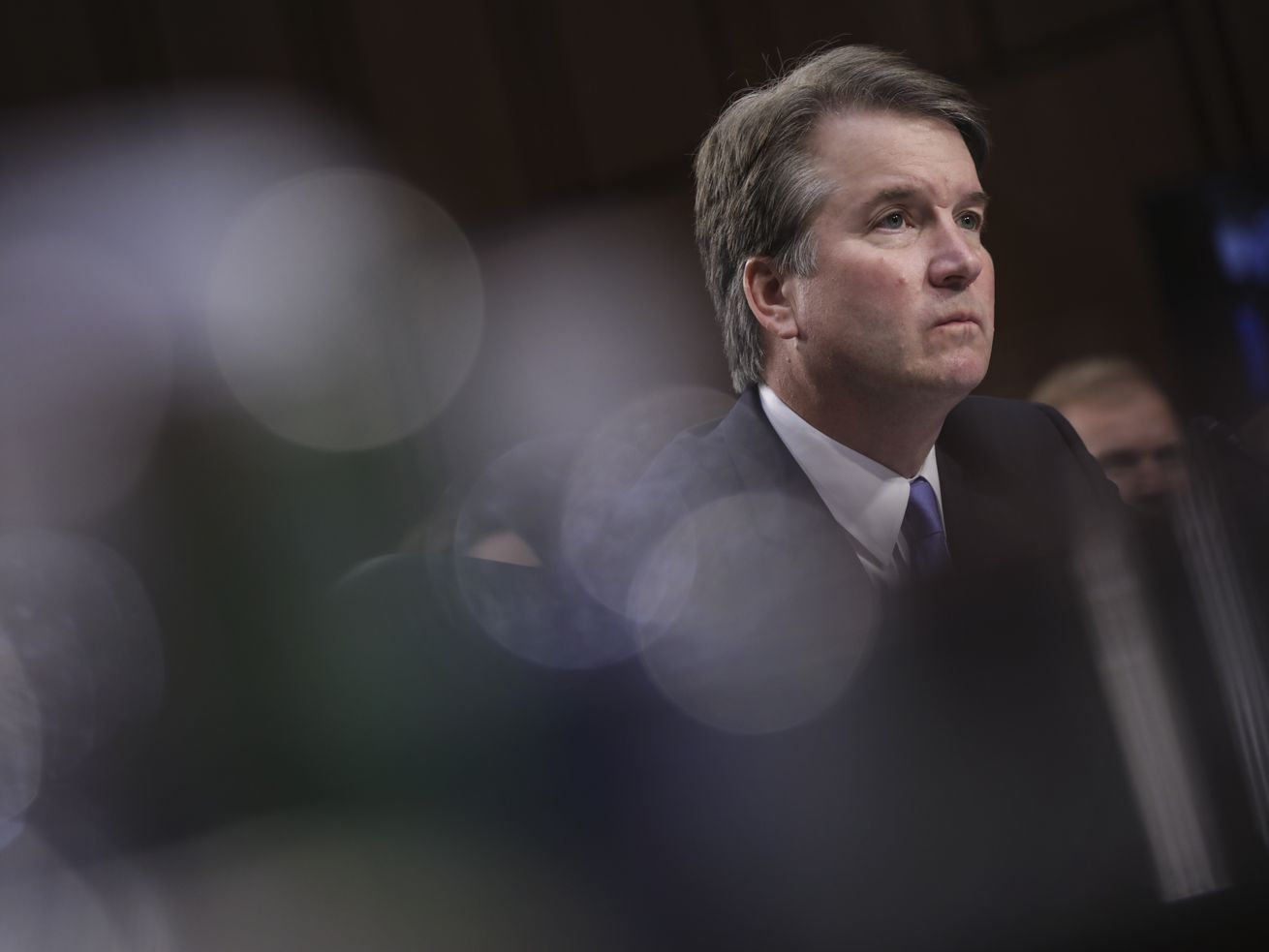 A committee vote on his nomination has also been delayed.

Supreme Court nominee Brett Kavanaugh’s nomination process is on hold, at least until next week: The Senate Judiciary Committee will hold a public hearing on Monday of testimony from both Kavanaugh and Palo Alto University professor Christine Blasey Ford. The hearing will center on sexual assault allegations that Ford has brought against Kavanaugh, according to a statement from Judiciary Chair Chuck Grassley.

This hearing means that the committee vote on Kavanaugh, which was originally scheduled for this Thursday, September 20, is also now delayed.

Democrats have aggressively pushed for this delay and argued that the vote should not take place until a full FBI investigation is conducted into Ford’s sexual assault allegations.

In a Washington Post report on Sunday, Ford accused Kavanaugh of forcing himself on her when the two were both teenagers. She says that he pushed her into a bedroom, got on top of her, and attempted to remove her clothing. When she screamed, he allegedly put a hand over her mouth. Ford said she was ultimately able to free herself after Mark Judge, a classmate of Kavanaugh’s, jumped onto the bed and toppled them over.

Kavanaugh and Judge have denied the accusations.

Democratic lawmakers, including Judiciary Committee ranking member Dianne Feinstein (CA), were among the most vocal in urging for a delay to Kavanaugh’s committee vote. Some Republicans, including Judiciary Committee member Sen. Jeff Flake (AZ) and Sen. Bob Corker (TN), said they were uncomfortable moving forward with Kavanaugh’s nomination if they didn’t have a chance to fully hear from Ford. And Sen. Susan Collins, the Maine Republican considered a key swing vote on Kavanaugh’s confirmation, said she wanted to hear from both parties under oath.

Democrats have also argued that the FBI needed to probe these allegations first and have implied that the committee’s partisan handling of the Kavanaugh confirmation overall suggest that it’s not qualified to conduct an objective review. The FBI did not immediately respond to a request for comment.

Republicans, in turn, have accused Democrats of partisanship and waiting to bring up the allegations until it would delay the confirmation process. (Ford said in the Post that she originally did not want to come forward.)

For now, it is delayed. But it looks like Democrats may just have to settle for an internal investigation by the Senate Judiciary Committee — and a public hearing.