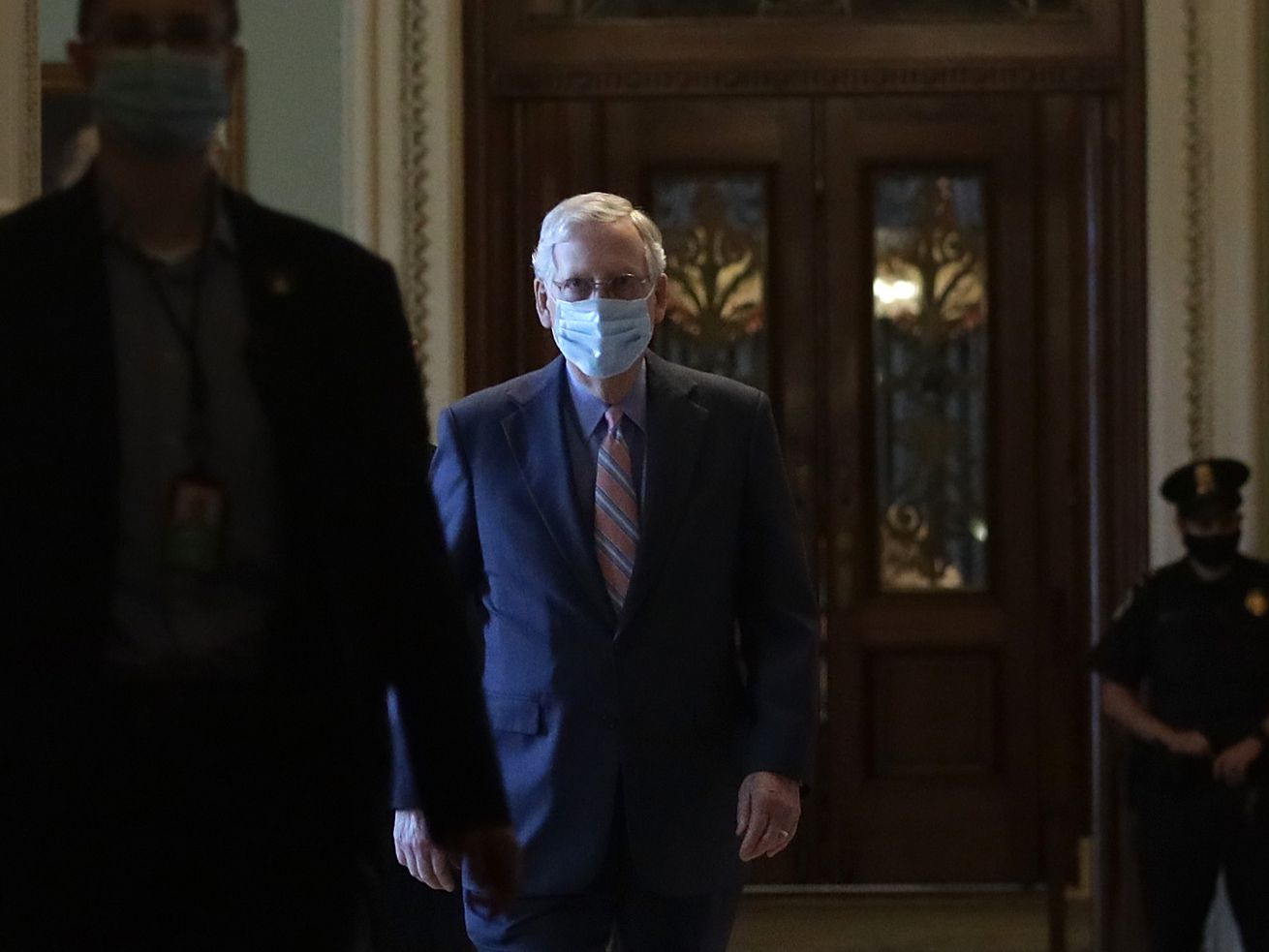 Many senators wanted to forbid the government from secretly collecting information about your internet habits, but an amendment failed by just one vote.

During the coronavirus pandemic, many of us have vastly increased the time we spend online and moved many of the activities from outside of our homes to the confines of the internet. In the middle of this — and with this shift in mind — the Senate voted on Wednesday not to protect Americans’ internet browsing and search history data from secret and warrantless surveillance by law enforcement. The measure needed 60 votes to pass. It got 59.

The outcome is especially frustrating since four senators didn’t vote on the amendment at all, and at least one would have voted yes. Lamar Alexander couldn’t vote because he’s quarantined. Two others — Ben Sasse and Bernie Sanders — didn’t respond to request for comment on where they were during the vote. An aide told Politico that Patty Murray would have voted yes had she been there, but the senator was not in Washington, DC, when the vote occurred. In the end, the result didn’t come down to party — there were plenty of Republican and Democratic votes on both sides — but attendance.

The vote was for an amendment to the controversial Patriot Act, which would have expressly forbidden internet browsing and history from what the government is allowed to collect through the approval of a secret court. Currently, there is no such provision, which means there’s nothing stopping the government from doing so. The government has an established history of using this method to collect certain types of data about millions of Americans without their knowledge.

“There is little information that is more personal than your web browsing history,” Sen. Ron Wyden, a Democrat who sponsored the amendment, told Recode. “If you know that a person is visiting the website of a mental health professional, or a substance abuse support group, or a particular political organization, or a particular dating site, you know a tremendous amount of private and personal information about that individual.”

“Getting access to somebody’s web browsing history is almost like spying on their thoughts,” Wyden added. “This level of surveillance absolutely ought to require a warrant.”

A little history is useful here. The Patriot Act has been in place since 2001, when it was drafted as a response to the intelligence failures leading up to the 9/11 terrorist attacks. What was once seen by many (but not all) as a necessary privacy compromise to prevent terrorism became a vehicle to secretly collect data on millions of people who weren’t even suspected of a crime. The Patriot Act gained newfound infamy in 2013, when former National Security Agency (NSA) contractor Edward Snowden leaked highly classified documents that revealed how the law was being used to secretly surveil Americans.

Among other things, the Patriot Act permitted the federal government to collect millions of phone records through a provision best known as Section 215. This part of the law allowed the government to simply get an order from a secret court established by the Foreign Intelligence Surveillance Act (FISA). This court had little oversight and approved nearly every request that came before it, provided that the government said the information was relevant to an investigation into foreign terrorism or intelligence.

When the Patriot Act came up for renewal in 2015, Congress enacted a number of reforms in response to the public outcry over the Snowden revelations. This led to a law called the USA Freedom Act. Among the reforms therein were provisions for increased oversight and transparency. Requests for data such as phone records had to be limited in scope, and bulk collections such as those revealed by Snowden were forbidden.

But some privacy advocates didn’t think the USA Freedom Act went far enough, and a recent audit by the Department of Justice’s inspector general found the FISA court system was still being abused. The fact that the investigation into the Trump campaign was conducted partially through FISA applications — some of which, the IG found, had inaccuracies and omissions — made reforms to the USA Freedom Act and the secretive court system particularly desirable to some Republicans.

Fortunately for them, the USA Freedom Act came up for renewal this year. The House passed a reauthorization bill in March, but the Senate wasn’t able to take it up until now (the pandemic didn’t help matters). During the intervening period, the USA Freedom Act expired, which makes its renewal a pressing issue. The House’s bill included some reforms, like forbidding the warrantless collection of Americans’ phone records and cell tower or GPS location data. But privacy-minded members of Congress criticized it for not going far enough, and 136 of them, including 75 Democrats, voted against its passage.

The bill that passed the House in March went to the Senate this week. Wyden’s amendment to the bill, which was cosponsored by Republican Sen. Steve Daines, would have expressly forbidden collecting “internet website browsing” and “internet search history” through a FISA application. (The reauthorization bill passed on Thursday.)

Both Wyden and Daines made speeches on the floor in support for their amendment, each presenting it in a way that would be particularly appealing to their party’s interests. While Daines said it would help prevent a politically motivated FBI from abusing FISA courts to secretly investigate President Trump’s campaign and advisors, Wyden said it would prevent abuse of FISA courts to secretly investigate Trump’s perceived enemies by Attorney General Bill Barr’s politically motivated Department of Justice. Both said the amendment would further protect Americans’ privacy.

In his impassioned speech, Wyden brought up the pandemic, and Americans’ increased use of the internet because of it.

“Is it right, when millions of law-abiding Americans are at home, for their government to be able to spy on their internet searches and their web browsing without a warrant?” the senator asked, noting that the internet has become many people’s only connection to the outside world. “We are more vulnerable to abusive surveillance than ever before.”

It seems that enough senators thought it was, in fact, right. One of the “no” votes came from Sen. Mitch McConnell, whose love of the Patriot Act and all of its privacy-invading provisions is enduring and well-known. McConnell was even close to proposing his own amendment to counter the one from Wyden and Daines. McConnell’s amendment would have deliberately included internet search history and web browsing data in a list of records that the government can request through FISA courts. This was already allowed, so McConnell’s amendment wouldn’t have changed anything except codifying it into law. But that amendment never came to the floor, likely because McConnell knew the Wyden-Daines amendment wouldn’t get enough votes.

Update, May 14: The Patriot Act reauthorization bill passed the Senate on Thursday, without the Wyden-Daines amendment (but with an amendment from Sens. Leahy and Lee that added some independent oversight to the FISA court). The vote was 80-16. Murray, now back in DC, was among the no votes.