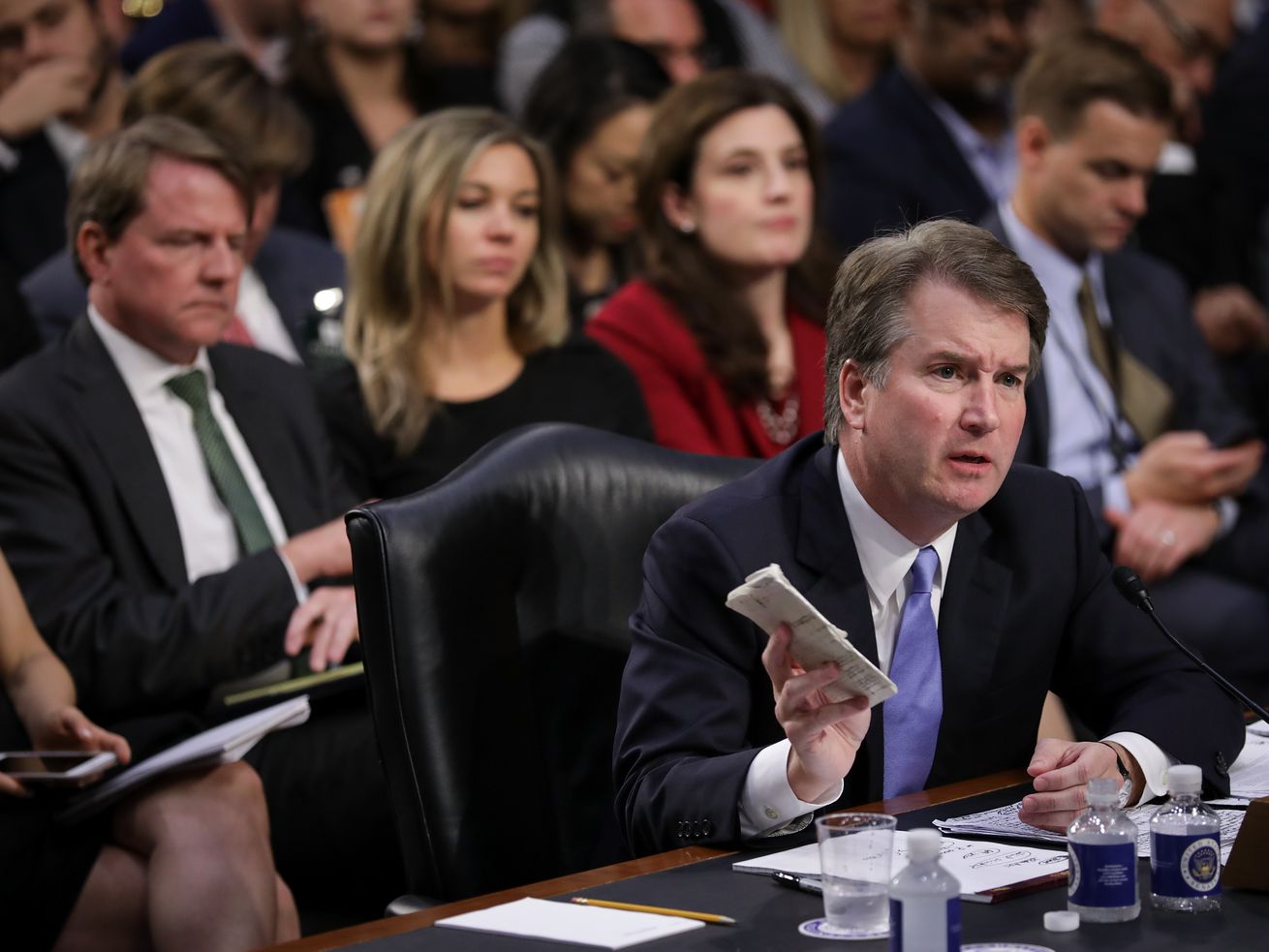 It will likely bring him one step closer to confirmation.

The Senate Judiciary Committee is expected to vote on Brett Kavanaugh’s Supreme Court nomination on Thursday, September 20, setting it up for a likely floor vote.

The panel, which held a contentious confirmation hearing with Kavanaugh last week, met to weigh his nomination on Thursday. As part of this meeting, lawmakers on the committee have the ability to hold over agenda items for up to one week — an option Chair Chuck Grassley exercised.

The fight over Kavanaugh’s records also cropped back up during the Thursday meeting.

Multiple Democrats moved to issue subpoenas for portions of Kavanaugh’s records which they have not been able to access up until this point. This effort included a call from Sen. Dianne Feinstein to issue a subpoena to the National Archive to access Kavanaugh’s records from his time as staff secretary at the Bush White House, a trove that Republicans have declined to request. Sens. Amy Klobuchar and Sheldon Whitehouse were also among a number of others who called for a subpoena. Their request focused on documents that have been withheld due to the White House’s assertions of executive privilege. All of the motions failed.

Democrats have argued that their inability to review key documents are an indication of how much the vetting process for Kavanaugh has deteriorated. “We are a whisper, a shell of what this committee once was,” said Sen. Dick Durbin (IL).

The committee, which has an 11-10 Republican majority, will likely advance Kavanaugh’s nomination via a party-line vote. From there, Senate Majority Leader Mitch McConnell is expected to quickly put the nomination to a vote on the floor, where Republicans are set to push it through with their 51-vote majority.

McConnell has emphasized that he would like to hold a floor vote on Kavanaugh ahead of the start of the Supreme Court’s fall session on October 1. While closely watched moderates like Sens. Susan Collins and Lisa Murkowski haven’t yet announced how they plan to vote, they’ve also given little indication that they have any inclination to block Kavanaugh.

Interestingly, the speed with which Kavanaugh’s nomination has progressed is a stark contrast with his previous nomination for DC Circuit Court — which languished for roughly three years.

At the time, Kavanaugh’s partisan background drew heavy opposition from Democrats, who committed to stalling his confirmation. In both 2004 and 2005, the Senate sent Kavanaugh’s nomination back to the White House without even taking a floor vote on it. One key difference between that time frame and the current one, however, is that certain Senate filibuster rules were still intact. Back then, it took 60 votes to break a filibuster and approve judicial nominees. Today, it only takes a simple majority.

While he was being weighed for the DC Circuit, Kavanaugh appeared before the Judiciary Committee in two confirmation hearings. He first testified before Congress in 2004, after which his nomination faltered. And he ultimately came before the panel again in 2006, when his nomination scraped by via a close 10-8 party-line vote.

In both hearings, his highly political profile prompted fierce scrutiny from Democrats who wanted more information about his involvement in controversial Bush-era torture and wiretapping policies. His work investigating former President Bill Clinton alongside independent counsel Kenneth Starr was also of chief concern for critics, who viewed the judge as a highly partisan pick with little judicial experience.

“If there was a political fight that needed a political foot soldier in the last decade, Brett Kavanaugh was probably there,” Senate Minority Leader Chuck Schumer said at the time.

Given the subjects Democrats focused on last week, it’s clear that Kavanaugh has done little to assuage their concerns in the decade since.