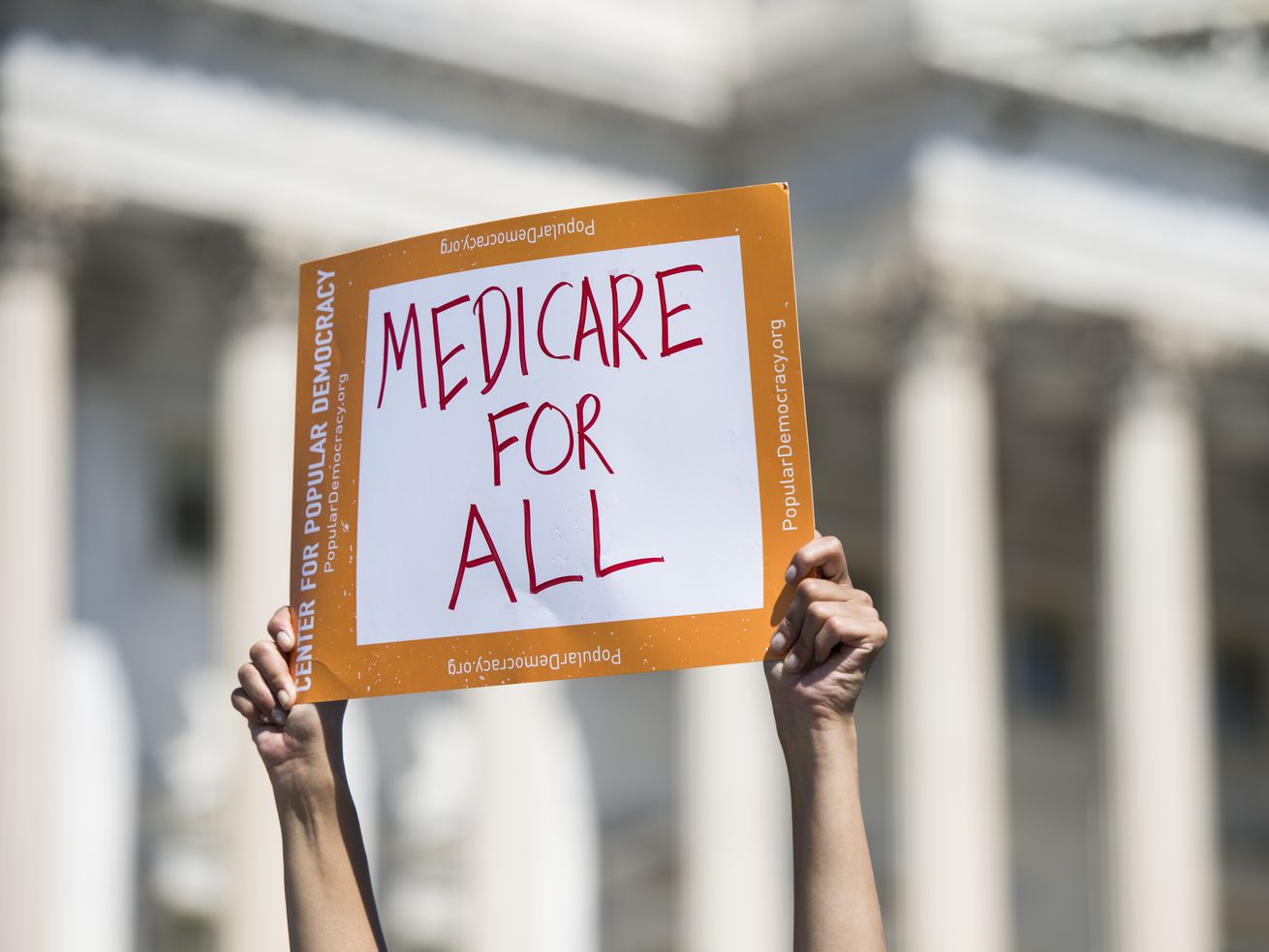 Sen. Bernie Sanders and the left vs. the libertarians at Mercatus is the shape of things to come.

An earnest debate about single-payer health care in America has been consuming a certain corner of the internet after the release of and then the backlash to a libertarian think tank’s score of Sen. Bernie Sanders’s Medicare-for-all bill.

It all started when the libertarian (and, as some will point out, Koch-funded) Mercatus Center at George Mason University put out a report showing Medicare-for-all would cost the federal government $32 trillion over 10 years — but the United States as a whole would save $2 trillion, over the same time, under the Sanders bill as currently written.

Those twin findings — and the disagreement over how to frame them — have kept the single-payer debate raging for nearly a month. The Washington Post Fact Checker weighed in (as have lefty wonks critiquing the fact-checkers). New York Times opinion columnist and Nobel laureate Paul Krugman tweetstormed about it. It’s been a tempest in the teapot of the DC policy debate during the August doldrums.

But we’ve all lost the plot, to one extent or another. The real lesson of the report isn’t the particulars of its projections. It’s that moving to a single-payer system forces us to ask real questions about how it might be achieved and what the notable trade-offs would be. Those questions have gotten lost as the debate has devolved into a spat over budget tables and footnotes.

It doesn’t matter whether one think tank’s score of a single-payer bill that will never become law shows $50 trillion in new spending or $5 trillion in savings.

The pertinent questions for Medicare-for-all are whether the tax increases necessary to fund a single-payer program are politically tenable and how much providers would be paid under this new system. For the proposal’s opponents, they have to confront the possibility that a government-run health care system really could, with the right structure, save money while providing more care. The news media needs to grapple with how it would adjudicate what would be a nuanced debate over an unprecedented overhaul of the American social contract and our health care system.

Unfortunately, that isn’t the debate we are currently having. The present dialogue has turned into a niche proxy war of the single-payer debate, but we need to think bigger.

The Mercatus study was tailor-made to set off a fight. Here’s how we ended up here:

Critically, for all the sound and fury, there is no real disagreement about the facts. Mercatus’s own study does find that if you cut provider rates to Medicare levels you could reduce national health expenditures — and there’s no denying that even if you reduced national health expenditures, shifting all health spending onto the federal balance sheet would require significant tax increases.

The Sanders bill is of course worthy of study; in the Democratic wing of the Senate, every major potential presidential candidate has endorsed it, and a record number of congressional candidates are running on a Medicare-for-all platform in the 2018 midterms. A serious single-payer debate could be right around the corner, and we need to start a dialogue about trade-offs and policy particulars.

Why there was a wonk fight over the Mercatus report

The dispute between Mercatus’s Charles Blahous and single-payer supporters would have been relegated to an obscure corner of Twitter until media fact-checkers got involved.

When the Washington Post dinged Sanders and other Democrats for “cherry-picking” the $2 trillion savings figure, progressive wonks were aghast and with some good reason. For starters, the fact-checkers seemed to be overly credulous in buying into Mercatus’s counterspin: The Post even stated that “the main point” of the study was to show the $32 trillion in new federal spending and the tax increases that would be necessary to implement Medicare-for-all. (For my part, I observed single-payer seemed to be “actually kind of a bargain,” according to the analysis.)

The fact-checkers also had the gall to chastise Sanders and others for … stating exactly what the Mercatus report found. Blahous did find that the Sanders bill as written would save up to $2 trillion for the country as a whole. That is a fact. It wasn’t wrong to say so.

Now, “as written” might be a hugely important caveat. Sanders includes no financing plan in the legislative language yet. Everything is still subject to change. For now, the Sanders bill would pay health care providers at Medicare rates, which are on average 40 percent lower than private insurance rates. The single-payer critics and some fact-checkers have (wrongly) suggested America’s doctors would face a 40-percent pay cut.

That isn’t true. Some people are covered by Medicaid or are uninsured right now, and therefore doctors are paid even less for those patients than they are by Medicare. Medicare rates would be a pay raise for those patients — not to mention more people would have insurance and more health care would be used. Bruenig worked out the math to determine the real pay cut to be less than 11 percent under the Sanders bill, for what it’s worth. Mother Jones’s Kevin Drum arrived at about the same number.

But Blahous wanted to make the legitimate point that, if you adjust that payment rate, the price tag for Medicare-for-all changes substantially. Increase the payment rate just a bit (which could happen as legislation is debated and finalized) and suddenly Medicare-for-all doesn’t save any money at all, as he detailed in the report.

But the revised payment rate was just something Blahous picked out of thin air, Bruenig and others like The Week’s Ryan Cooper have pointed out. It hardly seems fair for the Post or CNN to call single-payer supporters dishonest because they didn’t adhere to a libertarian’s self-imagined counterfactual.

The current draft of Sanders’s bill doesn’t include a financing plan — yet another reason not to take the Mercatus study too literally. This is all still a work-in-progress. But the question of revenue is and will remain a legitimate one.

Single-payer advocates also have to deal with the fact that doctors and hospitals really might face a decline in revenue. For certain clinics or hospitals in disadvantaged areas, any pay cut could put their future in risk. Single-payer proponents need to be prepared with answers to how they would address those and other situations of access and economic security. Conservatives and the media might be overstating the cuts, but they are a real concern.

The right, on the other hand, is trying to jumpstart one of its most obvious lines of attack against single-payer — it would involve a dramatic expansion of federal spending and require big tax hikes — while eliding the real possibility that a restructured health care system could actually work better. Getting media fact-checkers to adopt their preferred framing — tax increases! physician pay cuts! — is a substantial public relations win for single-payer critics.

The challenges for single-payer are real. Tax hikes and shuttered hospitals are potent political weapons in the hands of its opponents. But the Mercatus report also demonstrates we don’t really know yet how the pros and cons shake out. There will be trade-offs, but they could be trade-offs worth making.

We’ve seen other reports suggesting any tax hikes might effectively be a replacement of insurance premiums that workers and companies are already paying. If increased volume and efficiency can really help doctors and hospitals mostly maintain their current revenue, then maybe the blow to health care access won’t be what critics fear.

That is a not-entirely-implausible reading of the Mercatus report, which is probably why it set off such a storm in the first place. But at this point, the debate over this specific data set probably isn’t doing anybody any good anymore.