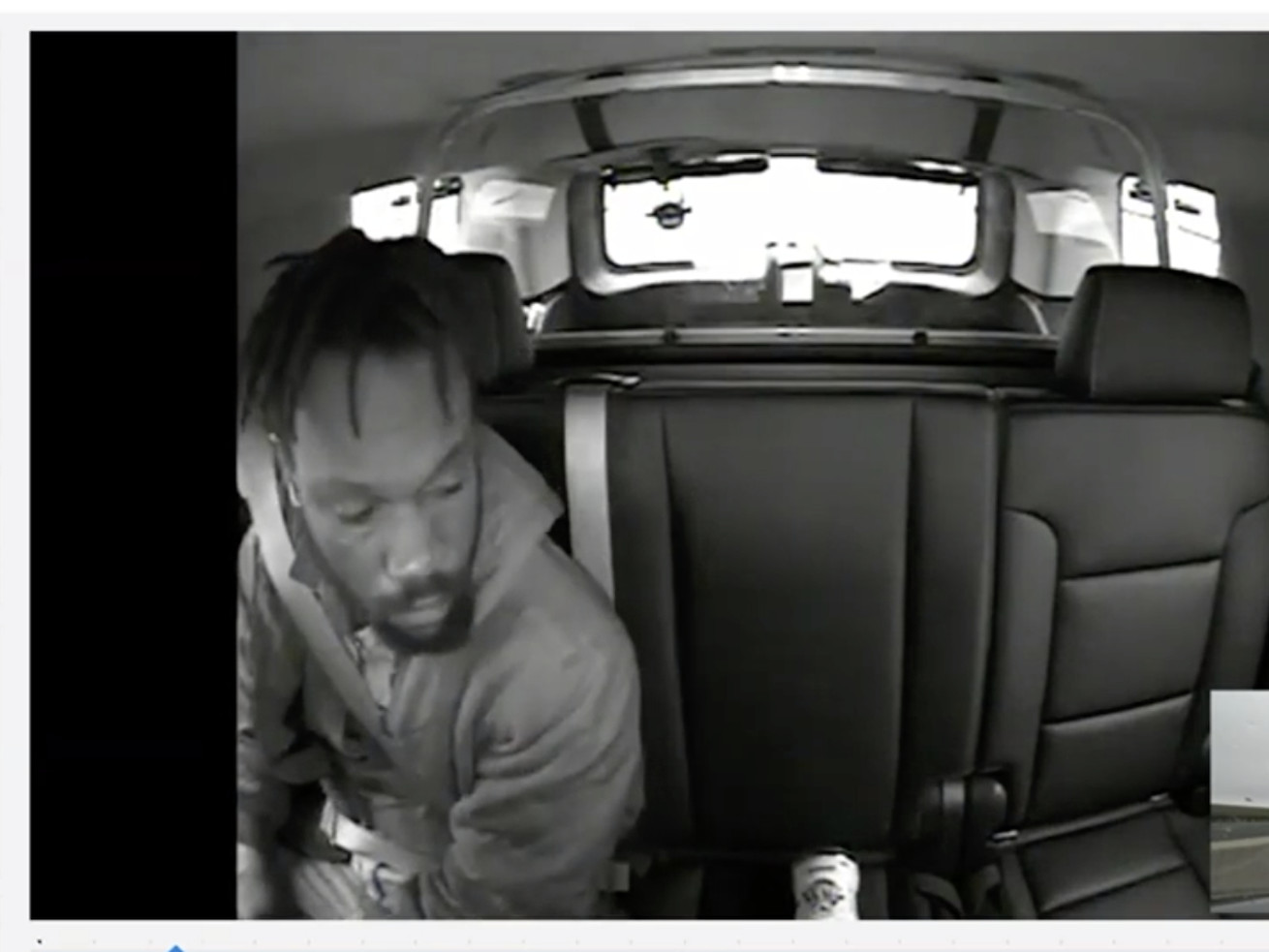 A screenshot from dashcam footage of Maurice Gordon, who was shot and killed during a traffic stop in New Jersey on May 23. | Courtesy of New Jersey Attorney General’s Office

Footage has been released of the 28-year-old black man being fatally shot during a routine traffic stop in New Jersey.

As people around the world continue to protest racism and police violence, a new case of an officer-involved killing of a black man has come to light. On the morning of May 23, 28-year-old Maurice Gordon was shot and killed by a white New Jersey state trooper during a traffic stop on the Garden State Parkway in Bass River, according to the New York Times.

On Monday, New Jersey Attorney General Gurbir S. Grewal released a collection of audio and video files related to Gordon’s death, including police dash cam video of the deadly tussle between Gordon and the officer and a 911 call from Gordon’s friend the day before.

The video shows a lengthy encounter between Gordon and the officer. After having trouble with his car, Gordon, who had been stopped for allegedly speeding, opts to sit in the back of the police car as he awaits a tow truck. But it isn’t until he exits the cruiser that he gets into an altercation with the officer, who shoots him six times. The phone call from Gordon’s friend almost foreshadows the fatal incident, as he calls police worried about his friend’s whereabouts around 27 hours before his death.

In the backdrop, worldwide protests for black lives have been ongoing since the Memorial Day police killing of George Floyd in Minneapolis, Minnesota, which was captured on video and shared widely on social media. This comes after the killing of Ahmaud Arbery, an unarmed black man who was jogging in Georgia, by a former officer, and the Louisville, Kentucky, police shooting of Breonna Taylor, a black woman sleeping in her home. These killings, coupled with the momentum of the anti-racism protests, are now bringing the national spotlight to overlooked police killings of black people, underscoring the urgency of calls to abolish America’s current public safety framework.

The details leading up to the police shooting of Maurice Gordon

At 6:26 am on May 23, New Jersey state police trooper Sgt. Randall Wetzel stopped Gordon on the Garden State Parkway for allegedly driving 110 miles per hour, according to a statement from the attorney general’s office.

As recorded by the front-facing camera of the police cruiser, Gordon’s vehicle became disabled on the side of the road during the encounter, prompting Wetzel to call a tow truck. As they waited for the truck to arrive, Wetzel asked Gordon if he would prefer to sit in the back of his police car. Gordon agreed. After sitting in the back seat of Wetzel’s vehicle for more than 20 minutes, Gordon exited the vehicle upon Wetzel offering him a mask, according to distant rear-facing camera footage. A confrontation ensued outside the vehicle as Gordon tried to enter the driver’s seat of the police car two different times.

During the first attempt, Wetzel pepper-sprayed Gordon. During Gordon’s second attempt at entering the driver’s seat, Wetzel removed him from the police car, at which point a struggle between the two mounted, ending with Wetzel shooting Gordon six times and killing him, according to backward-facing camera footage. Wetzel handcuffed Gordon after shooting him and can be heard in the video recording saying that Gordon grabbed his gun. By 7:25 am, Gordon had no pulse, according to the attorney general’s report. EMS arrived on the scene a few minutes later and pronounced Gordon dead.

The attorney general’s office says the shooting remains under investigation. As part of the investigation, the office released a total of five recordings captured in 12 files of various incidents involving Gordon across about 30 hours leading up to his death.

Two audio recordings are of a May 22 911 call from Gordon’s friend who called police from Poughkeepsie, where Gordon had been living for the past 10 years, concerned about his safety and well-being. The friend said Gordon was “very panicked” and told him he had a “paranormal experience,” and was a “law-abiding citizen” who was “doing really well.”

Additional video recordings show non-confrontational interactions between Gordon and state police in Brick, New Jersey, where Gordon apparently ran out of gas on the Garden State Parkway at 3:13 am, hours before the deadly encounter in Bass River. The troopers called a tow truck for Gordon that eventually arrived.

Later, at 4:54 am, dash cam footage shows another state trooper pulling up behind Gordon’s car, which was stopped in Waretown, New Jersey, in the left lane of the Garden State Parkway. The state trooper called a tow truck for Gordon and left. Surveillance footage from a Wawa in Barnegat, New Jersey, shows that Gordon was offered a ride to Wawa by people who picked him up off the side of the road, according to the attorney general’s office. After going to Wawa, Gordon returned to his vehicle, continued driving southbound, and was pulled over by an officer at 6:13 am and given a ticket for allegedly driving 101 miles per hour. Thirteen minutes later, Wetzel would pull him over.

Wetzel has been placed on administrative leave, and New Jersey Gov. Phil Murphy said on Monday that a grand jury would investigate Gordon’s death to determine if Wetzel should face criminal charges, according to the Times report.

Gordon’s family has said they were unable to watch the footage before it was released publicly. The family’s lawyer, William O. Wagstaff, said he believes there is still more footage that has not been released and has requested an independent prosecutor for when the case goes before a grand jury. The attorney general’s office said that the office of the chief medical examiner has not yet completed its medical examination report.

Gordon came to America from Spanish Town, Jamaica, and worked as an Uber driver while studying chemistry at Dutchess Community College in Poughkeepsie, according to the Washington Post.

The video recordings were released on Monday amid a tense international atmosphere marked by the repeated killings of black people by law enforcement. George Floyd died when a police officer pinned him by his neck with his knee for nearly nine minutes, echoing earlier cases like that of Eric Garner from 2014, with Floyd telling officers, “I can’t breathe.” Eerily, on the 911 call Gordon’s concerned friend placed before Gordon’s death, the friend can be heard asking, “What’s going to happen to him?”