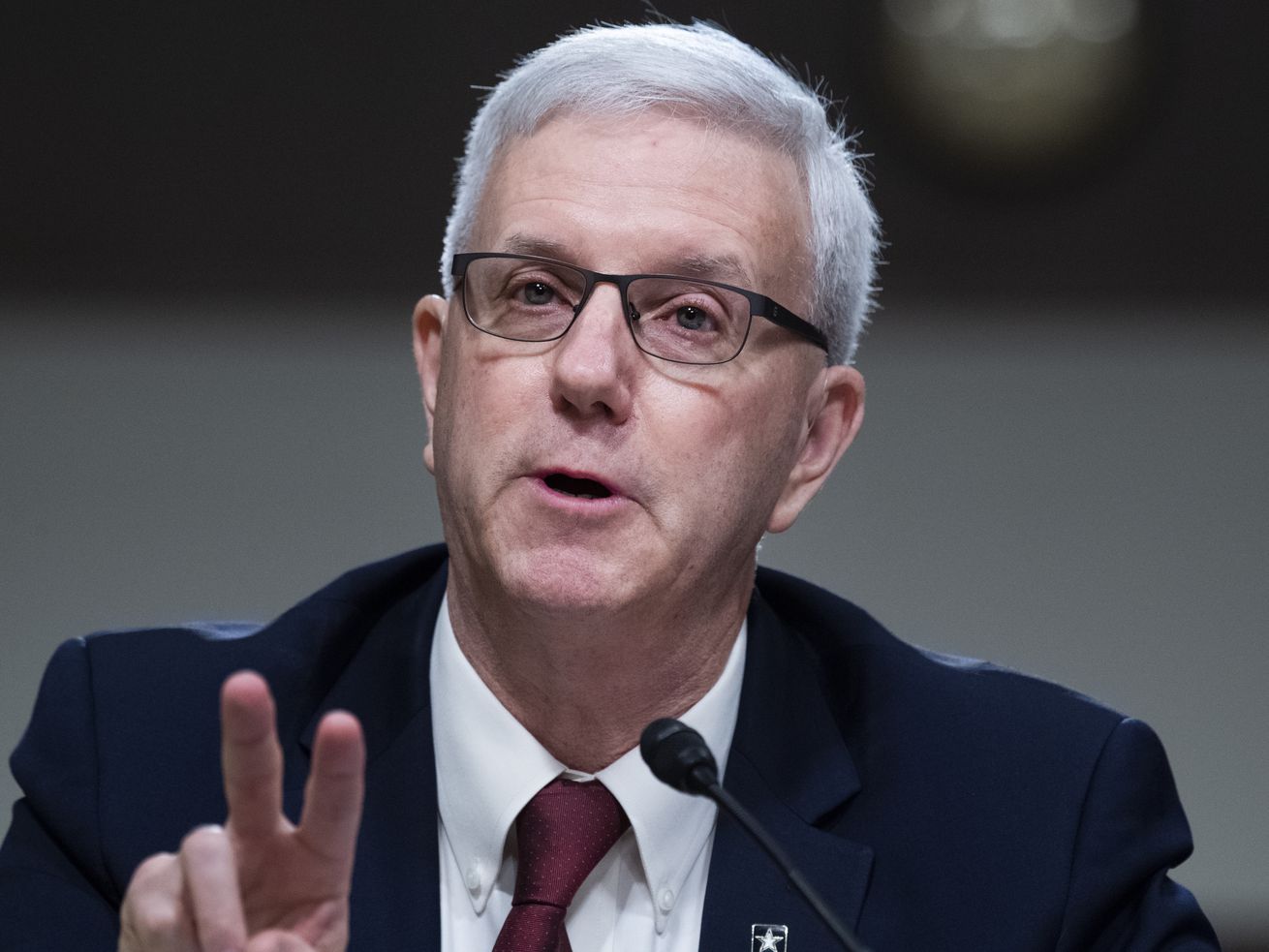 An officer who sued over the ban was granted a waiver by the Secretary of the Navy.

A transgender naval officer who is suing the Trump administration over a ban on service by openly trans military personnel was granted a waiver — the first ever — allowing her to serve in the US military according to her gender identity.

The acting Secretary of the Navy, James E. McPherson, approved the waiver on Thursday. It allows the officer to obtain a gender marker change in the Defense Enrollment Eligibility Reporting System (DEERS) that reflects her “preferred gender,” and allows her to adhere to standards associated with that gender, including with uniforms and grooming.

The officer is the plaintiff in Doe v. Trump, the only lawsuit against the ban brought by a transgender active servicemember, according to attorneys at the GLBTQ Legal Advocates & Defenders (GLAD) and the National Center for Lesbian Rights (NCLR) who represented the officer in the suit.

In August 2017, President Donald Trump tweeted that he would ban trans people from serving in the military. In February the following year, the Department of Defense released formal guidelines instituting the ban that allowed trans people to serve, but only if they did so in the gender role matching their assigned sex at birth.

Those guidelines also stated that a trans person could apply for a waiver from the transgender policy but those would only be granted “on a case by case basis.”

It is unknown how many trans service people have applied for this waiver, but Thursday’s is the first that has been granted — and Shannon Minter, legal director at NCLR, believes the pressure created by the lawsuit is why.

“It’s very striking that after the ban being in place for more than a year and a number of service members seeking a waiver, that the first time the military has acted one way or the other, is with respect to the only person who has filed a lawsuit challenging the application of the policy,” said Minter. The lawsuit “really jumps out as likely the reason that this particular waiver request has been acted upon.”

A Navy spokesperson did not answer detailed questions from Vox about why this particular officer’s waiver request was granted.

For now, the officer’s lawsuit will move forward; however, Minter believes it is now likely to be ruled moot because the suit was brought to ensure the officer could continue her service after transitioning, which the waiver now allows. Three other lawsuits challenging the ban — all of which have plaintiffs who are not on active duty — have yet to be heard, however, meaning the courts could still weigh in on the constitutionality of the rule.

Initially, all four suits won preliminary injunctions against the ban, initially delaying its implementation. However, the US Supreme Court stayed the injunctions in January 2019, allowing it to be put in place while litigation works its way though the appeals process. The stay was seen by many legal observers as a sign that the high court would likely uphold the ban if it is eventually heard.

There appear to be no publicly available guidelines for how waivers are adjudicated. Navy spokesperson Lt. Brittany Stephens told Vox that waiver requests are reviewed by the Navy secretary “on a case-by-case basis” in a process that weighs “the unique facts and circumstances of each request.”

A lack of waiver application criteria — including, for instance, what supporting materials are needed and what sorts of facts are taken into consideration — has led to ambiguity and confusion, as well as concern from advocates like Minter that waivers will be granted on a politically expedient basis.

And what rules do exist expose the hypocrisy behind the ban itself — in part because requesting a waiver could lead to discharge.

According to existing DOD guidelines, a trans person being diagnosed with gender dysphoria requiring a gender transition makes a servicemember unfit to serve, resulting in a discharge. However, trans troops who had already transitioned before the Trump ban was formally put into place were grandfathered in and allowed to continue serving.

This places trans troops in a difficult scenario — besides being forced to out themselves, servicepeople applying for a waiver who have been diagnosed with gender dysphoria risk immediate discharge despite many of their colleagues with the same diagnosis being allowed to continue their service, something Minter calls “inherently irrational.”

At the moment, there have been no reported cases of active duty trans servicemembers being discharged under the policy, but it remains an issue of concern — and, Minter says, is both unnecessary and unfair: “As we know, being transgender in and of itself has no relevance to your ability or fitness to serve.”