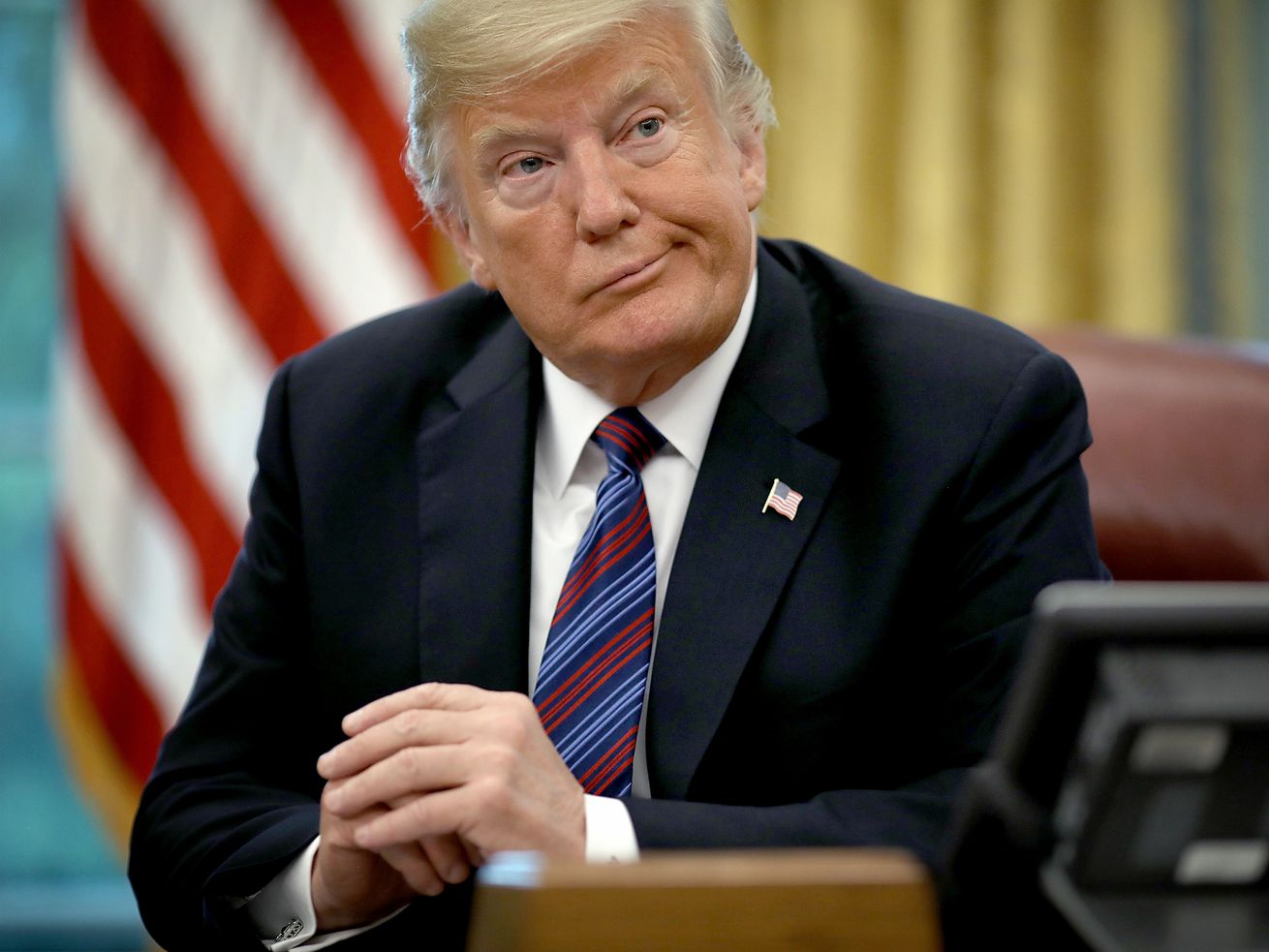 Canada and the US are negotiating up to the deadline.

The Trump administration’s self-imposed deadline to bring Canada into a revised North American Free Trade Agreement is this Sunday — and there’s a chance negotiators miss it.

There was a little bit of optimism late Friday, after Reuters reported that Mexico and the US decided to hold off publishing the text of its United States-Mexico bilateral trade deal on Friday — a signal that both weren’t quite ready to move ahead without Canada.

But the prospects of a last-minute agreement with Canada remain pretty grim after weeks of a negotiating impasse over a revised NAFTA, the trilateral trade agreement between the US, Canada, and Mexico.

President Donald Trump vented his frustration with Canada during a press conference in New York this week in which he bashed their negotiators and claimed he rejected a one-on-one meeting with Canadian Prime Minister Justin Trudeau on the sidelines of the United Nations. (Canada says it never asked for such a meeting.)

“We’re very unhappy with the negotiations and the negotiating style of Canada,” Trump said. “We don’t like their representative very much. They have taken advantage.”

“The deal is done,” he added. “Now it has to go through Congress and a lot of things have to happen.”

The deal Trump is referring to is the United States-Mexico bilateral agreement the two countries struck in August, which the president now wants to submit to Congress as a NAFTA replacement. But it’s unclear if Congress will even accept a deal without Canada. Though Republican leaders have also chastised Canada in recent weeks, there’s fairly strong bipartisan support for keeping Canada part of the trade pact.

Canada knows this, which has bolstered their negotiating position. And even as the Trump administration prepared to forge ahead, it’s not altogether rejecting a future deal with Canada.

“We’re going to go ahead with Mexico,” US Trade Representative Robert Lighthizer, who’s leading the negotiations, said this week. “If Canada comes along, that would be best. If Canada comes along later, then that’s what will happen. We certainly want to have an agreement with Canada.”

Which means the Trump administration might find a way to make the September 30 deadline flexible, and continue talks with Canada. How that will work practically is still unclear, but as the NAFTA deadline nears, here’s a look at how the two countries got here, and what might happen if there’s no agreement by this weekend.

What is even going on with NAFTA talks?

Trump hates NAFTA. “I don’t like NAFTA,” he said Wednesday. “I never liked it.”

Trump’s loathing of the trade agreement carried from his campaign to his presidency, and in August 2017, all three countries began talks to renegotiate the trilateral trade deal.

About a year later, in August 2018, the US and Mexico reached a preliminary bilateral pact that dealt with some issues between the two countries — but wasn’t exactly a NAFTA replacement. Canada then rejoined negotiations with the goal of reaching a revised agreement — NAFTA 2.0, if you will — to submit to Congress.

The Trump administration had initially pushed to reach a deal by the end of August. It was a manufactured political deadline — the United States wants to sign a deal with Mexico before December 1, when the country’s new leftist president, Andrés Manuel López Obrador, takes power. (Obrador has said he wants a trilateral deal.)

The US and Canada, of course, did not reach a deal by the end of August.

But the Trump administration went ahead and notified Congress that Trump intended to sign a new trade agreement with Mexico — “and Canada, if it is willing” — within 90 days. This is required under the Trade Promotion Authority (TPA), which gives the president the power to negotiate trade deals and Congress to approve them with an up-or-down vote.

The TPA, however, demands that text for any trade agreement be delivered no later than 60 days before signing, which is how the September 30 deadline came to be. The plan was for Canada and the US to negotiate for another month, and then submit the text for a trilateral deal.

Now the US and Canada are speeding toward that date without a deal. The text of any trade deal the Trump administration wants to submit to Congress will likely be published by Sunday. What it might look like is anyone’s guess.

What to expect if Sunday comes — and there’s no deal

The language of the text will likely provide clues as to whether the US is really forging ahead with a United States-Mexico bilateral deal, or still leaving an avenue open for Canada.

According to the Canadian news outlet CBC, the agreement may include at least a dozen chapters that have been agreed to by all three NAFTA partners — Canada, the US, and Mexico — which would hint that this is a trilateral agreement in-progress.

The administration already took a creative approach to TPA with their notification to Congress, and adding Canada later now would be even more unorthodox. Democrats have already challenged the administration on their bait-and-switch, saying that they can’t just replace NAFTA with an entirely new bilateral trade deal.

Ultimately, it will be up to Congress whether they’ll accept the administration’s machinations on TPA. And they might, because lawmakers have little appetite for a bilateral deal. They want Canada included. “Congress seems to be making it very clear on both sides of the aisle,” Marc Busch, an international trade expert at Georgetown University, told me.

Some lawmakers have adopted the administration’s posture on Canada, pressuring them to get in line or else. Rep. Steve Scalise (R-LA) warned Canada in a letter that if it “does not cooperate in the negotiations, Congress will have no choice but to consider options about how best to move forward and stand up for American workers.”

But this is likely bluster — and Canada can see right through it. “Steve Scalise can say whatever he likes,” Busch said. “Canada does have the upper hand right now.”

Canada is betting that a trilateral deal really is the only practical way forward. Canada is the US’s closest trading partner and the supply chains are so intricately intertwined. Certain provisions in the US-Mexico bilateral pact were also negotiated with the understanding that Canada would eventually be included — such as the percentages of each car that must be made in each country to avoid tariffs.

“The [US-Mexico] agreement was calibrated around the idea that Canada was going to be a part of this deal and these are really detailed calculations,” said Chad Bown, of the Peterson Institute for International Economics, said. If Canada is out, Bown added, those numbers will likely need to be recalculated.

Add to that Congress’s reluctance. Even if Trump moves ahead and signs a bilateral deal with Mexico, Congress likely won’t vote on it until next year. If Democrats retake one or both chambers, a Canada-less deal is likely dead on arrival.

Which is why Canada doesn’t feel all that rushed by the TPA deadlines. Canada wants to make “a deal that works for Canada,” Busch said. “That’s exactly what Canada is doing.”

What’s the hold up?

Both the US and Canada may agree that a NAFTA 2.0 is going to happen eventually — but for now, each side seems entrenched.

The US wants greater access to Canada’s dairy market, but it’s a politically charged issue in Canada, particularly in Quebec, which has inconveniently timed provincial elections on October 1.

Canada wants to keep Chapter 19, a provision that allows for an independent mechanism to resolve special trade disputes. It also wants to keep cultural exemptions for Canadian media and the arts, a symbolic stance to defend Canadian culture.

Also looming over the negotiations are Trump’s steel and aluminum tariffs — but specifically the mechanism used to impose tariffs, Section 232, which requires a national security justification.

“Canada — more so than Mexico — is very offended by the Section 232 tariffs against its industries,” said Sarah Goldfeder, a principal at the Earnscliffe Strategy Group and a fellow at the Canadian Global Affairs Institute. Canada sees the Trump administration’s implication that the country is a national security threat to the United States as beyond insulting, particularly since Canada is defense partners with the US.

Canada wants some future protections against these kinds of tariffs. The Trump administration initially used this as a bargaining chip — basically saying to Canada “let’s get somewhere on NAFTA and then we’ll talk tariffs.” But the administration has since tiptoed away from this, trying to separate the two.

Trump has also threatened automobile tariffs on Canada. They would hurt US consumers and manufacturers, but they would be ruinous for Canada.

Canada and the United States agreed to negotiate in private, so it’s unclear how close they might be on resolving these issues. But given comments from both the US and Canada in recent days, a last-minute consensus doesn’t exactly seem within reach.

That doesn’t mean negotiations will abruptly end if they two sides don’t reach an agreement by the Sunday deadline. Indeed, there’s a chance that missing the deadline might still allow Trump to declare victory on his US-Mexico — or “USM” — deal, allowing Canada and the US to negotiate out of the spotlight for a potential NAFTA 2.0 (or as Trump would rebrand it, “USMC”) and deliver a deal to Congress at some point.

“This entire thing has been political,” Goldfeder said. “The biggest problem at the moment is that the US rhetoric is so amped up that it isn’t providing Canada with the room it needs to agree to anything.”

“What we need in this moment is to just turn the heat down,” she added.