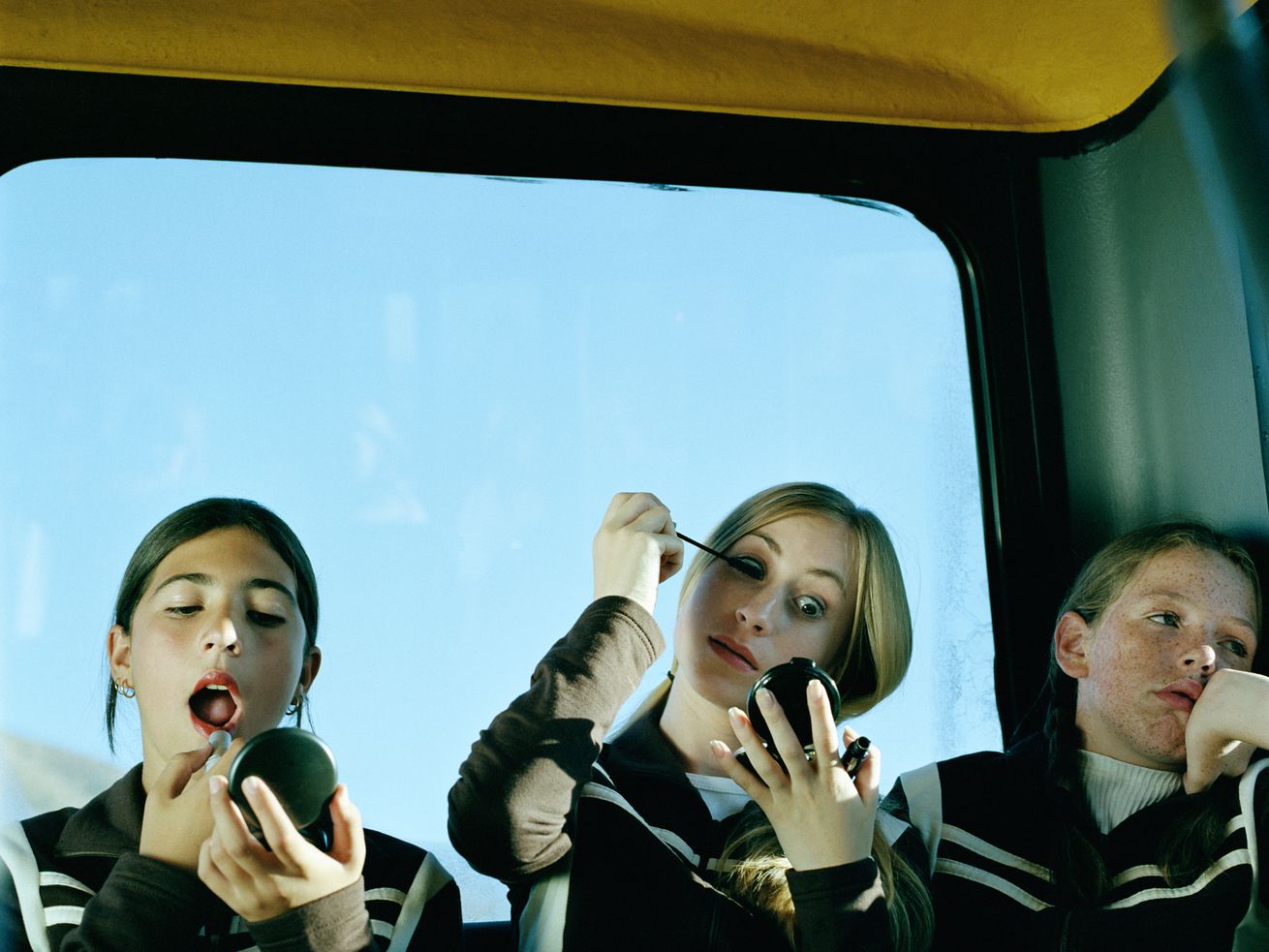 Why shaving on the train is a loaded issue.

A video of a man dragging a razor across his shaving cream-laden face went viral this month — not because of his immaculate technique, but because he was on a train.

The recording of this New Jersey commuter accumulated 2.4 million views and was met with a deluge of tweets expressing everything from admiration to disgust, one hailing the man as a “legend” and another saying “this would have put me over the edge.” Later, it was revealed that the commuter, Anthony Torres, was 56 and living in a homeless shelter when his brother sent him just enough money for a train ticket. He didn’t get a chance to tidy up at the homeless shelter and said he wanted to look “presentable” for his family, so he had to shave on his commute.

This is an especially extreme example of on-the-go grooming, but it’s one of many that have spurred the debate about how much is too much when it comes to getting ready on public transportation. From women applying makeup while commuting to subway riders clipping their nails to the New York City subway itself advising riders not to publicly primp, everyone has a boiling-hot take on this phenomenon. It’s a debate that reveals how we think about transient spaces and how we understand one another.

So why do some people rush to judgment and others to sympathy (or apathy) when they see someone brushing their hair in a space that belongs to neither of them? Most public transit is far from luxurious, and when another passenger makes it even more uncomfortable, it can be maddening. But transit etiquette has to do not only with hygiene and personal space, but also lines drawn by gender and class. Basically: Don’t assume someone grooming in public is doing it out of rudeness.

The rules don’t affect everyone equally

Historically, attacks on grooming in public have mostly been directed toward women. Earlier this year, a BBC article received backlash for listing applying makeup on transit as inappropriate; also on the list was eating, clipping your nails, reclining, and talking. In response to the post, Good Morning Britain hosted a discussion panel where a 72-year-old British journalist called women who do their makeup while commuting “lazy” and “selfish.” In 2016, a woman tweeted that she witnessed a man telling a woman he was with to stop doing her makeup because it was “vulgar.” According to her tweets, every woman in the train car who heard the interaction responded by starting to apply their own makeup.

Brands also capitalize on the polarizing issue, each taking different sides. Last year, CoverGirl constructed a marketing campaign called Project PDA (reappropriated to mean Public Display of Application), which shamed New York City subways for advising riders not to “clip” or “primp” on the train. The campaign said its research found that 50 percent of women felt uncomfortable doing their makeup on the subway and that the MTA’s advisement is inherently sexist. In response to CoverGirl’s campaign, the New York Post published a piece titled “Please stop doing your makeup on the subway.”

In 2016, a Japanese ad campaign by the private railway Tokyu called women who do their makeup while commuting “ugly.” The 30-second masterpiece also received a swarm of attention, and has been taken down.

Makeup is marketed almost exclusively to women, and according to a 2015 study, women ages 18 to 34 are the biggest portion of the $13 billion cosmetics market. To advise against applying it is to shame them for partaking in the rituals of femininity that are often thrust upon them.

Talking to 13 commuters from different cities about their respective attitudes toward grooming on transit, I found that the spectrum of reactions spanned from aghast to apathetic to empathetic. One San Francisco commuter, for example, said any sort of grooming is unacceptable. “No body parts should be touching other body parts that’ve been touching anything on public transportation,” she told me. “Perhaps it’s genuinely just a lack of understanding of just how filthy public transit is, but I am definitely extremely judgmental of those that perform any type of grooming tasks on public transit.”

Another commuter from Dallas said she sees no problem with doing makeup, brushing hair, or clipping nails in public transit. She argues that someone doing so just might not have had the time or space beforehand.

Most commuters I talked to had no problem with makeup — it was the snipping and clipping, poking and prodding that they deemed unacceptable. One Chicago commuter said touching up makeup was fine, but she would “call 911” if she saw someone clipping their nails on the subway, describing the act as “vomitrocious.” Another New York City rider said anything “involving the mouth” was too much. “I just remember someone trying to floss on the train and I was shook,” he says. And a commuter from Seattle agreed that brushing hair or doing makeup was fine but painting nails was not — the aroma is too strong.

A Brooklyn commuter was especially concerned with “flakes,” or anything coming off the body. “If a person wants to brush their hair, apply makeup, or otherwise groom in their contained personal space, that is fine,” he says. “Once we get into the world of trimming, flossing, or picking at things, it becomes a problem because there is the possibility of a blast radius of bodily flecks.”

The never-ending volley of judgment comes into play with class as well as gender. Expecting a person to groom before commuting is assuming they have time to do so, but time to yourself is a privilege. According to a 2008 Brookings study, lower-income Americans spend more time commuting and often live in cheaper housing that is farther from work and better serviced by public transit. The logic is that longer commutes will be offset by a greater quality of life.

And according to a paper by the Royal Society Open Science, which explored human mobility and class in Colombia, the most interconnected modes of transit happened in middle-income society. Those who traveled most were either exceedingly wealthy or poor, and as socioeconomic class increased, commuting time shortened. Lower-income commuters traveled at 5 or 6 am, while those with more means to expensive and time-efficient modes of transit commuted at 7 am.

A (different) San Francisco commuter posed this question: Who would be protected and who would be subjected to discipline if there were official train grooming rules? “Public transit is for the public, but it is also for the working public,” she says. “If someone has to live an hour or more away from their work because housing is not affordable, then how do they do makeup in the time as someone who can get into their car and drive 15 minutes to work?”

When occupying a shared transit space, you might be confronted with the struggle of others — there is no averting your eyes until you shuffle by or staring ahead as you roll up your window. It’s easier to believe that someone who is clipping their nails on transit is rude rather than rushed or disadvantaged. A person who is accosting you is much more at fault if their action is due to disregard for the “rules” instead of an inability to follow them.

And this is not meant to shame those who are bothered by train grooming. Watching someone clip their nails on the subway might indeed be “vomitrocious” to you. But knowing that the choice to groom might be out of necessity and not preference — or, who knows, is just preference — might inspire some sympathy, or at least some understanding. As long as the nail clippings don’t land on you.