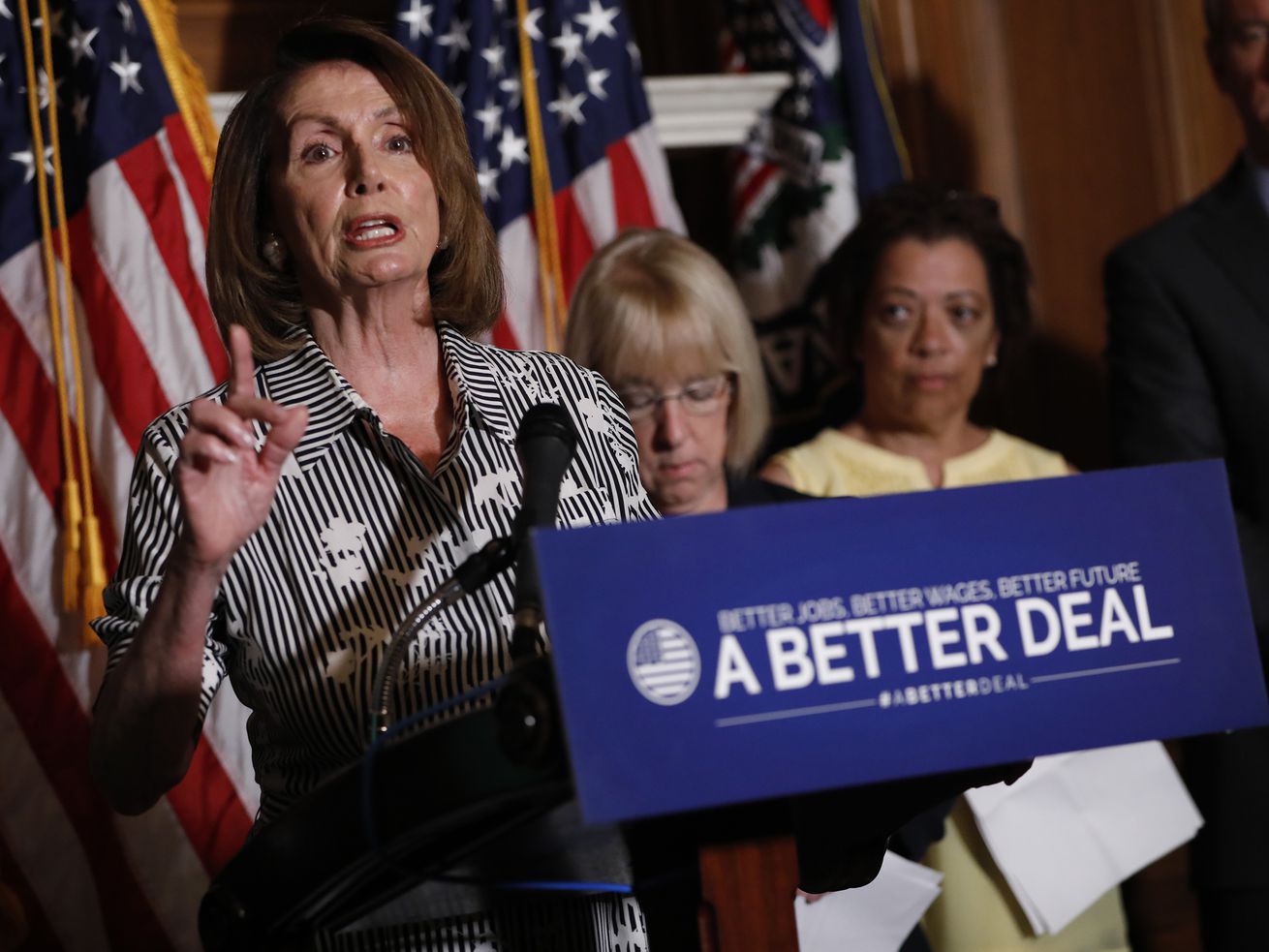 House Democrats don’t have unified campaign agenda for the midterms. That’s unusual for the party on the winning side of a “wave” election.

Last month the New York Times reported that House Democrats do not plan to present a campaign agenda, and instead will encourage candidates to “tailor their own messages to their districts” with only a “bare-bones national agenda” to unite them.

This is unusual for the party on the winning side of a “wave” election. This year, the Democrats have several major electoral advantages: the president’s party typically loses House seats during a midterm election, the president’s poll ratings are mired around 40 percent while House Democrats hold an eight-point lead in the generic ballot.

However, the party on the losing side of unified party control of Congress and the White House is at an institutional disadvantage. The White House is the preeminent “bully pulpit” in the land, so the president can help set a party message and amplify it across the country. (This is not President Trump’s strength.)

The president’s party, additionally, can set the floor agenda in the House and at least screen the floor agenda in the Senate, so they can prevent the minority party from drawing attention to its own priorities. Minority parties hoping to ride a “wave” election often respond by “nationalizing” the election with a common campaign platform, so candidates have a shared set of poll-tested policy proposals to talk about.

Reading between the lines, the House Democrats think they are better off with candidates choosing their own policy positions (even if they are inconsistent with each other), setting their own policy priorities, and riding a wave of (anticipated) anti-Trump turnout. “Better off” is compared to an alternative of spelling out which issues the Democrats would priorities and which policies they will propose.

Under the “no campaign agenda” approach, if the Democrats win a majority in the House, they will choose from a wide range of options. For example:

By “localizing” their elections, the House Democratic candidates will choose their own positions on these issues, then the winners will come to DC to sort out their collective positions. This “bottom-up” approach is helpful in that it allows voters and to determine the Democrats’ agenda, but it also means the Democrats will have to invest a lot of effort into reconciling their differences if and when they become the majority party.

The risk of this strategy is that Democratic leaders in the 116th Congress will find it easier to ignore major issues than to reconcile the disagreements within their party caucus. They may, for example, focus the House agenda on investigations and “message bills” that make political points without addressing larger issues.

By avoiding issues where there is disagreement within the caucus, the House Democrats could keep their intra-party fights behind closed doors so the media has no conflicts to report on and the Republicans have no divisions to exploit. This was the House Republicans’ strategy on health care and tax reform from 2010 to 2016, and it helped them win four elections.

The experience of the House Republicans, however, clearly illustrate the costs of ignoring internal divisions by keeping them off the agenda. In the past, periods of divided government have often featured partisan battles over major legislation. In the short term, this looks like “gridlock,” with the two parties unable to compromise.

However, these periods of gridlock can set the stage for speedy action when the next period of unified government arrives. Here are some examples:

This table doubtlessly omits important laws enacted after failed efforts in the previous Congress. But it suffices to make a point: Periods of divided government can be an opportunity to develop initiatives for the next period of unified government. And when an out-party fails to do so (Republicans, 2011-16) the result is that when their chance comes they are wholly unprepared for it, and end up slapping together enormous, complex legislation on the fly.

1. Entrepreneurship: A few legislators developing actual legislative bills (as opposed to sets of talking points) and building a coalition of groups supporting these bills.

2. Educating members: Legislators who do not specialize in a topic will want to know enough about the policy proposal to feel comfortable voting for it, so actually putting a bill on the floor ensures that members and their staff are familiar with their own party’s proposals. And once they vote for it, they are presumably committed to vote for it next time.

3. Negotiations: Bringing a bill to the floor helps a party to identify and resolve disagreements. If a bill is kept off the floor, there may be latent conflicts that the party never identifies, or known conflicts that are never resolved without a deadline. Again, the Republicans’ “replacement” health care bill is a prime example. They never attempted a comprehensive repeal, so they didn’t know where their own fault lines were and they did not have any solutions already worked out.

4. Educating the public: Ultimately, a party that wants to make major policy changes will benefit when the public understands what the laws will do. It is harder to get press coverage or voter enthusiasm for dormant proposals.

Days ago, Minority Leader Nancy Pelosi signaled to House Democrats that they should be prepared for an active legislative agenda in the 116th Congress should they win the majority of House seats.

To do so, they will have to overcome the conditions that made a bottom-up strategy smart in the short run — a diverse set of competitive districts, disagreements over the priorities and ideological direction of the party, and distrust of party leaders. These conditions will follow the newly elected members into the 116th Congress.