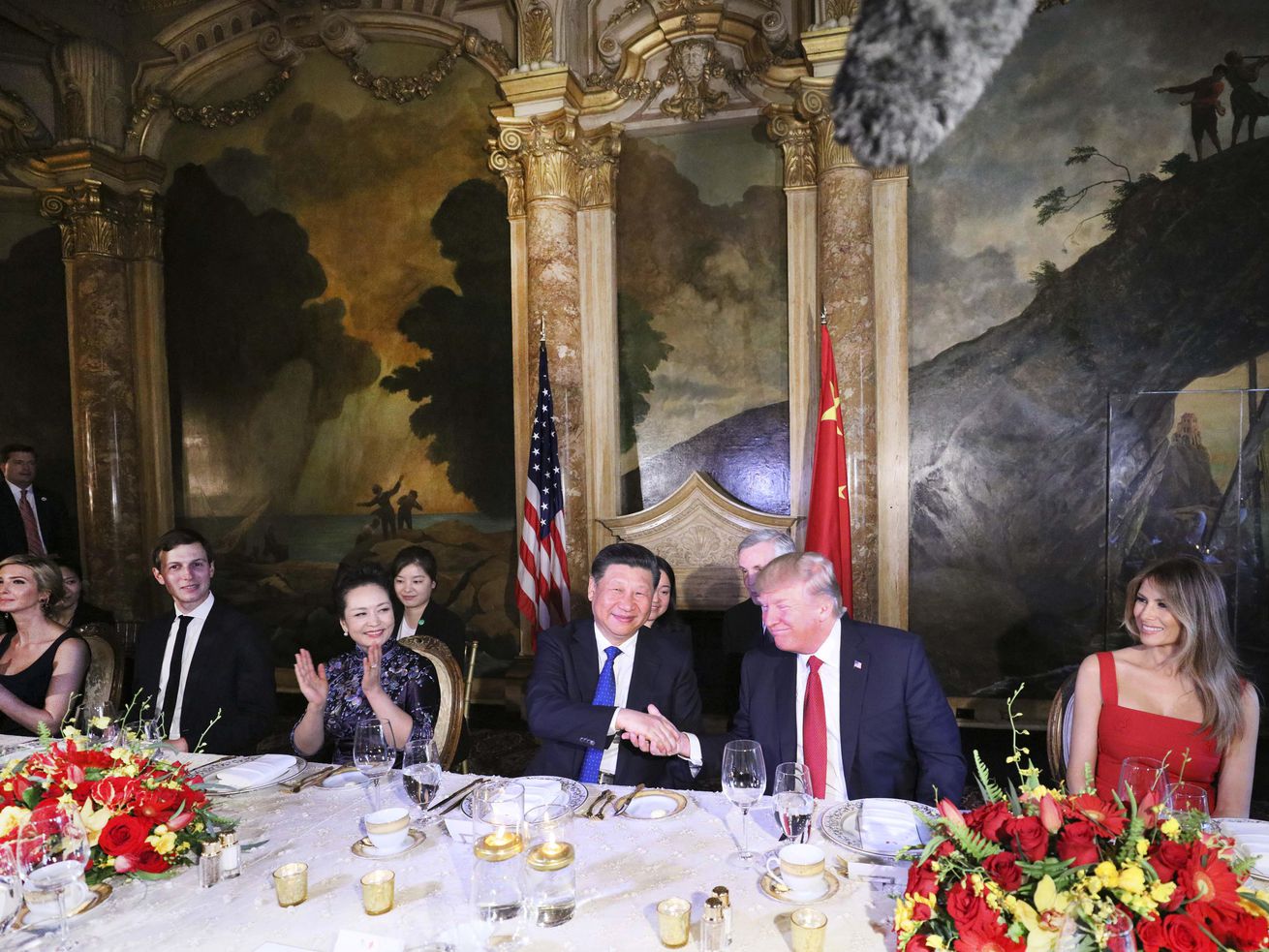 The Trump Organization will probably dodge the probe.

The Trump administration says it will ramp up investigations of hotels trying to hire foreign workers for seasonal jobs. The temporary visa program in question is used throughout the hospitality industry — and by the Trump Organization.

The Department of Labor’s new initiative, announced September 5, is supposed to “safeguard American jobs” from employers who might be trying to hire foreign workers at lower rates rather than hiring American workers. But the department gave few details about why they were targeting the hotel industry, and whether or not they would include Trump properties in their review.

Every year, hotels, theme parks, landscaping companies, and country clubs across the US jockey for several of the 66,000 H-2B visas, a type of temporary work visa, that the federal government makes available for non-agricultural jobs.

These visas are valuable, because they allow employers to bring in foreign workers for up to 10 months to take unfilled jobs during a business’s high season. Mar-a-Lago, the president’s private club in Palm Beach, Florida, and a few Trump golf clubs regularly hire housekeepers, cooks and servers through the H-2B visa program.

However, companies are supposed to try and hire American workers before applying for the visas, and must promise to pay them the area’s average wages. But the Department of Labor’s new initiative suggests that many employers may be avoiding hiring American workers for these jobs so that they can save money by paying foreign workers lower-than-average wages.

“Any employer seeking workers under this program must be ready and willing to hire qualified U.S. applicants first,” Bryan Jarrett, administrator of the agency’s Wage and Hour Division, said in a statement on Wednesday. (As of publication, a spokesperson for the Department of Labor’s Wage and Hour Division had not responded to Vox’s request for more information about the new initiative.)

The crackdown on H-2B users fits with the Trump administration’s overall immigration agenda, and the president’s view that immigrants (both authorized and unauthorized) are taking jobs from American workers. He’s railed about this topic on many occasions, and in April 2017, the president signed an executive order directing the Labor Department and other agencies to come up with ways to protect US workers from fraud and abuse within the immigration system.

But the administration’s focus on this particular temporary visa program and the hotel industry may raise a conflict of interest for the president.

Trump still earns money from the Trump Organization, and several of his golf clubs hire workers on the H-2B visa program. Hiring records seem to show that Trump clubs don’t try too hard to find US workers in the high season, and the company’s recruiters usually say that no Americans even apply for them.

So if the Department of Labor is investigating Trump’s competitors for their use of the temporary visa program, but not the Trump Organization, it could be another example of Trump profiting from the presidency.

The Trump Organization says it can’t find enough US workers

In the past five years, records show that a number of Trump’s golf clubs and resorts on the East Coast have relied heavily on foreign workers to serve patrons during the summer months (in New York) and the winter months (in Florida).

As part of the program, businesses must pay round-trip airfare or bus fare to bring the approved workers from abroad (the vast majority of them come from Mexico). The H-2B database shows requests from Mar-a-Lago dating back to 2013, and this practice has not stopped since Trump became president.

And a Vox analysis of hiring records for seasonal workers at three Trump properties in New York and Florida revealed that only one out of 144 jobs went to a US worker from 2016 to the end of 2017. Foreign guest workers with H-2B visas got the rest.

As recently as July, the Trump Organization asked for permission to hire 78 foreign guest workers to cook, clean, and serve patrons at Mar-a-Lago.

The club submitted two of the requests to the Department of Labor the day after the Fourth of July holiday, according to the agency’s records, and submitted a third request days later. Mar-a-Lago wanted to hire 40 foreign servers for $12.68 an hour, 21 cooks for $13.31 an hour, and 17 housekeepers for $10.68 an hour from October through May 2019 — eight more guest workers than the club requested last year.

According to the club, membership at Mar-a-Lago is growing, placing “far greater demand” on service staff.

“The Club must use temporary workers in order to supplement its permanent workforce during this peak period. However, our past recruitment efforts have not yielded the temporary or permanent U.S. workers necessary to fill these positions,” wrote Janine Gill, director of human resources at Mar-a-Lago, in the application. The document did not describe the club’s effort to hire US workers for the position.

At the end of July, the Department of Labor gave Mar-a-Lago permission to hire all 78 guest workers.

Controversy over the H-2B program

Congress created the H-2 guest-worker program in 1952, and then split it up into two separate programs in 1986: the H-2A visa for temporary farmworkers, and the H-2B visa for low-skilled workers in seasonal industries, like ski resorts and seafood processing.

For years, few employers used the H-2B program, and applications rarely exceeded the 66,000 annual visa limit. But by 2000, businesses had grown more comfortable with the process, and competition for the visas grew more intense.

Most of the workers who come to the United States on these temporary visas have few skills and come from developing countries. In 2014, most H-2B workers came from Mexico, with Jamaica and Guatemala sending many as well. Employers in Texas hired the most people.

To be clear, the process of hiring an H-2B worker isn’t easy. First, an employer has to ask the Department of Labor to calculate the most common wage for that particular job in a particular location. After getting a response a few weeks later, employers have to send a work order to the state’s workforce agency, detailing the position the business is looking to fill, the qualifications required, and the prevailing wage.

The next required step is to advertise the job in a local newspaper and hire all qualified applicants. Once the Department of Labor gives an employer permission to bring in temporary workers, they have to apply for the workers’ H-2B visas through US Citizenship and Immigration Services. Potential workers then have to meet with staff from the US Department of State at the closest American consulate in their home countries. They must also pass a criminal background check.

The process is so cumbersome that many US businesses hire a staffing company to do the work for them. Trump properties usually hire the Petrina Group, an international staffing agency with offices in New York. That continued even after Trump moved into the White House.

It’s also important to note that the H-2B program — like other guest-worker programs — has long drawn the ire of organized labor. But business groups like the US Chamber of Commerce have repeatedly told Congress that there aren’t enough Americans willing to take temporary jobs at amusement parks, ski resorts, and hotels.

Union leaders say that’s just not true — and that companies of trying to save money on labor costs by exploiting cheap foreign workers at the expense of Americans.

Trump has expanded the H-2B visa program, while restricting others

The Trump administration’s first year and a half in office has been defined by efforts to curtail nearly every avenue of immigration into the United States and to restrict visas available for temporary foreign workers. But the H-2B visa program is the one visa program that Trump has expanded.

At the end of May, the Trump administration announced that it would provide an extra 15,000 H-2B visas (beyond the 66,000 annual cap) for businesses that needed to hire foreign workers through the summer. It did the same thing last year.

The US Chamber of Commerce has been lobbying the Trump administration to do so, citing a major shortage of workers in the seafood and landscaping industries. But Trump’s move to expand the program also ensures that there are enough visas for his properties too.

The Department of Labor has approved Mar-a-Lago’s most recent request to hire H-2B workers, which it normally does for most businesses that ask. But the agency won’t necessarily scrutinize applications from all types of businesses under its new fraud initiative. The department says it will specifically investigate the hotel industry’s use of the program, suggesting that hotels are more likely to break the rules.

Because Mar-a-Lago and Trump’s golf clubs are not hotels, the president’s businesses will likely dodge the agency’s probe, though it remains unclear whether the Trump Organization is following Trump’s own “Hire American” policies.

But given the president’s potential conflict of interest, the Trump Organization should get more government scrutiny, not less.