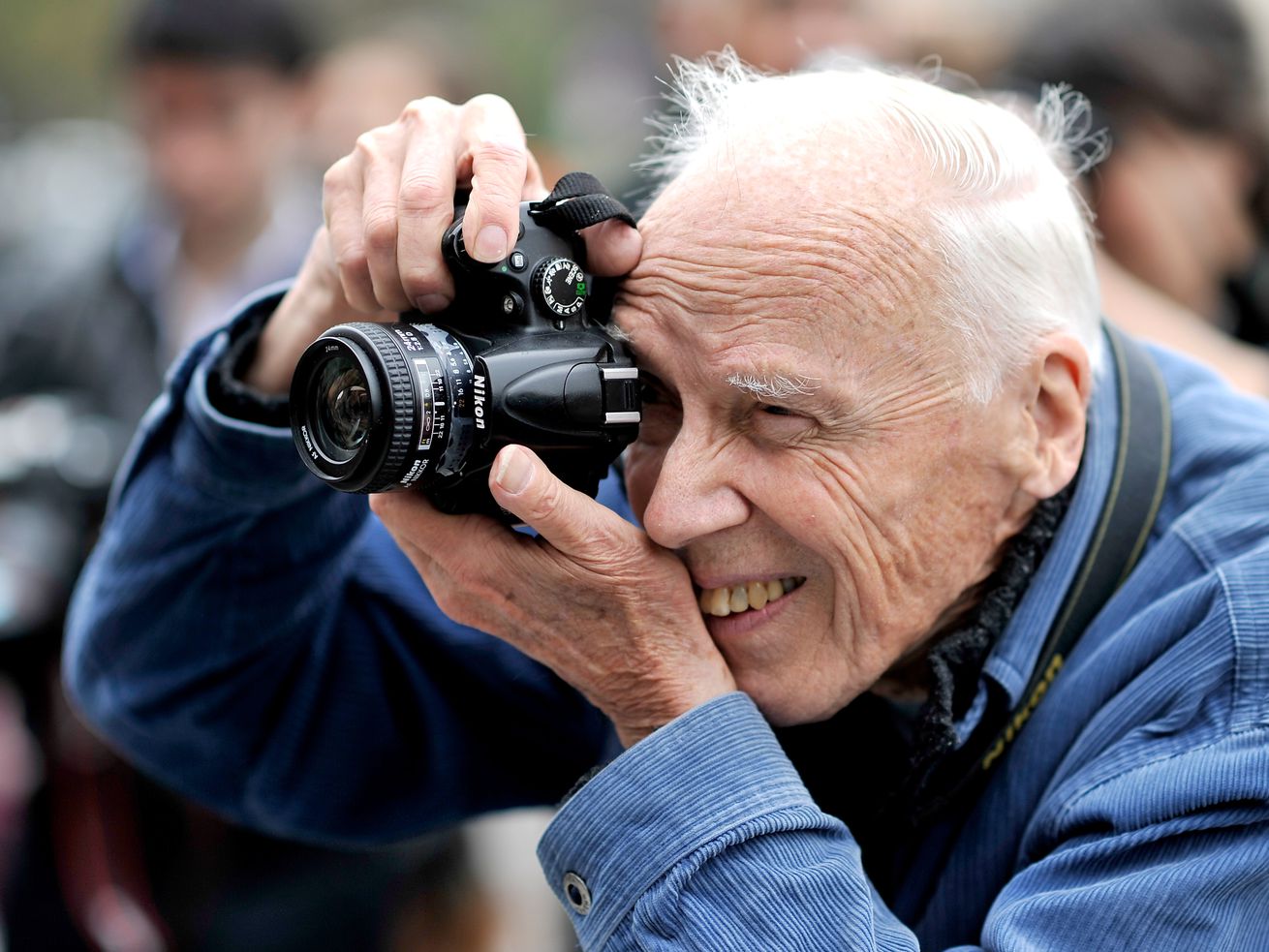 Cunningham devoted much of his posthumously published memoir Fashion Climbing to descriptions of his hats. Here are the 8 best.

When Bill Cunningham died in 2016, he was one of the most beloved figures in fashion. The man was an institution: He was named a “living landmark” by the New York Landmarks Conservancy in 2009. His New York Times street fashion photography series, “On the Street,” was iconic. But his posthumously published memoir, Fashion Climbing, focuses on the part of his career that long preceded the establishment of Bill Cunningham, fashion legend.

Instead, Fashion Climbing devotes most of its attention to his early work as a hat maker. Cunningham broke into fashion as a milliner in the late 1940s, and he worked steadily, creating ever more elaborate and avant-garde hats until the 1960s, when he could see that his preferred artistic medium was on its deathbed. “It was really quite sad, all rather like a divorce,” he writes. “My childhood love affair didn’t die, it just vanished. Women had stopped wearing hats.”

But hats remained Cunningham’s first love, and most of Fashion Climbing is a love letter to them. Cunningham doesn’t build his memoir around people or relationships or places where he lived: He builds it around the hats he made. In some sections, Fashion Climbing is just a piece-by-piece description of his various hat collections — and those sections are the best part of the book.

In part, that’s because the hats are where Cunningham’s heart really is, and he describes them with a tenderness and delight that is infectious. Fans of “On the Street” will recognize the same unbridled glee that later focused his camera when he came across an exciting outfit in the wild and that made his photographs so compelling. And in part, that’s because it’s through his descriptions of his hats that Cunningham is really able to communicate his artistic sensibility.

So out of all of the many, many hats that Bill Cunningham made during his decades-long career and discusses in Fashion Climbing’s 237 pages, here are the eight most elaborate, most outrageous hat descriptions of all, the ones that best capture his exuberant, unapologetically maximalist aesthetic.

Cunningham’s second-ever wholesale sale went to Erlebacher’s, a Washington, DC–based store for women’s high fashion that closed in 1974. “They loved my wild hats,” Cunningham writes, and they had a special fondness for his use of nontraditional materials. Their favorite, he says, was “a rather uninhibited number made of scouring pads from the five-and-dime store and stretched over a helmet of gold lamé, with big black feathers shooting out of it.”

Cunningham spends several pages describing the fabulous outfits he made for his friends to attend costume parties. Not all of the outfits involved hats, but the one that won top prize did: Cunningham dressed himself and a friend as Greta Garbo and Maurice Chevalier, “both wearing skinny black leotards with huge natural straw hats that covered half our bodies. Ellen’s hat was an enormous boater, the brim five feet wide with a crown to match. … I went as a hidden Greta Garbo, under an enormous straw cloche.”

Cunningham’s first newspaper ad featured a particularly finicky hat “in the shape of a cherry pie with a slice out of the back where it fit over the fashionable chignon of the time.” The hat was a hit, and to fulfill demand, Cunningham found himself sitting up late at night with his second milliner, “making cherry pie hats until we wished George Washington had never cut down that damned tree!”

Cunningham doesn’t spare much page time for the hats that consistently made him money because he seems to have found them too dull for words. (Berets come in for an especially vicious dismissal.) But he does take the time to spotlight “a pleated veil hat design” that he says made money for eight years and saved his shop during a rough season after the style was featured in Glamour. “The fabric was twenty-eight-cents-a-yard black nylon net from Macy’s, which we pleated,” Cunningham writes. “It was totally collapsible and opened up to the size of a big-brimmed Asian hat.”

Cunningham was not pleased to find himself remaking the hat season after season — he says he thought doing a repeat was “dishonest” — but he liked the hat enough to describe it as “a real invention.”

Cunningham was able to get wild most consistently with his “amusing” beach hats because they didn’t have to be coordinated with elaborate outfits: They could be an outfit’s centerpiece instead. One of his favorites was a hat that he describes as a “portable beach cabana.” It was “a huge umbrella-size straw brim with long celluloid fringe sewn around the brim edge, hanging to the floor.”

Shockingly, the hat was a commercial success — not so much because people wanted to wear it to the beach, he admits, but because it was great for costume parties. Cunningham himself used it to dress himself and two friends as the three witches from Macbeth, and won $500 for it.

You know those adorable winter hats that are shaped like cats (not the pussy hats people use for protests, the cutesy ones with whiskers)? Yeah, that’s a Cunningham thing. He devoted one winter collection to animal-shaped hats with “darling felt faces pasted on the back,” and his favorite was cat-shaped. It was “a simple little pussy-cat hat in white fur-like material with feathered whiskers and the most seductive blue eyes you’ve ever seen.”

The buyer for Macy’s jeered when Cunningham showed up with his animal collection, but Cunningham got the last laugh: They became a huge hit on the children’s market. “This is why I never trusted the opinions of the so-called pros,” he sniffs.

Cunningham designed this hat for an ad firm that wanted a hat to send to their clients, and it’s another example of what he calls “an uninhibited affair.” It was a beach hat, “a deep cone of straw painted blush pink, with a glamorous face of felt decorating the front that had a real cigarette glued onto the lips, a long crystal drop earring, and a mop of pink feathers for hair, which flipped open and formed a carryall.” The hat, Cunningham concludes, was a great success for both him and the advertising agency.

When Cunningham realized that the era of the hat was over in 1962, he left on a high note. His final collection, he writes, “was space helmets, sleek and naked of trimming, just pure shape, molded like the cones of rockets and racing headgear. This collection was speeding into a new era of fashion.” Hats might have been fading into in the past, but even as they met their end, Cunningham was always thinking about how to bring them into the future.