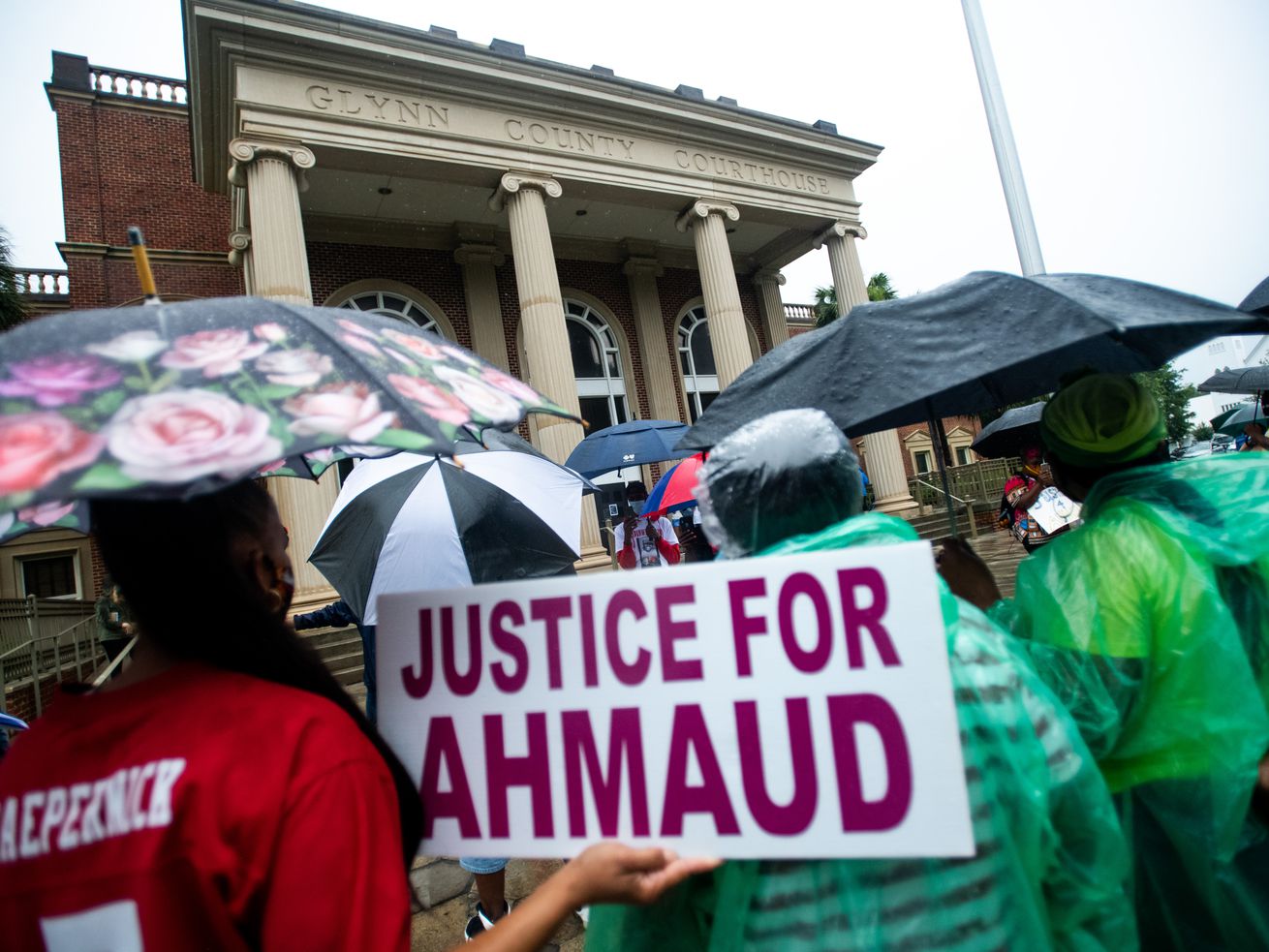 Demonstrators gather at the Glynn County courthouse during a court appearance by Gregory and Travis McMichael, two suspects in the fatal shooting of Ahmaud Arbery, on June 4. | Sean Rayford/Getty Images

Once Georgia’s bill is signed, there will just be three states without hate crime laws on the books in the US.

After two decades of fits and starts of enacting hate crime legislation, Georgia this week passed one such bill, four months to the day after the killing of Ahmaud Arbery.

On Tuesday, the state legislature passed HB 426, which would bring about enhanced criminal penalties for crimes committed based on the race, religion, gender identity, disability, or other identity-related qualities of victims. It revises “the criteria for imposition of punishment for crimes involving bias or prejudice” in Georgia. Republican Gov. Brian Kemp has said he’ll sign the legislation after it goes through legal review. If and when that happens, Georgia will no longer be one of four states without hate crime laws in place. South Carolina, Wyoming, and Arkansas still do not have them.

Georgia has tried to enact hate crime legislation before. According to USA Today, it first passed a hate crime bill in 2000, but eventually the state Supreme Court tossed it out because it was “unconstitutionally vague.” In 2019, HB 426 narrowly passed Georgia’s House but eventually stalled in the Senate.

Arbery’s killing put new urgency behind the bill, which passed with sweeping majorities — 47-6 in the Senate and 127-38 in the House. Arbery, 25, was shot and killed by white men while jogging in a neighborhood near Brunswick, Georgia, in February. In May, video footage of the killing emerged. Vox’s Sean Collins explained what happened:

Arbery was killed on February 23, when Gregory McMichael, 64, a retired district attorney investigator and police detective, and his son Travis McMichael, 34, armed themselves and followed him in a pickup truck after seeing him jog by. They later told police officers they believed Arbery to be a suspect in two burglaries in the Satilla Shores area.

Gregory McMichael claimed to see Arbery “hauling ass” as he jogged by, and he and his son jumped in a truck to pursue him. A neighbor, William “Roddie” Bryan, followed them and filmed them on his phone. The video shows Arbery running toward the McMichaels’ truck and then trying to run around it, a struggle, and then Travis McMichael shooting Arbery.

All three men involved have been indicted on murder charges in relation to Arbery’s death. His killing, along with those of Breonna Taylor in Kentucky and George Floyd in Minnesota, have sparked protests against police violence and systemic racism across the country.

Arbery’s killing has created a “newfound resurgence of interest in making sure Georgia gets this on the books,” Georgia state Rep. Karen Bennett told CBS News of the hate crime legislation.

“It’s time for Georgia to rise up and show that we will not stand for crimes done out of hate,” said Georgia state Sen. Donzella James, also according to CBS News. “Yes, we cannot legislate love, but we can put stronger penalties in place that may deter those who are committing these crimes from doing it.”

Georgia Senate Republicans tried to put wording in the bill that would add police officers and first responders as a protected class, but ultimately, that was scrapped, though protections for law enforcement went into a separate bill that would create a bill of rights for officers being investigated.

According to the Department of Justice, there were 204,000 hate crimes on average annually from 2013 to 2017 in the United States, and the majority were motivated by bias related to race or ethnicity.

In a statement through the NAACP, Wanda Cooper-Jones, Arbery’s mother, said her family “thanks everyone for not letting my son’s death be in vain.”