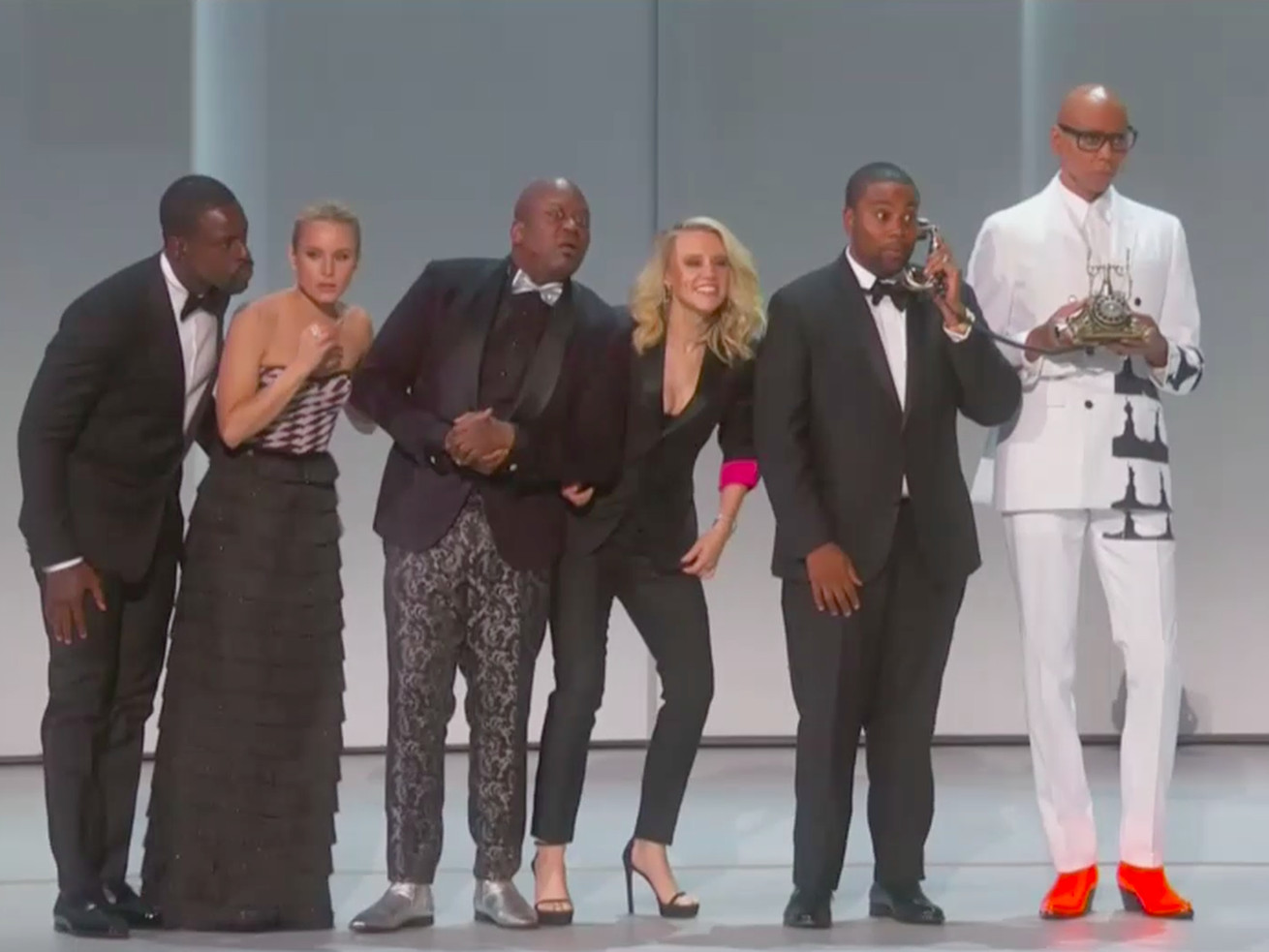 The Emmys kicked off Monday night with a tongue-in-cheek nod to diversity in Hollywood by an ensemble of nominees performing a jaunty musical number. Its title? “We Solved It.” (Spoiler alert: They didn’t solve it.)

“This room is so diverse,” they joked, “from Democrat to liberal Democrat!”

The song also got a (literal) drop-in from Andy Samberg, who pondered, “is there any room in this song for a straight white guy like me?” (There wasn’t.) Appearances from Ricky Martin, RuPaul, and John Legend kept things lively, though the number set a somewhat awkwardly self-effacing tone for the rest of the evening.

Though this year’s Emmy nominees are the most diverse bunch in the history of the awards — as McKinnon and Thompson announced at the start of the number — the point that Hollywood still has a long way to go was clear. Adding to the mixed mood was the fact that as soon as the musical number ended and the “One of Each” dancers had all cleared the stage, the mic was handed over to the evening’s two hosts, Colin Jost and Michael Che, whose humor has come under fire for being regressive in the past.

Still, while the Emmys may not have solved the problem of representation and diversity onscreen, the show addressed the issue in the most Hollywood way possible: with a cheesy song-and-dance routine and a lot of hand-waving.