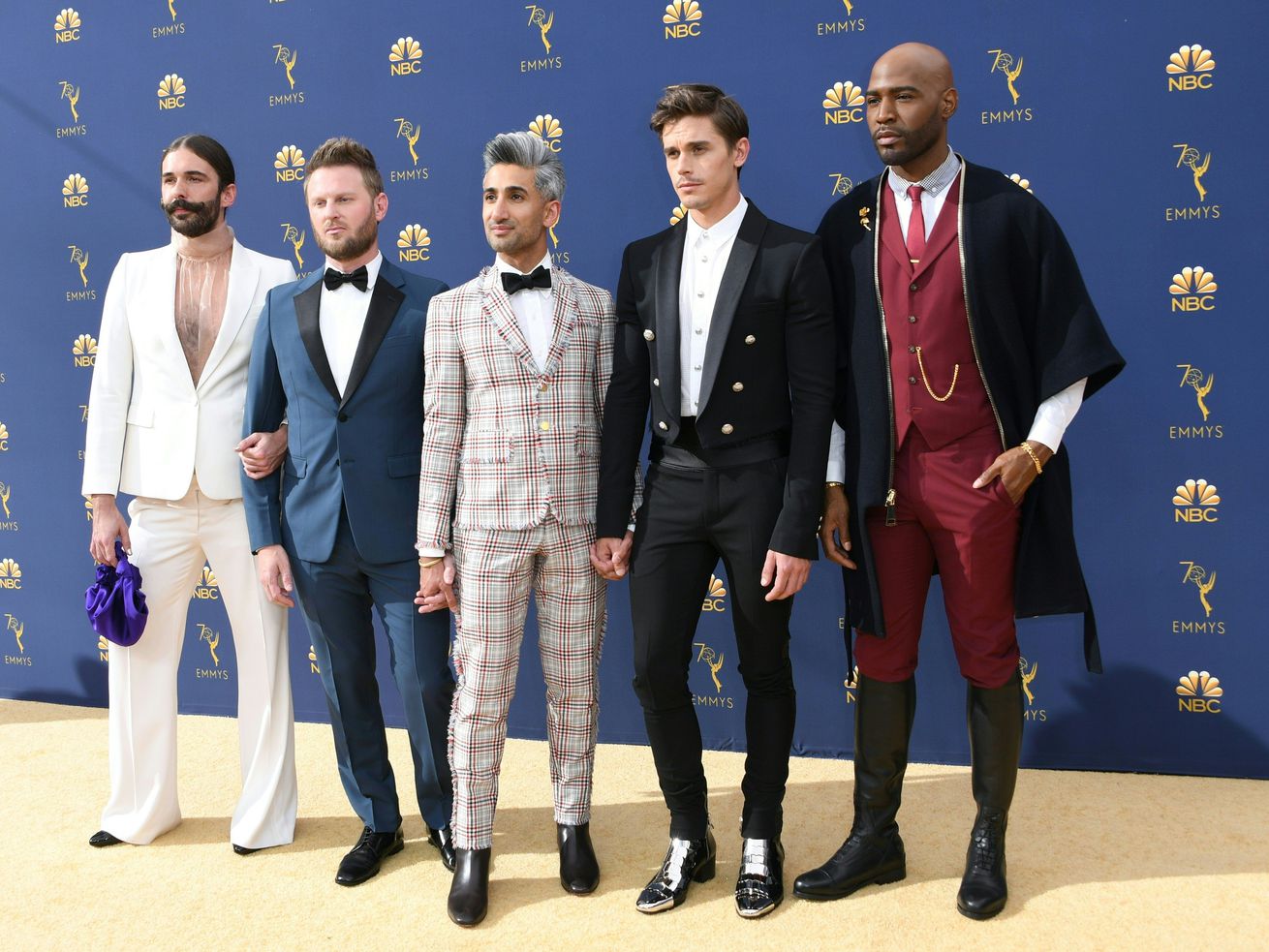 We sat through the red carpet so you didn’t have to.

The Emmys are traditionally a bit of a snoozefest, fashion-wise. Most of TV’s biggest stars tend to want to play it safe on the red carpet, so they generally wear conservative pretty gowns and look pretty in an unremarkable way.

But every year, there are a few brave souls who dare to risk the ire of fashion bloggers across the web and wear something that’s not quite so safe. This is a space to salute those heroes of the red carpet. For the 2018 Emmy Awards, here are the fashion moments worth talking about.

This year, Best Guest Actress in a Comedy Series winner Tiffany Haddish continued her trend of paying homage to her late father’s Eritrean heritage at awards shows. At the Oscars earlier this year, she wore a traditional Eritrean zuria on the red carpet, and her Emmys gown was rendered in the colors of the Eritrean flag. Besides being a fun reference to her heritage, it’s a joyous, playful gown, and she clearly had a ball twirling it across the carpet. (It’s worth noting, though, that the dress’s designer, Prabal Gurung, has been accused of creating a hostile workplace for his female employees.)

Black-ish’s Tracee Ellis Ross is one of the few TV stars consistently willing to go avant-garde on the red carpet, and bless her for it. This one is Valentino couture, and it’s the kind of gown made out of pure shape and color that can be hard to wear lest you find yourself getting worn by it: It’s like it’s turning Ross’s body into a single giant mauve ruffle. But Ross has the kind of unstoppable presence that lets her wear the dress instead of the other way around.

Jones’s iridescent Easter egg of a suit is a perfect balance between festive and sober: That playful, joyous fabric would be on the verge of overly sweet or even twee in a gown, but the dapper cut of the suit is just businesslike enough to make it work for Jones.

Part of what makes the Queer Eye ensemble so fun to watch at awards shows is how on-brand everyone’s outfits are. From right, we have Karamo looking dashing and heroic and take-charge; Antoni doing just enough to avoid being accused of being basic but being so handsome he can carry it off anyway; Tan going fierce as fuck in a statement pattern; Bobby, bless him, being slightly dull in a blue suit, but after all, he probably built an entire house earlier today and didn’t have time to pick up anything too special; and finally, Jonathan, working the hell out of his sheer high-necked peach blouse with his mustache curled to perfection. It is all pitched so exactly in sync with the show that I am reflexively tearing up just looking at it.