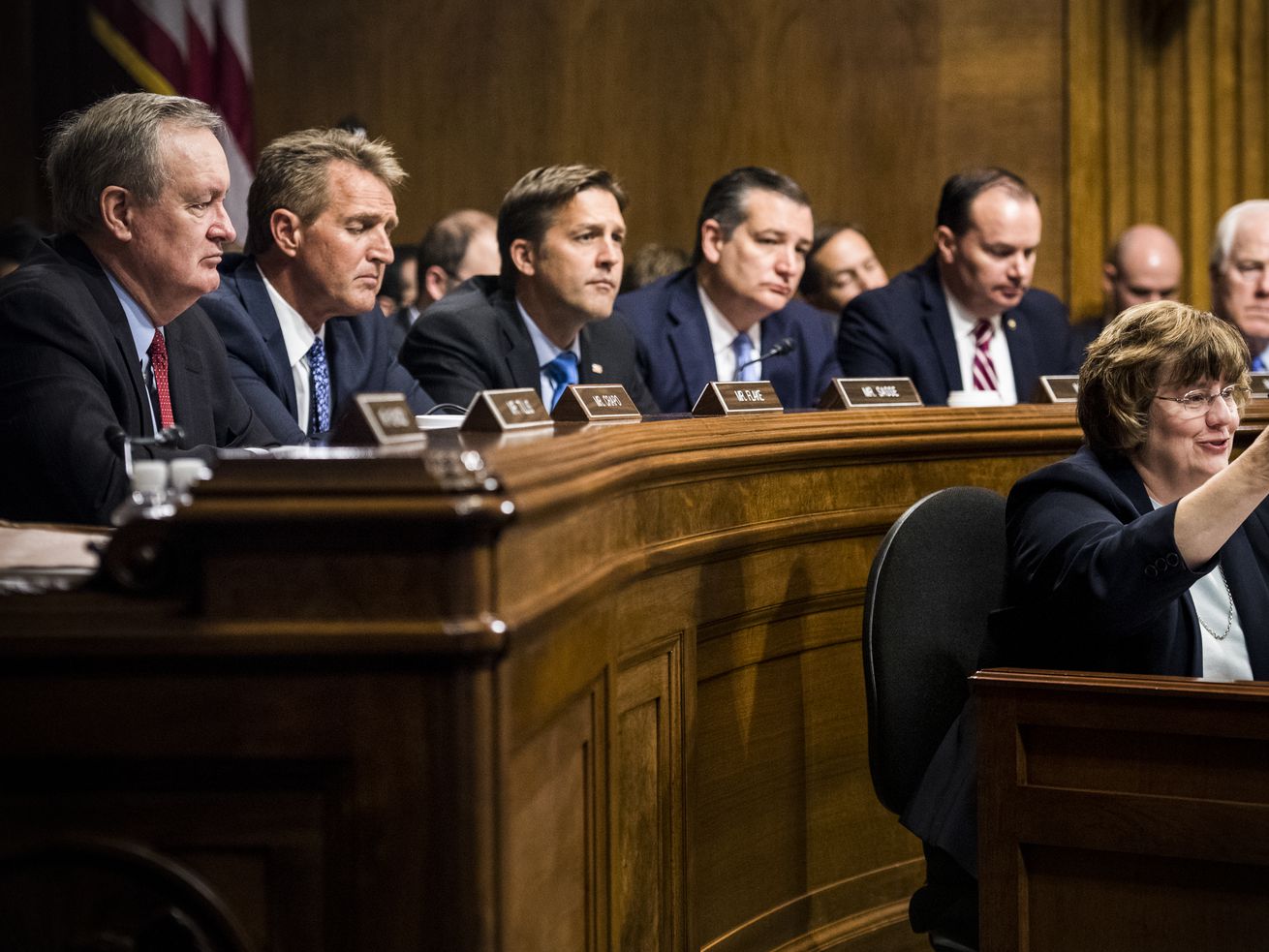 In 1991, Anita Hill testified before an all-male Senate Judiciary Committee. At the time, there were only two women in the US Senate. Now there are 22.

As Christine Blasey Ford, the Palo Alto University professor who alleges that Supreme Court nominee Brett Kavanaugh sexually assaulted her in high school, testifies before the committee, there is a lesson that some things don’t change.

That was clear in a photograph from Associated Press reporter Mary Clare Jalonick on Thursday.

Grassley and Hatch — as well as Democratic Sen. Patrick Leahy (VT) — were on the committee when Hill testified against then-Supreme Court nominee Clarence Thomas in 1991. The four women on the committee, all Democrats, are ranking member Sen. Dianne Feinstein (CA) and Sens. Amy Klobuchar (MN), Mazie Hirono (HI), and Kamala Harris (CA).

Republicans know the optics. This week, a congressional reporter asked Senate Majority Leader Mitch McConnell about the fact that everyone on the Republican side of the committee is male.

“I don’t think because you happen to be a male, you’re disqualified from listening to the evidence and making a decision based on the evidence,” McConnell said. “As I said earlier, and I think you already know, we have hired a female assistant to go on staff and ask these questions in a respectful and professional way.”

The “assistant” Republicans have hired is Arizona prosecutor Rachel Mitchell, who has experience prosecuting sex crimes. Her questioning has so far looked like something between a detailed intake interview for a victim and a cross-examination, with Mitchell reviewing Ford’s testimony and past statements about the event. Democratic senators on the committee are doing their own questioning.

Grassley, the committee chair, has already scheduled for the committee to vote on Kavanaugh early Friday morning, a vote that will serve as a recommendation to the full Senate body, giving lawmakers less than 24 hours to decide whether Ford is credible.

But it’s no secret that many Republican senators’ votes are already locked down in favor of Kavanaugh. Forty-five have already said they’ll vote for him; just six said they’d wait to hear from Ford to decide. For two weeks, since Ford went public with her allegations against Kavanaugh, Republicans have called the accusations a Democratic “smear campaign.”

From the beginning, Republican leaders were adamant that Ford’s testimony would be put up against only one other voice: Kavanaugh’s. And on the bench to judge whether Ford is telling the truth is a row of men.