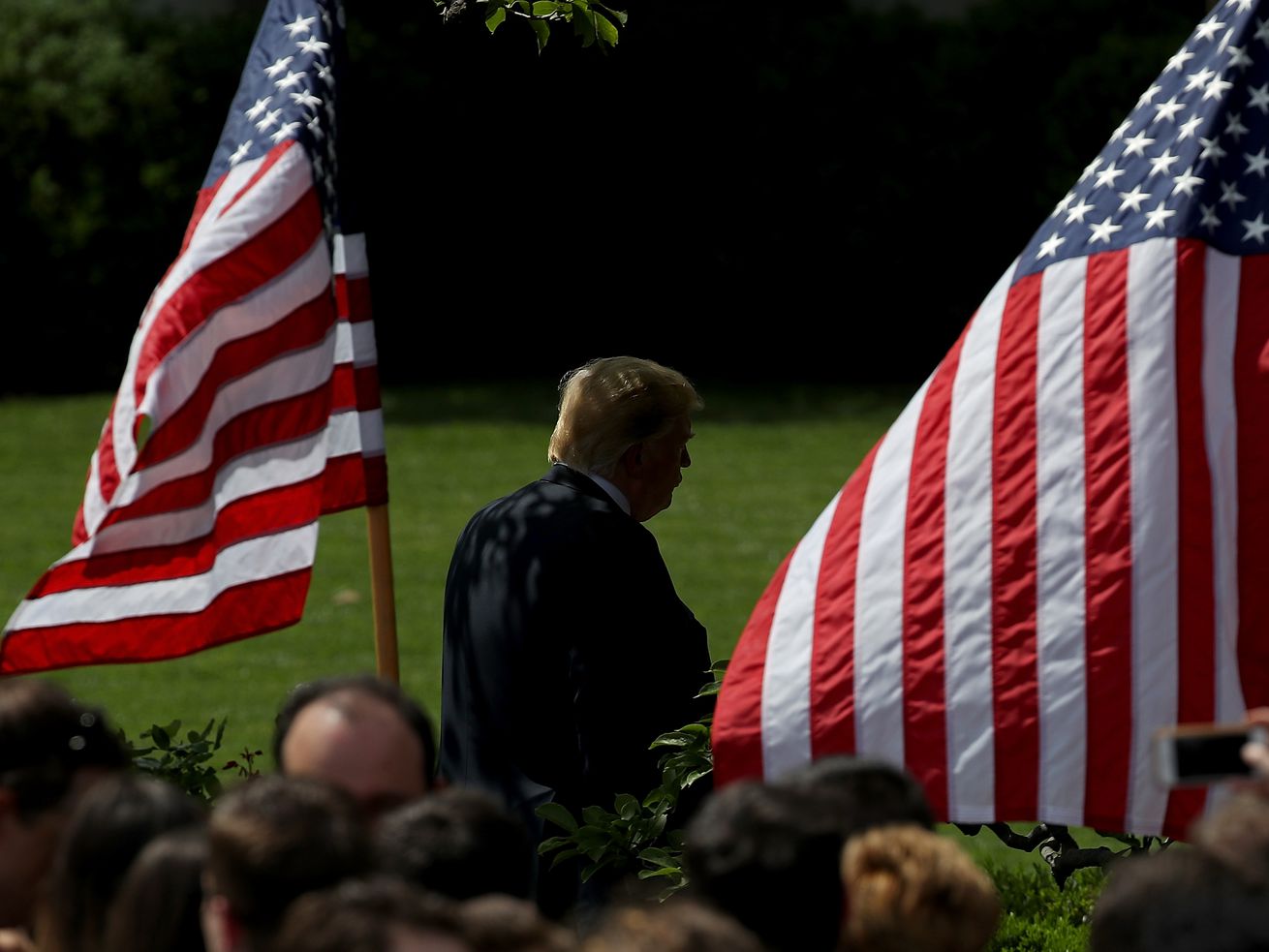 From Stringer Bell to the Easter Bunny, pop culture icons working to undermine their regimes are out in full force.

The New York Times broke the internet Wednesday — and either destroyed or saved democracy in the process, depending on whom you ask — by publishing an extraordinary anonymous op-ed attributed to a “senior official in the Trump administration.”

Headlined “I Am Part of the Resistance Inside the Trump Administration,” and declaring, “The root of the problem is the president’s amorality,” the op-ed attempted to assure the American public that several high-ranking officials are carefully trying to rein in the worst excesses of President Donald Trump and his chaotic administration.

Dripping with mystery, salivating details, drama, and intrigue, the op-ed was primed to become the stuff of instant legend, and it immediately created a firestorm of controversy and speculation. It had everything: references to Cabinet officials debating whether to deploy the 25th Amendment to declare Trump unfit for the presidency, the promise that a group of people within the administration are actively “thwarting Mr. Trump’s more misguided impulses until he is out of office,” and the instantly immortal phrase “Americans should know that there are adults in the room.”

Public reaction to the op-ed was all over the map. First, there came the praise and the scorn, the controversy, the conspiracy, the critics, and the endless guessing as to who the author could be.

Then came the memes.

Naturally, many of them concerned the identity of who wrote the op-ed:

YOU LITTLE FINK. I KNOW IT WAS YOU. #NYTimesOpEd pic.twitter.com/8Z1x3g25Au

But while many of the memes focused on guesswork, even more of them focused on calling out what lots of people saw as the deep hypocrisy and cowardice on the part of the writer.

Rather than uniting and reassuring the country, as the writer seemed to want to do, the op-ed brought people together over their contempt for the writer’s lack of a spine. Trump supporters resented the writer for anonymously undermining the lawfully elected president, while many on the left argued that the writer was enabling a destructive brand of politics instead of taking a more effective stand by resigning.

I can’t wait to read the eventual book, I Too Was Secretly Dismayed the Whole Time, Also: A Memoir of Service

Op-Ed: I Am Part of the Resistance Inside the Trump Administration But Am Not Actually Trying to Stop Him Because I Also Want to Kill the Poor

The odd doublespeak inspired parodies from Slate and McSweeney’s, and a litany of memes drawn from pop culture:

remember when the ny times had standards pic.twitter.com/gkOhI23ogm

I Am Part of the Resistance Inside this Jamba Juice

when this guy wrote a letter to the times torching his own company, he put his name on it pic.twitter.com/BOB0A3zGpY

Meanwhile, as rampant speculation over who could have written the op-ed continued to fly, many people, including Panoply’s Dan Bloom, homed in on a single, not particularly common word in the op-ed that they perceived as a clue to the author’s identity: “lodestar.”

Many people took the op-ed’s use of the word as evidence that the author was none other than Vice President Mike Pence.

Ass a result, “lodestar” quickly became a trending term, dragging new memes into the mix along with it:

POTUS to VP: “I know it was you, #Lodestar. You broke my heart.” pic.twitter.com/nx9FnWvY4Z

Opinion | I Am Part of the Resistance Inside the Heathers

The Times is taking the rare step of publishing an anonymous Op-Ed essay. We have done so at the request of the author, a senior member of the Heathers whose identity is known to us and who is not named Heather #lodestar pic.twitter.com/kIbyVFCZ33

Finally, there was the reaction to Trump’s abrupt early evening tweet, which asked, “TREASON?” and instantly drew reactions based on the context that it was referring to the op-ed. The idea that the op-ed might be treasonous is, as Vox’s Dylan Matthews explains, nonsensical. But the jokes around it were lit.

Was this supposed to be a DM? https://t.co/njoKcLi7MH

No, just the check please. https://t.co/Px4f3yrvwe

The real treason was the friends we made along the way. https://t.co/nSJGuK9H0V

As the country reeled from yet another chaotic political week, including the release of yet another tell-all book detailing the turbulence inside the Trump White House, the memes may have momentarily alleviated the sense of shock many people clearly felt in response to the entire episode.

But the best of them, perhaps, also reminded us what’s most important:

This is just to say

I have eaten
the plums
that were in
the icebox