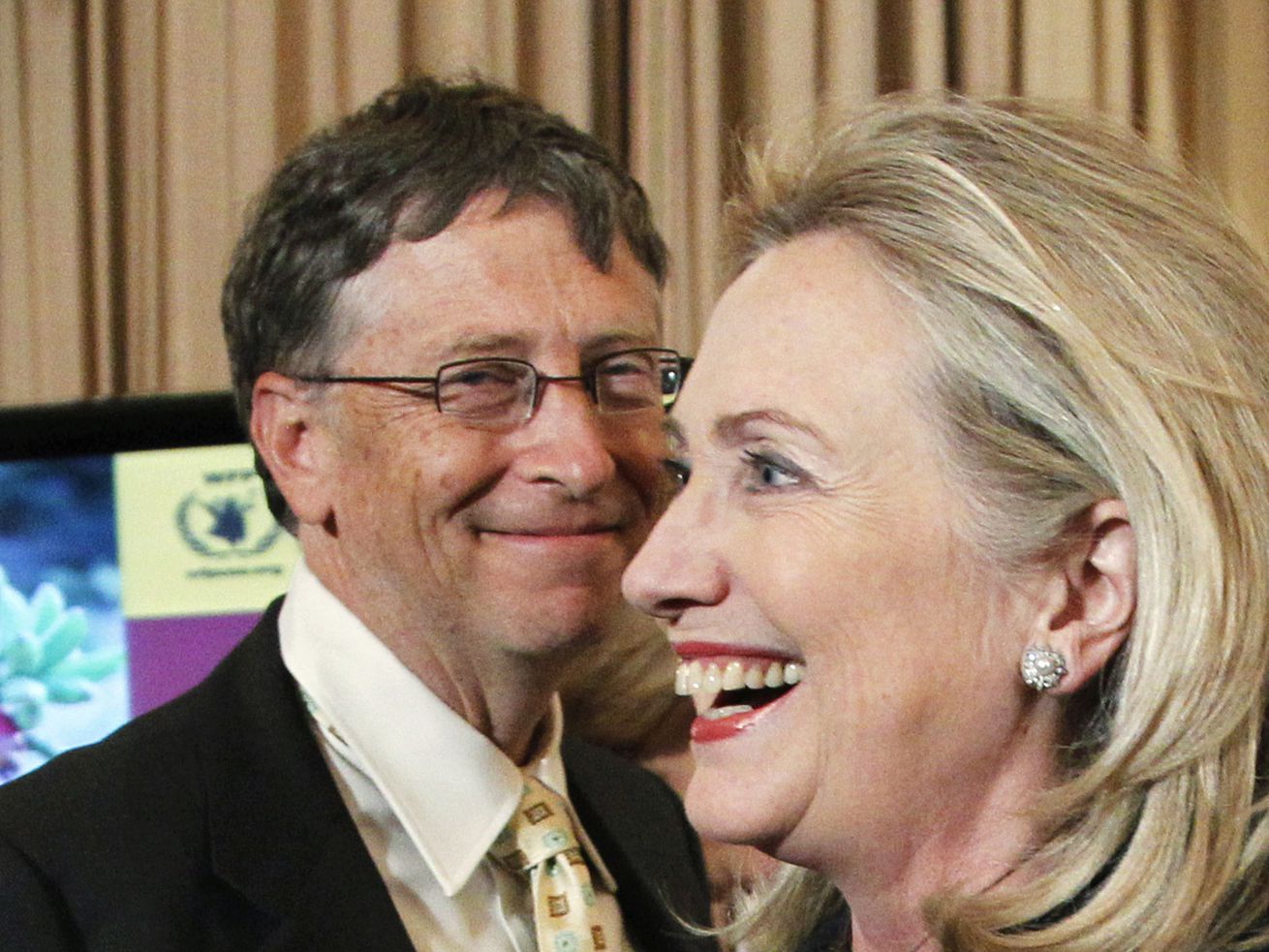 A new initiative funded by the Bill & Melinda Gates Foundation, among others, is lobbying for better pandemic response efforts in the future. | Manuel Balce Ceneta/AP

This push is one of the few coronavirus initiatives focused on political advocacy.

Hillary Clinton wore a black breathing mask imprinted with the word “VOTE” in Twitter and Instagram posts this weekend, posing in what appeared as a homespun effort to pitch “the must-have accessory for spring.” The posts bear an unassuming hashtag: #MaskingForAFriend.

But behind this hashtag and those fun posts — as well as similar ones by celebrities like Arnold Schwarzenegger — are a group of tech billionaires trying to answer a weighty, almost existential question: How can we make sure a devastating pandemic never happens again?

That’s one of the main focuses for a group formed by major tech philanthropists including Bill Gates and Eric Schmidt, who are behind a new push to cajole overseas governments to more fully fund international institutions like the World Health Organization (WHO). The group, called the Pandemic Action Network, is behind the #MaskingForAFriend campaign that seeks to change personal behavior. But its more important ambition is to change government behavior.

This initiative is one of the more forward-looking attempts from philanthropy to shape what the world looks like after the crisis, and one of the few focused on political advocacy.

The push is small for now, with just $1.5 million in initial cash from Schmidt Futures, the Bill & Melinda Gates Foundation, and other backers. But the Pandemic Action Network aims to lead a pressure campaign that shapes the policy debate, a debate that will be at the fore of the next wave of pandemic response efforts.

No makeup? No pantsuit? No problem. ⁣ ⁣ I’ve got the must-have accessory for spring.⁣ ⁣ I’m wearing a mask (and voting!) for my country, my community, and my grandchildren. #MaskingForAFriend

Gabrielle Fitzgerald, who led program advocacy at the Gates Foundation for a decade and then a $100 million push by billionaire Paul Allen to combat Ebola, can recall many times when international institutions issued reports sounding the alarm — then languished with inadequate follow-up — or made bold promises that they wouldn’t meet. For instance, after the Ebola crisis, the WHO in 2015 set out to raise a $100 million contingency fund for emergency response but has only raised about $46 million to date.

Filling that funding gap is one of the things that Fitzgerald, now the Pandemic Action Network’s co-founder, would have pushed for.

Other causes that Fitzgerald’s new group might take up include pressuring foreign governments to fund the Gates-founded Coalition for Epidemic Preparedness Innovations, which develops vaccines, along with possible companion efforts in the future that seek to develop therapeutics. They may also look domestically, advocating, for instance, for more US resources in America’s Strategic National Stockpile.

“There’s a lot of talk of ‘this can’t happen again.’ But right now, all of the focus is on the response,” Fitzgerald said. “At some point very soon, we need to start looking ahead beyond the immediate crisis and start thinking about what mechanisms need to be put in place to make sure it doesn’t happen.”

Despite the death toll posed by a global pandemic, the wealthy have largely under-funded work meant to gird the world for a deadly outbreak. This research area, sometimes called “biosecurity,” has been a priority for just a few major philanthropies, like Gates and the Open Philanthropy Project, funded by Facebook co-founder Dustin Moskovitz. Moskovitz has said he is thinking about the world after the coronavirus, too, and that he worries an “engineered pandemic” in the future could be even worse than the coronavirus.

“We don’t think it’s too early to start thinking about how to prevent something like this — or worse — from happening again,” Moskovitz tweeted last week. “Reducing the likelihood of such an outcome is one of the most critical projects philanthropy and government can undertake, which is why even today, in the midst of COVID-19, our biosecurity program has a lot of its energy focused on looking ahead.”

The hope and expectation is that more donors will join Moskovitz in spending big on pandemic preparedness work once we’re through this. But that’s not the only uphill battle for the Pandemic Action Network. It doesn’t only need philanthropists to prioritize pandemics, but also to prioritize advocacy efforts, which some philanthropists remain uncomfortable with. Some don’t see the upside in getting too political. Others worry it could endanger their tax-exempt status if it is seen as formal lobbying.

And so a bunch of rich people funding their own pandemic preparedness programs out of their own pocket? That’s not the world Fitzgerald is pushing for.

“If you want large-scale, system-wide policy change that’s going to be able to affect more than what you can afford to fund yourself, advocacy is a really good investment,” she said. “This is definitely an example of something that no one funder can do alone, even the biggest governments.”