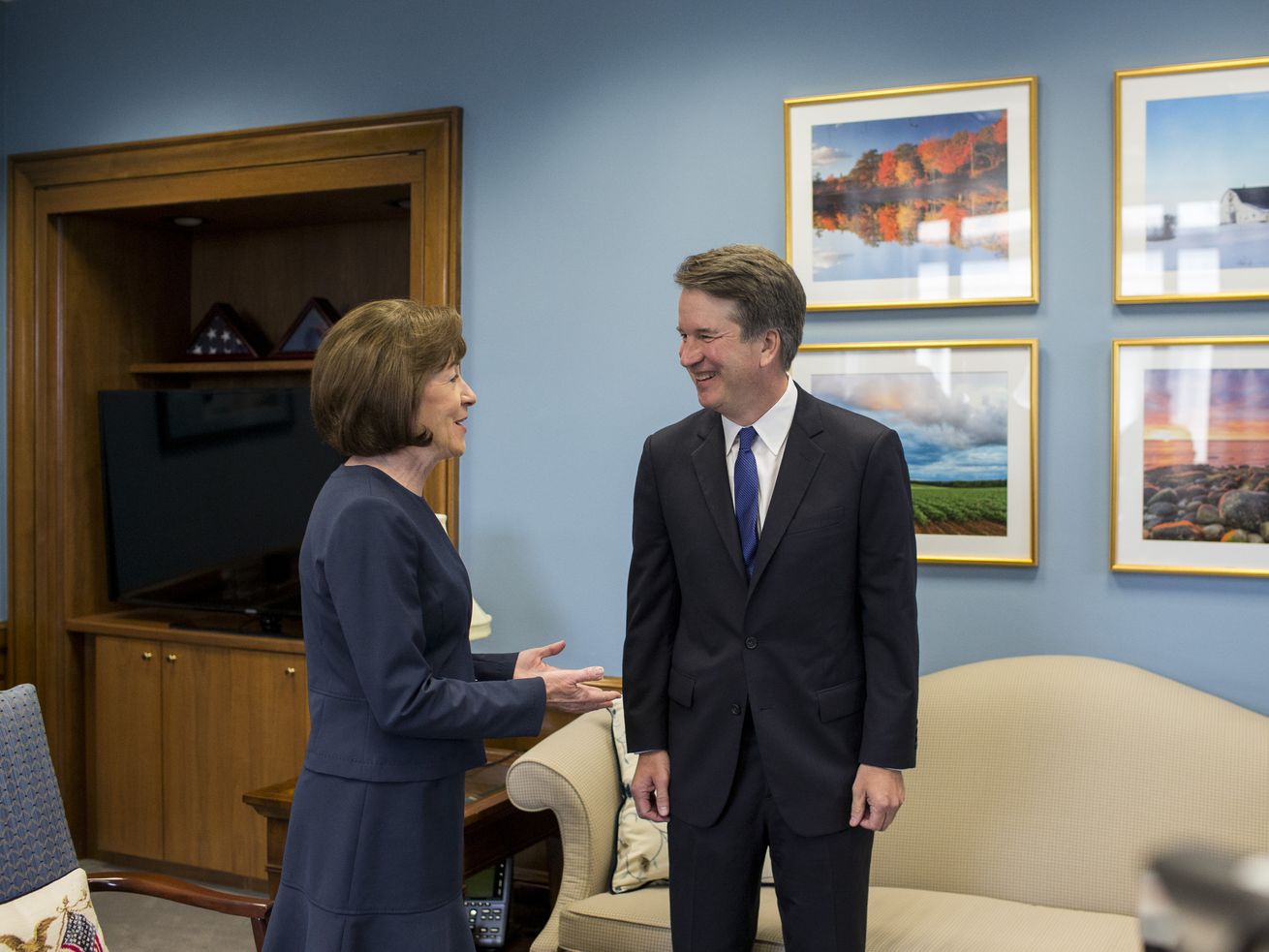 Collins just called on Kavanaugh and Ford to testify in front of the Senate Judiciary Committee.

A key Republican senator whose vote could derail Judge Brett Kavanaugh’s nomination to the Supreme Court has called on Kavanaugh and the woman accusing him of sexual assault, Palo Alto University Professor Christine Blasey Ford, to testify before the Senate Judiciary Committee.

Sen. Susan Collins (R-ME), tweeted on Monday afternoon that Kavanaugh and Ford should both testify under oath about Ford’s recent allegations that Kavanaugh sexually assaulted her when the two were in high school in Maryland. Ford went public with her story in the Washington Post over the weekend. Kavanaugh has denied the allegations.

Now many Senate Democrats and a handful of Republicans, including Collins, want to hear more from Ford. Ford’s lawyer has said she is willing to testify.

Professor Ford and Judge Kavanaugh should both testify under oath before the Judiciary Committee.

Collins herself is not on the Senate Judiciary Committee (in fact, no Republican women serve on the committee), but she’s a key swing vote in the larger Senate vote for Kavanaugh’s confirmation.

Because Collins and Sen. Lisa Murkowski (R-AK) are both pro-choice Republican women who voted against the GOP effort to kill the Affordable Care Act last year, there’s been speculation that the two are the most likely to defect and vote against Kavanaugh. On the other hand, both Collins and Murkowski voted for Trump’s first Supreme Court nominee Justice Neil Gorsuch, and, before Ford went public with her allegations in a Washington Post interview this weekend, neither had suggested they might vote against Kavanaugh.

So far, as Vox’s Tara Golshan and Li Zhou wrote, the Judiciary Committee vote on Kavanaugh is still scheduled to go ahead on Thursday as planned.

Collins joins a handful of Republicans who have said Ford and Kavanaugh should appear before the committee to testify before the Thursday vote. Sen. Jeff Flake (R-AZ), a member of the Judiciary Committee, has said the vote should only happen if the Senate has heard from Ford. Sen. Lindsey Graham (R-SC) has said he is open to hearing from Ford but hasn’t indicated whether he thinks the committee vote should hinge on Ford’s testimony.

It’s too early to tell whether Collins’s call for Ford and Kavanaugh to testify will be heeded by Senate Republicans on the Judiciary Committee, but her tweet is a sign that one of the Senate’s most closely watched votes is taking the allegations seriously.