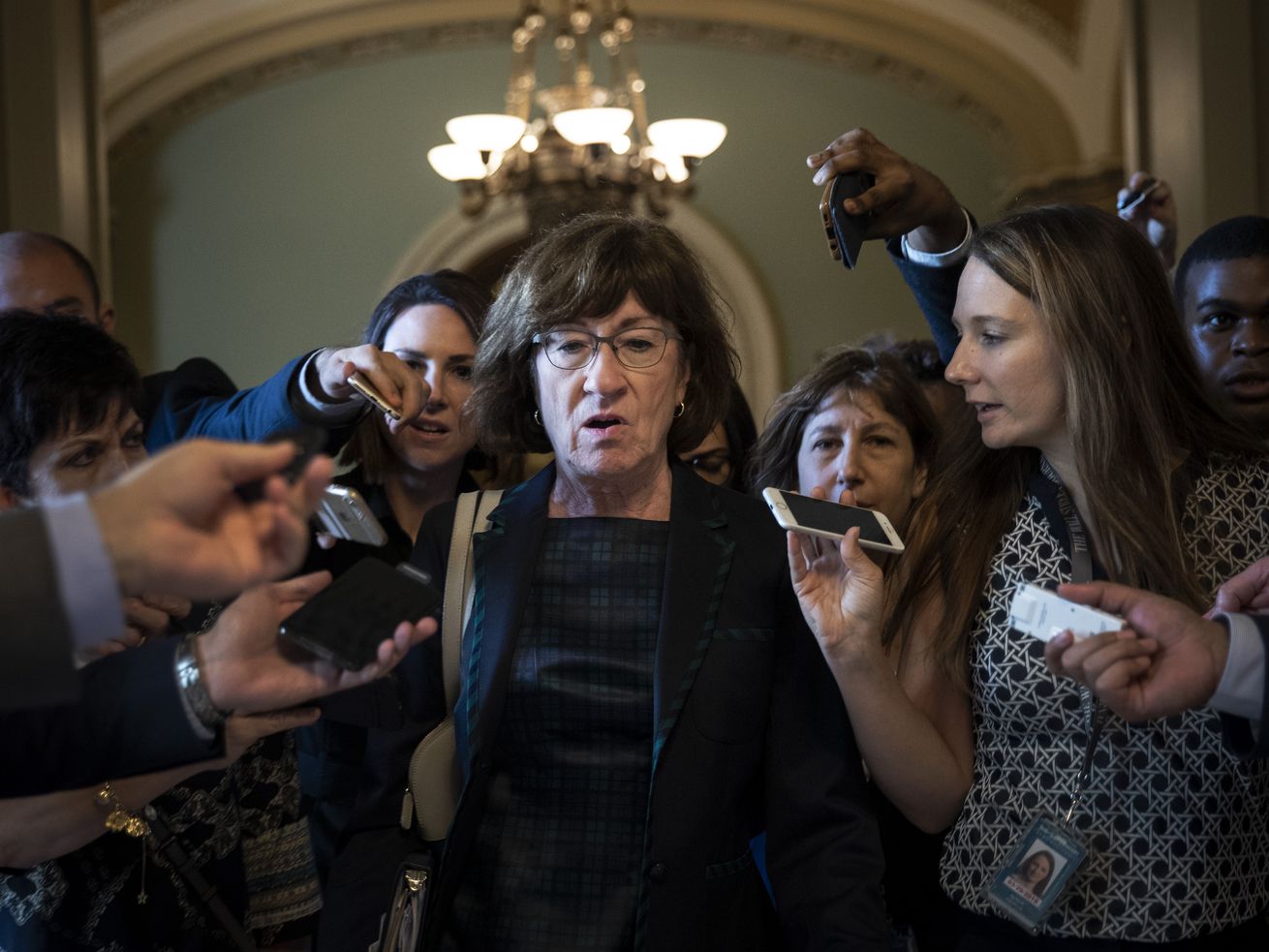 Sen. Susan Collins (R-ME) — one of a handful of Republicans perceived as key swing votes for Brett Kavanaugh’s Supreme Court nomination — has expressed concern about a third accuser who’s brought sexual misconduct allegations against him, according to a report from CNN.

Given Republicans’ razor-thin majority in the Senate, observers are closely watching Collins and two other moderate Republicans who could be the make-or-break votes for Kavanaugh’s confirmation, if a vote takes place in the coming week.

Collins appeared especially affected by the allegations detailed by Swetnick, who has signed a sworn affidavit accusing Kavanaugh of targeting women with alcohol and drugs so they would be susceptible to “gang rape” during house parties in the early 1980s, sources told CNN.

The senator seemed moved by Swetnick’s willingness to make these allegations under penalty of perjury, and sources said that she called for the subpoena of Kavanaugh’s classmate Mark Judge.

Judge is implicated in the sexual assault allegations levied by both Swetnick and Ford, which Kavanaugh has denied. Judge has also denied these allegations.

Swetnick, in her affidavit, says she was a victim of one of the “train” rapes that took place at a party where Kavanaugh and Judge were present. (She does not directly accuse them of participating.)

Lawmakers at a meeting of Republican leaders sought to convince Collins that the Judiciary Committee was conducting a comprehensive review of all the allegations that have emerged against Kavanaugh — even though the panel has resisted calling Judge in to testify.

Collins had printed out Swetkin’s affidavit and brought it with her to the meeting, the sources told CNN. Her demeanor appeared to mark a major shift from earlier this week: As recently as Tuesday, Collins seemed to have warmed to the nominee and said she was confident that Kavanaugh wouldn’t overturn Roe v. Wade.

The recent allegations may have shifted her perception.