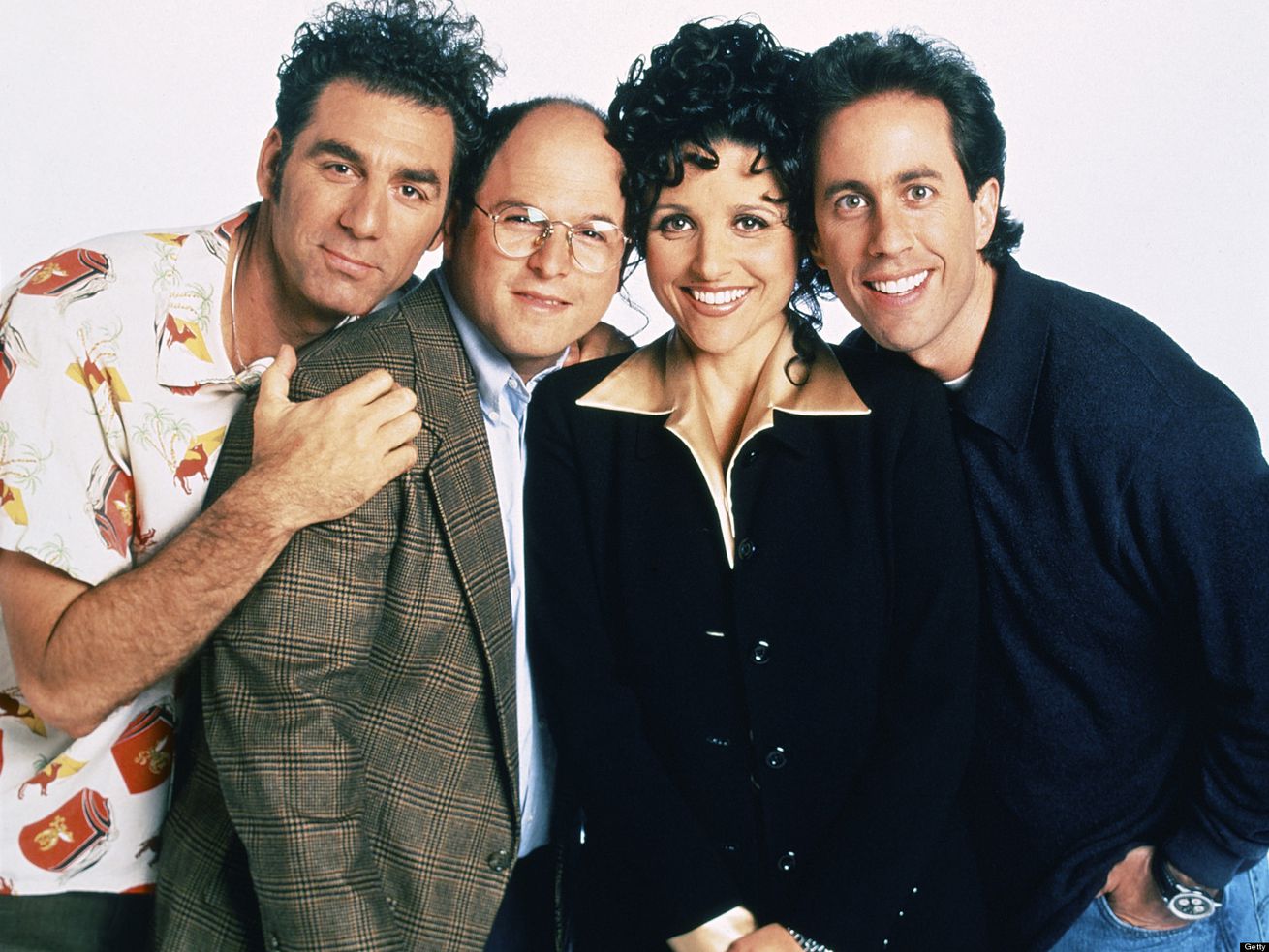 After the “show about nothing,” TV sitcoms would never be the same.

Seinfeld, one of the most successful TV shows ever made, turns 30 on July 5, 2019. Its pilot, “The Seinfeld Chronicles,” aired that evening in 1989, but the show wouldn’t return for nearly a full year — its second episode didn’t air until May of 1990.

Despite that inauspicious debut, the series is self-evidently one of the most influential television programs ever made; when it debuted in 1989 it entered a sitcom landscape that was still shaking off the last cobwebs of the 1970s sitcom revolution, and it suggested, boldly, that sitcoms didn’t need to be about important issues or even use traditional storytelling methods to be great. Instead, they could just focus on the minutiae of life, the little bits and pieces of larger things that add up to form our points of view. It was a show that reveled in detritus.

Easy to miss in all that, however, are the ways that Seinfeld influenced TV via its underpinnings. Jerry Seinfeld’s observational humor affected many other shows of the era, as well as many that premiered long after the series had ended. The “single people living in the big city” premise became the centerpiece of seemingly every other sitcom. But Seinfeld was so huge that it influenced television in many smaller ways, too. Here are five of them.

It’s not terribly exciting to think about television in terms of its story structure — the combination of plot developments, scenes, and raw dramatic beats that make up any given episode of TV — but Seinfeld’s impact on television comedy is actually most pronounced in this arena. The famous “show about nothing” pitch obscured just how much structural work was going on beneath the show’s hood. Prior to Seinfeld, most sitcoms broke down into an A-story and a B-story, and the surrounding material could take the form of a so-called “runner,” a joke that continued throughout the episode and told a very loose story but didn’t do much more than that.

This approach has become incredibly common since Seinfeld left the air. In particular, it’s useful to look at Arrested Development, one of the show’s most obvious heirs and one where individual episodes could contain up to nine stories (one for each regular character) that collided by episode’s end. Not every show uses the Seinfeld structure (and some, like Everybody Loves Raymond, have used structures that were deliberately as little like Seinfeld as possible), but the series gave other shows the option of pursuing far more than the typical two stories per episode.

2) It made us want to watch self-involved jerks

Matt Zoller Seitz made this point ably over at Vulture in 2014: while much of the credit for the age of antiheroes often gets placed at the feet of The Sopranos, Seinfeld was just as much of an influence. Writes Seitz:

Seinfeld’s impact resonated beyond comedy. Its serene belief that characters did not have to be likable as long as they were interesting foreshadowed a change in TV drama that wouldn’t settle until the late ’90s, when HBO turned a show about violent gangsters into an award-winning hit. We tend to forget that the first coldly expedient hero to anchor an influential, long-running series named after him wasn’t Tony Soprano. It was Jerry Seinfeld.

Yet look beyond just Jerry, and you see that Seinfeld is full of the sorts of self-involved jerks who went on to drive many of the best TV shows of the years that followed. Seinfeld is perhaps the earliest series to essentially dare the audience to identify with its characters by seeing their own worst traits reflected in them. It believed it could do this simply by crafting characters who were as interesting and funny as possible. It was mostly right.

George, for example, is perhaps the show’s most compelling, most loathsome figure. We empathize with George because we recognize in his character all of the times we’ve been unable to escape our own limitations and weaknesses. But look at him from another perspective, and he’s a ’90s riff on what we might now call “nice guy syndrome.” And the show endlessly mocks him for it!

George essentially believes he deserves to have sex with a beautiful woman because he’s a white guy living in modern America, and when he doesn’t succeed (and he almost never succeeds, which is what keeps him from feeling too creepy or insufferable), he grows ever more petulant. He doesn’t particularly want to strive to succeed. He just wants life handed to him on a silver platter. That was the kind of character TV hadn’t really seen before Seinfeld hit the air, but it’s also the kind of character who’s everywhere now, and often on shows that don’t realize Seinfeld worked because the joke was much more often on George (or Jerry or Kramer or Elaine) than it was on anybody else.

Funny women in control of their own destinies existed on television before Elaine, but Elaine was the first one who was simply allowed to unapologetically be whatever she wanted to be.

Even a short year before Seinfeld debuted, a show like Murphy Brown had to essentially center everything on the fact that its protagonist was a single woman making her way through her life and work. Also worth considering is the Jamie Lee Curtis and Richard Lewis vehicle Anything But Love, which debuted a few months before Seinfeld and had much in common with it (including a large number of scenes set in diners during which Curtis and Lewis discussed the oddities of modern life), but constantly felt the need to make Curtis’s arc largely about her romantic prospects or lack thereof.

Elaine was different. Many of her stories were about her love life, but she also had weird jobs and got just as involved in the shenanigans of a given episode as any of the male characters. Thanks to the work of Julia Louis-Dreyfus, one of the great comedic actresses of American television, Elaine could be both deeply weird and deeply feminine. TV hadn’t known a character like her before, and she paved the way for everyone from Leslie Knope to Hannah Horvath.

Little of this is Seinfeld’s fault; television’s whiteness has far more to do with the Clinton-era repeal of the Financial Interest and Syndication Rules (a subject for another time). But it’s worth pointing out that the centerpiece of NBC’s very diverse 1980s Thursday sitcom lineup was The Cosby Show, while Seinfeld was the centerpiece of its very white 1990s Thursday sitcom lineup.

It more or less made sense for Seinfeld to be as white as it was. The show was, after all, famously rejected by audience testers, and NBC’s Brandon Tartikoff worried it was “too New York, too Jewish.” It revolved around four people who were incredibly limited in their perceptions and worldviews, so a certain amount of tunnel vision made sense.

But Seinfeld was also the unlikely beneficiary of the fact that the television landscape was changing. By its final season, the series was a mega-hit, watched by large numbers of people in all demographics. However, in its early years, as it struggled in the ratings, it was not only kept alive because it earned critical acclaim and awards attention, but because the people who were watching it were more demographically desirable to advertisers. And what that usually means is young white people with lots of money who live in cities.

As that demographic was targeted with more and more focus in years to come, it would lead to shows with fewer and fewer people of color, shows that could be good (Friends or Girls) or bad (the many, many Seinfeld clones of the mid-’90s) but still shows that were overwhelmingly about a bunch of white, affluent people who never had to worry about anything but the trivial details of life. What felt revolutionary on Seinfeld quickly curdled into something harder and harder to stomach on the many shows it inspired.

5) The show heralded the death of the multi-camera sitcom

When television experts talk about a “multi-camera” sitcom, what they mean is a sitcom that functions almost as a filmed play, with multiple cameras (usually four) in fixed positions capturing the action of a sitcom taping, usually in front of a live audience. Think of the difference in presentation between Cheers (a very classical multi-camera sitcom) and Modern Family (an example of what’s usually called a “single-camera” sitcom, which is presented much more cinematically than theatrically). The evolutionary history of the sitcom format can be split into two periods, with Seinfeld as a rough dividing line.

NBC actually forced creators Jerry Seinfeld and Larry David to make the show a multi-camera, but once the two were committed to doing so, they essentially broke all of the established rules of how multi-camera sitcoms worked, twisting and bending them so far that the multi-camera sitcom had essentially nowhere else to go if writers wanted to continue to innovate.

The longer Seinfeld ran, the more single-camera sequences Seinfeld and David inserted into the action. (Think of all of those scenes with characters walking down city streets, which were pre-taped and aired for the studio audience, instead of being presented live on stage.) And the longer it ran, the more it broke up its stories into smaller and smaller pieces, presaging the joke-a-second pace that most single-camera sitcoms run at today.

And yet Seinfeld stands as a testament to how good multi-camera sitcoms can be when they’re at their best. Several of the show’s sequences would only work in the more theatrical trappings of the multi-cam. The limitations of the format gave Seinfeld’s cast more freedom to stretch and play with the material they were given.

Think of the famous story George tells about removing a golf ball from a whale’s blowhole. On a single-camera sitcom, that might be presented to the audience as it happened. On Seinfeld, which was limited in how much location filming it could do, the story becomes a yarn for Jason Alexander to spin, and that makes all the difference in terms of humor.

Seinfeld left big shoes for the sitcom to fill. Some (like Everybody Loves Raymond) might have returned to a more deliberately classical vibe. But others pushed past it and found that the only territory left to explore involved finding new ways to film these sorts of shows. Seinfeld might have been something of an endpoint for lots of different sitcom techniques, but it was also the beginning of many, many others.