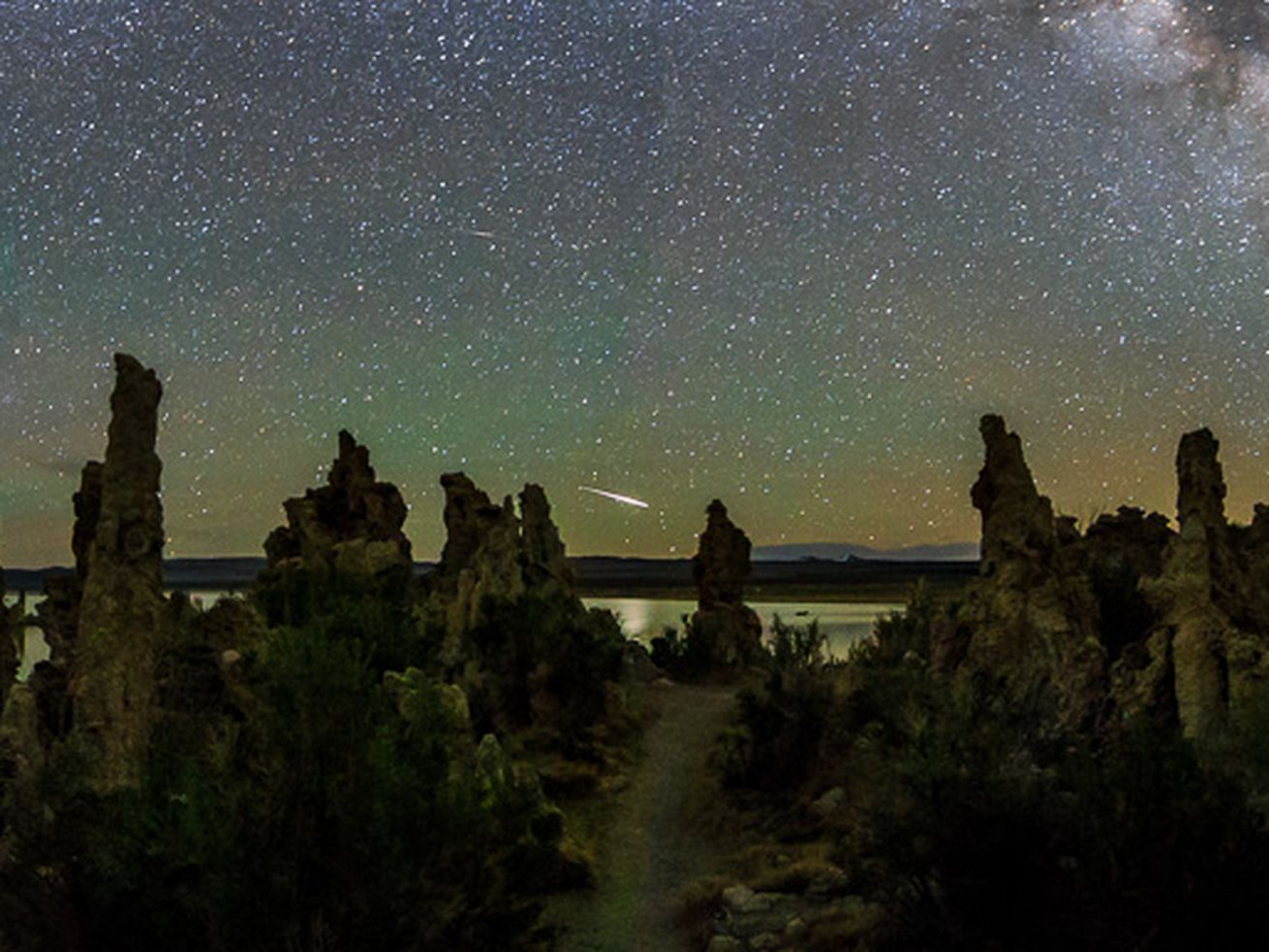 Halley’s comet won’t return to the skies until the 2060s. But this weekend, you can catch a glimpse of it in the Eta Aquarid meteor shower.

Earth is currently passing through a patch of debris created in the wake of the comet’s tail. When that debris hits our atmosphere, it will burn up and burnish the night sky in the form of meteors in the predawn hours on May 5. Luckily, the moon will just be a small silvery crescent, so its light won’t wash out the view.

These meteors are named “Eta Aquarid.” And they appear to emanate from the constellation Aquarius, which takes the shape of a dude pouring out a jug of water for eternity.

More specifically: The meteors fly out from a star near the top of the constellation named Eta Aquarii. We come across this patch of debris again in October, when the skies light up with the Orionid meteor shower. During that shower — you guessed it — the meteors appear to emanate from the constellation Orion.

According to NASA, the Eta Aquarids are particularly fast meteors, which “can leave glowing ‘trains’ (incandescent bits of debris in the wake of the meteor) which last for several seconds to minutes.” Photos from this shower are spectacular (see below).

Those of us in the north may be able to see about 10 meteors an hour grazing the horizon in the hours before dawn. People in the Southern Hemisphere may see closer to 40 per hour.

Here are NASA’s tips for how to watch:

To view the Eta Aquarids find an area well away from city or street lights. Come prepared with a sleeping bag, blanket or lawn chair. Lie flat on your back with your feet facing east and look up, taking in as much of the sky as possible. After about 30 minutes in the dark, your eyes will adapt and you will begin to see meteors. Be patient — the show will last until dawn, so you have plenty of time to catch a glimpse.