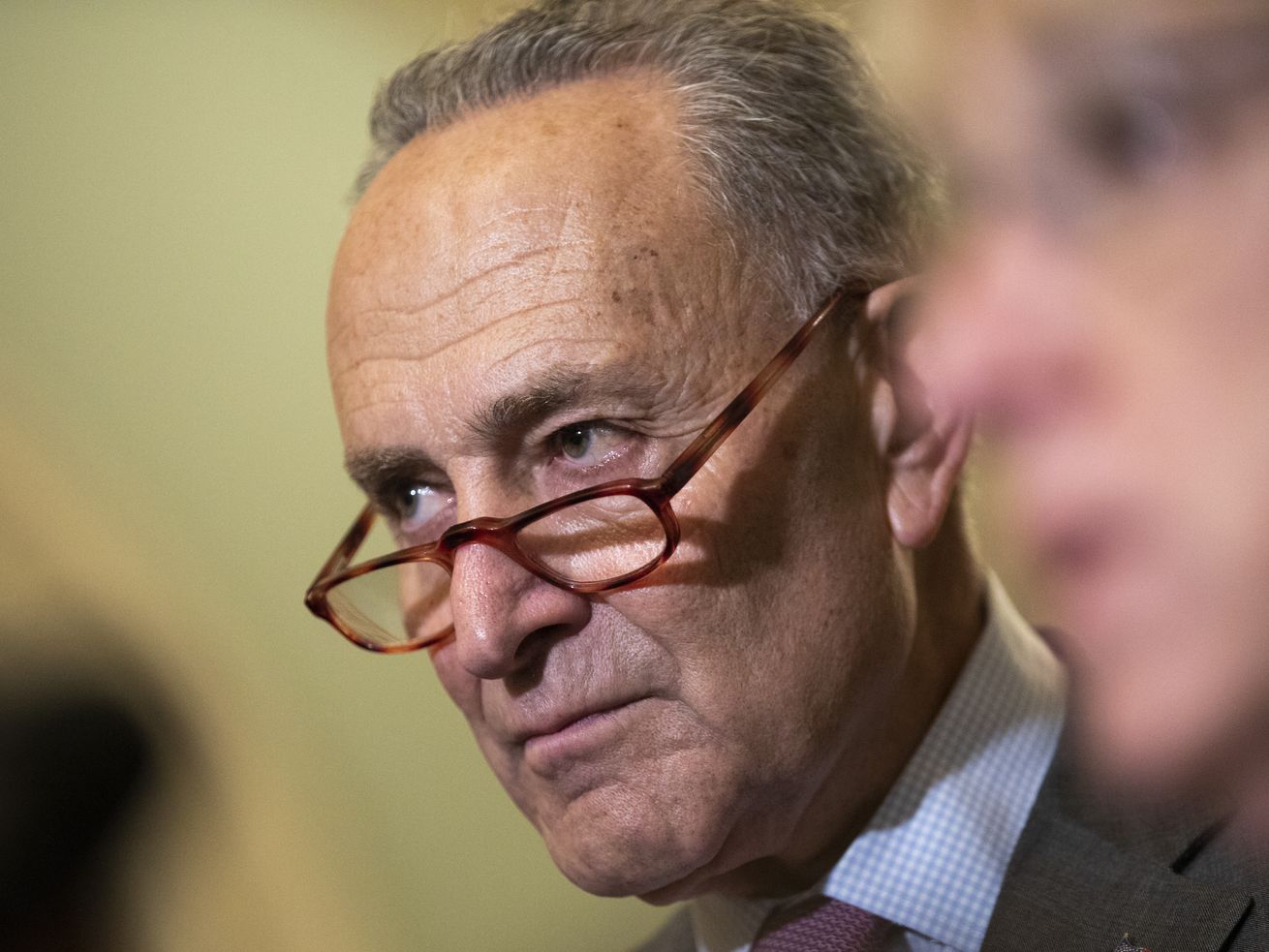 His statement comes in the wake of sexual misconduct allegations from a third woman.

Senate Minority Leader Chuck Schumer thinks it’s time for Brett Kavanaugh to withdraw from the Supreme Court confirmation process. If he won’t, Schumer called for Republicans to press pause on Kavanaugh’s Supreme Court nomination in the wake of explosive new allegations of sexual misconduct that emerged against him on Wednesday.

“I strongly believe Judge Kavanaugh should withdraw from consideration. If he will not, at the very least, the hearing and vote should be postponed while the FBI investigates all of these allegations,” said Schumer in a statement released on Wednesday. “If our Republican colleagues proceed without an investigation, it would be a travesty for the honor of the Supreme Court and our country.”

Swetnick was a student at Gaithersburg High School, and she says she ran in the same social circles as Kavanaugh in high school. She emphasizes that there are other witnesses who could corroborate her allegations — pushing back against a key line of attack that Republicans have used against Christine Blasey Ford and Deborah Ramirez.

Swetnick’s allegations come just one day before Kavanaugh and Christine Blasey Ford — a Palo Alto University professor who’s accused Kavanaugh of pinning her down and trying to force himself on her while they were in high school — are scheduled to testify in front of the Senate Judiciary Committee. Kavanaugh has unequivocally denied allegations from all three women.

The White House released a statement from Kavanaugh in which he called Swetnick’s allegations “ridiculous” and “from the Twilight Zone.” “I don’t know who this is and this never happened,” he said.

Democrats have argued that the FBI should reopen Kavanaugh’s background check since the accusations surfaced from Ford, who was the first to come forward. They argue that an impartial law enforcement body needs to review the evidence in both cases in order to determine what the facts of the case actually look like.

Up until this point, Senate Republicans have shown very little interest in taking any steps that could slow down Kavanaugh’s nomination — something they’ve been eager to press through by October 1, the start of the Supreme Court’s fall term. Currently, there’s a committee vote set for his confirmation this Friday, September 28.

It remains to be seen whether the new allegations will change that.