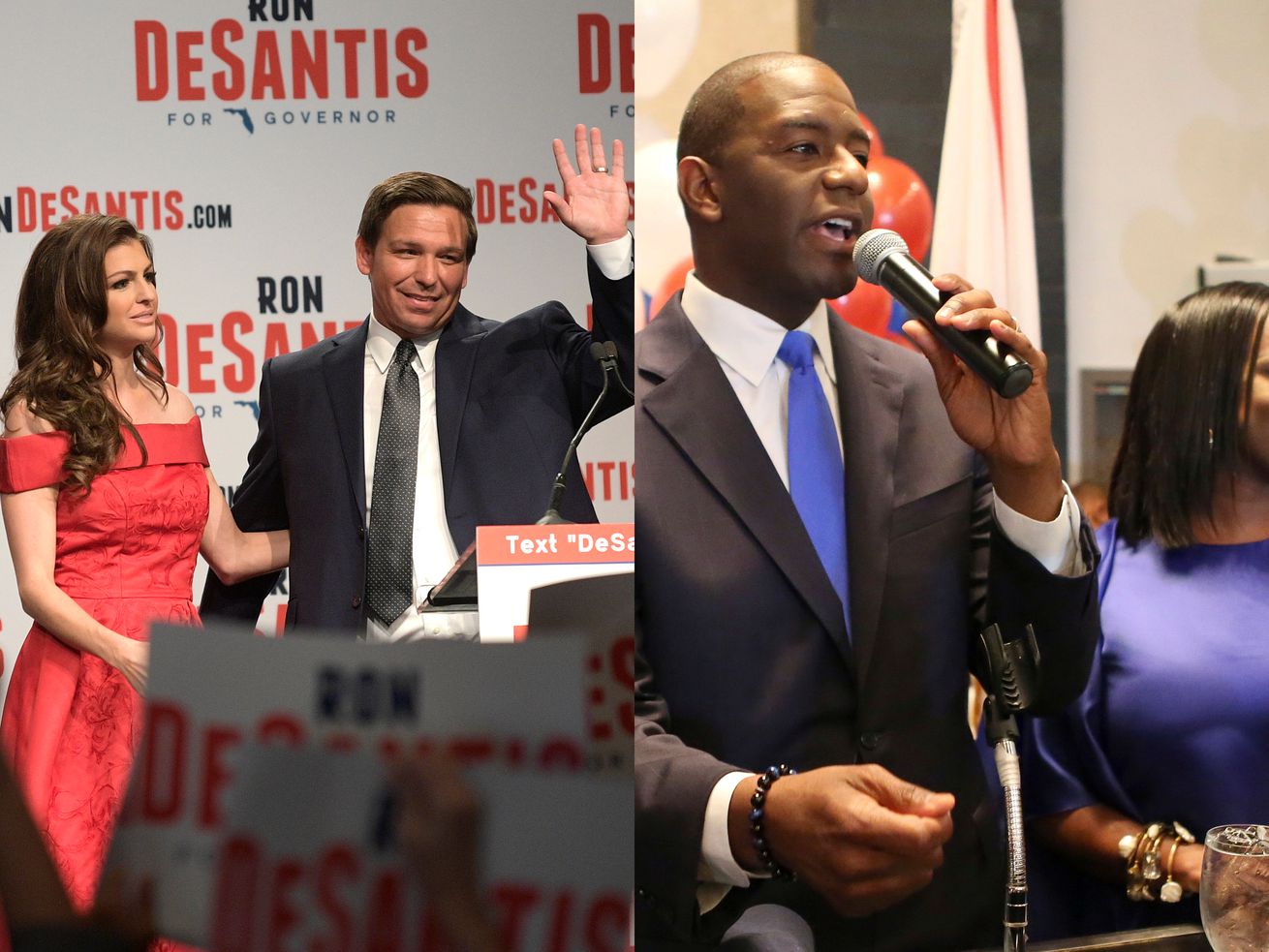 The comments came hours after Gillum pulled off an upset victory in Florida’s democratic gubernatorial primary.

Florida’s gubernatorial general election isn’t even a day old, but it has already found its first controversy after Republican Ron DeSantis claimed that his opponent, Tallahassee Mayor Andrew Gillum — potentially the state’s first black governor — would “monkey this up” if he wins in November.

DeSantis’s comments came during a Wednesday morning interview on Fox News after winning the primary on Tuesday. While discussing his Democratic opponent, DeSantis also called Gillum “articulate,” a term often used to backhandedly compliment black people whose intelligence seems surprising or out of the ordinary.

“This is a guy who, although he’s much too liberal for Florida — I think he’s got huge problems with how he’s governed Tallahassee — you know, he is an articulate spokesman for those far-left views, and he’s a charismatic candidate,” DeSantis said.

He continued: “The last thing we need to do is to monkey this up by trying to embrace a socialist agenda with huge tax increases and bankrupting the state. That is not gonna work. That’s not gonna be good for Florida.”

Shortly after the remarks, Fox News host Sandra Smith made an on-air statement, saying that “we do not condone this language.” Smith also directed viewers to a statement that DeSantis’s spokesman issued shortly after the interview that attempted to clarify the remarks.

Gillum also responded to the remarks during an appearance on Fox News Wednesday afternoon, saying that the comments showed that “DeSantis was taking a page directly from the campaign manual of Donald Trump.”

“I think he’s got another thing coming to him if he thinks Florida voters are going to respond to that level of derision and division,” Gillum added.

DeSantis’s remarks, just hours after President Donald Trump publicly criticized Gillum for crime in Tallahassee, suggest that Republicans are wasting no time in going after the Democrat. But the Fox News remarks are also causing critics to argue that DeSantis is turning to racist attacks to draw a distinction between himself and his opponent. It’s an issue that often affects candidates of color, particularly those running in states with sizable white populations.

Shortly after making the comments, a DeSantis spokesperson attempted to defuse the situation by telling NBC News’ Ali Vitali that the Republican candidate regularly uses the term to refer to “something that was messed up or not done right.”

In an additional statement to CNN, DeSantis communications director Stephen Lawson said that the candidate was “obviously talking about Florida not making the wrong decision to embrace the socialist policies that Andrew Gillum espouses.”

“To characterize it as anything else is absurd,” he added.

But DeSantis’s comments fit into an extensive history of calling black people monkeys or primates. References to African Americans as apes and monkeys have long been invoked to dehumanize them and justify their treatment as second-class citizens. The trope was heavily used against President Barack Obama, his wife Michelle, and other members of his White House.

At times, these sorts of associations are plainly made. But in other instances they are said much more subtly. As my colleague German Lopez has noted, these types of remarks — often referred to as coded language — are “used against a group or idea that threatens traditional power structures.” Coded language has long been wielded against African Americans to cast them as deviant and different from whites, serving as an alternative for more direct language that would immediately be considered offensive.

“Current racial code operates by appealing to deep-seated stereotypes of groups that are perceived as threatening,” Ian Haney-López, a professor at the University of California Berkeley, told Vox in 2016. He added that because coded language does not rely on direct references to race, “It allows people to say, ‘Hey, I’m just criticizing the behavior, not criticizing a racially defined group.’”

Haney-Lopez notes that coded language, which has been used to criticize everything from immigrants to Black Lives Matter in recent years, is heavily used by politicians. “Almost every conversation on the right has as a subtext an indication of race,” he said.

And no matter how DeSantis views his own comments, his critics will not be as willing to remove them from this broader context. “It’s disgusting that Ron DeSantis is launching his general election campaign with racist dog whistles,” Florida Democratic Party Chair Terrie Rizzo said in an emailed statement to BuzzFeed.