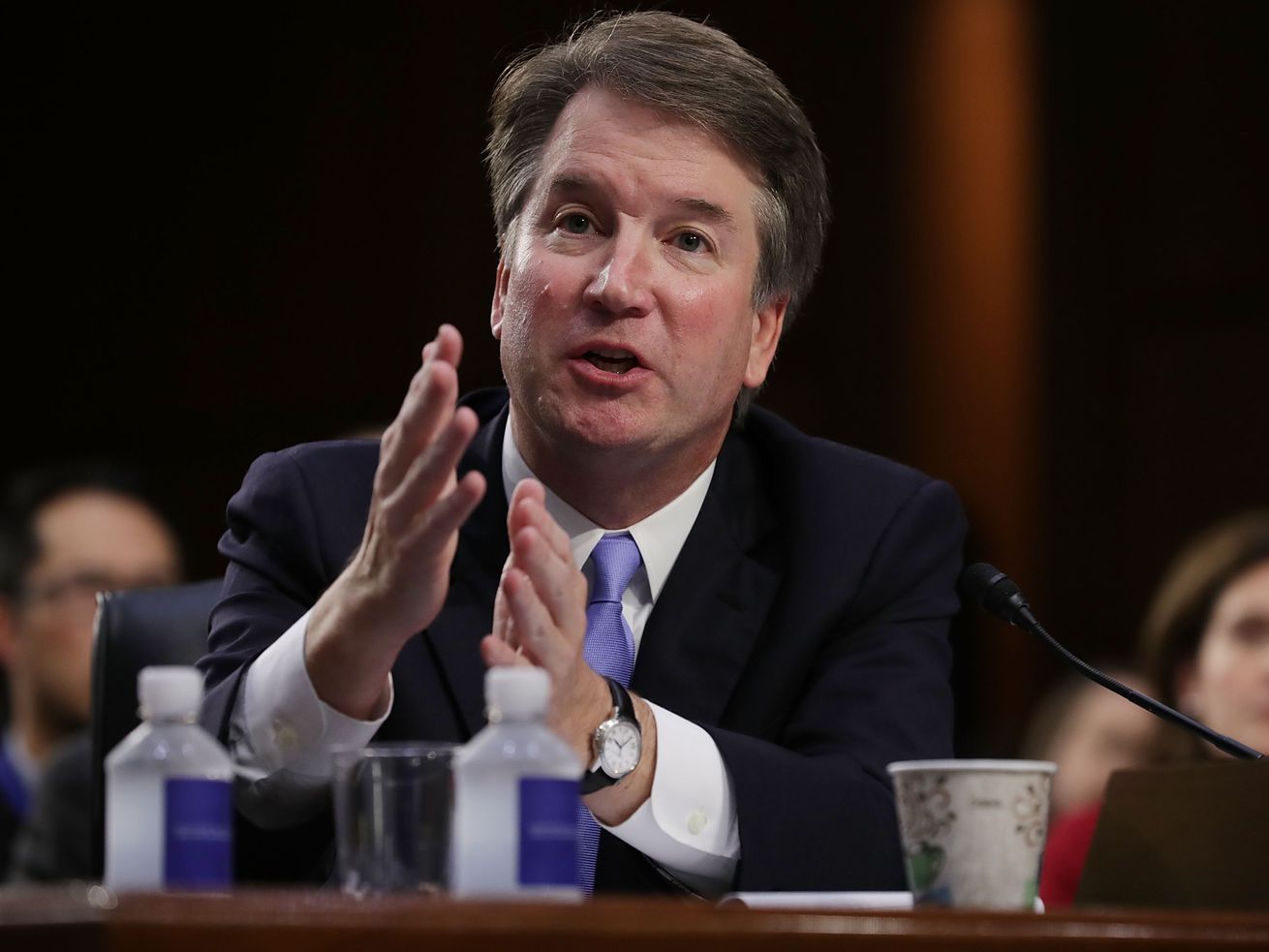 A source has read a redacted version to CNN.

Christine Blasey Ford, a Palo Alto University professor, has alleged that Supreme Court nominee Brett Kavanaugh drunkenly pinned her down and sexually assaulted her when they were both teenagers in the 1980s. Ford came forward in a Washington Post report on Sunday after first making these allegations in a letter that she sent to Sen. Dianne Feinstein (D-CA), which the lawmaker referred to the FBI last week.

Ford had been in contact with the Post for weeks but had declined to go public with her allegations, fearing retaliation and public attacks. Her calculations changed after the news of her letter broke broke earlier this week, and ultimately, she said, she came forward out of concerns that reporters would soon identify her and a sense of public duty.

“These are all the ills that I was trying to avoid,” Ford told the Post. “Now I feel like my civic responsibility is outweighing my anguish and my terror about retaliation.”

As part of the letter, Ford said Kavanaugh pushed her into a bedroom while they were at a party, where he attempted to remove her clothes and put his hand over her mouth. “It is upsetting to discuss sexual assault and its repercussions, yet I felt guilty and compelled as a citizen about the idea of not saying anything,” she writes.

Kavanaugh has vehemently denied the allegations and refused to comment any further when the Post contacted the White House on Sunday.

Feinstein’s office had previously said that the Senator held off on discussing the letter in an effort to protect Ford’s privacy. Read a redacted version of Ford’s letter, below, as it was read to CNN by a source who had seen its contents.

I am writing with information relevant in evaluating the current nominee to the Supreme Court.

As a constituent, I expect that you will maintain this as confidential until we have further opportunity to speak.

Brett Kavanaugh physically and sexually assaulted me during high school in the early 1980’s. He conducted these acts with the assistance of REDACTED.

Both were one to two years older than me and students at a local private school.

The assault occurred in a suburban Maryland area home at a gathering that included me and four others.

Kavanaugh physically pushed me into a bedroom as I was headed for a bathroom up a short stair well from the living room. They locked the door and played loud music precluding any successful attempt to yell for help.

At one point when REDACTED jumped onto the bed the weight on me was substantial. The pile toppled, and the two scrapped with each other. After a few attempts to get away, I was able to take this opportune moment to get up and run across to a hallway bathroom. I locked the bathroom door behind me. Both loudly stumbled down the stairwell at which point other persons at the house were talking with them. I exited the bathroom, ran outside of the house and went home.

I have not knowingly seen Kavanaugh since the assault. I did see REDACTED once at the REDACTED where he was extremely uncomfortable seeing me.

I have received medical treatment regarding the assault. On July 6 I notified my local government representative to ask them how to proceed with sharing this information. It is upsetting to discuss sexual assault and its repercussions, yet I felt guilty and compelled as a citizen about the idea of not saying anything.

I am available to speak further should you wish to discuss. I am currently REDACTED and will be in REDACTED.