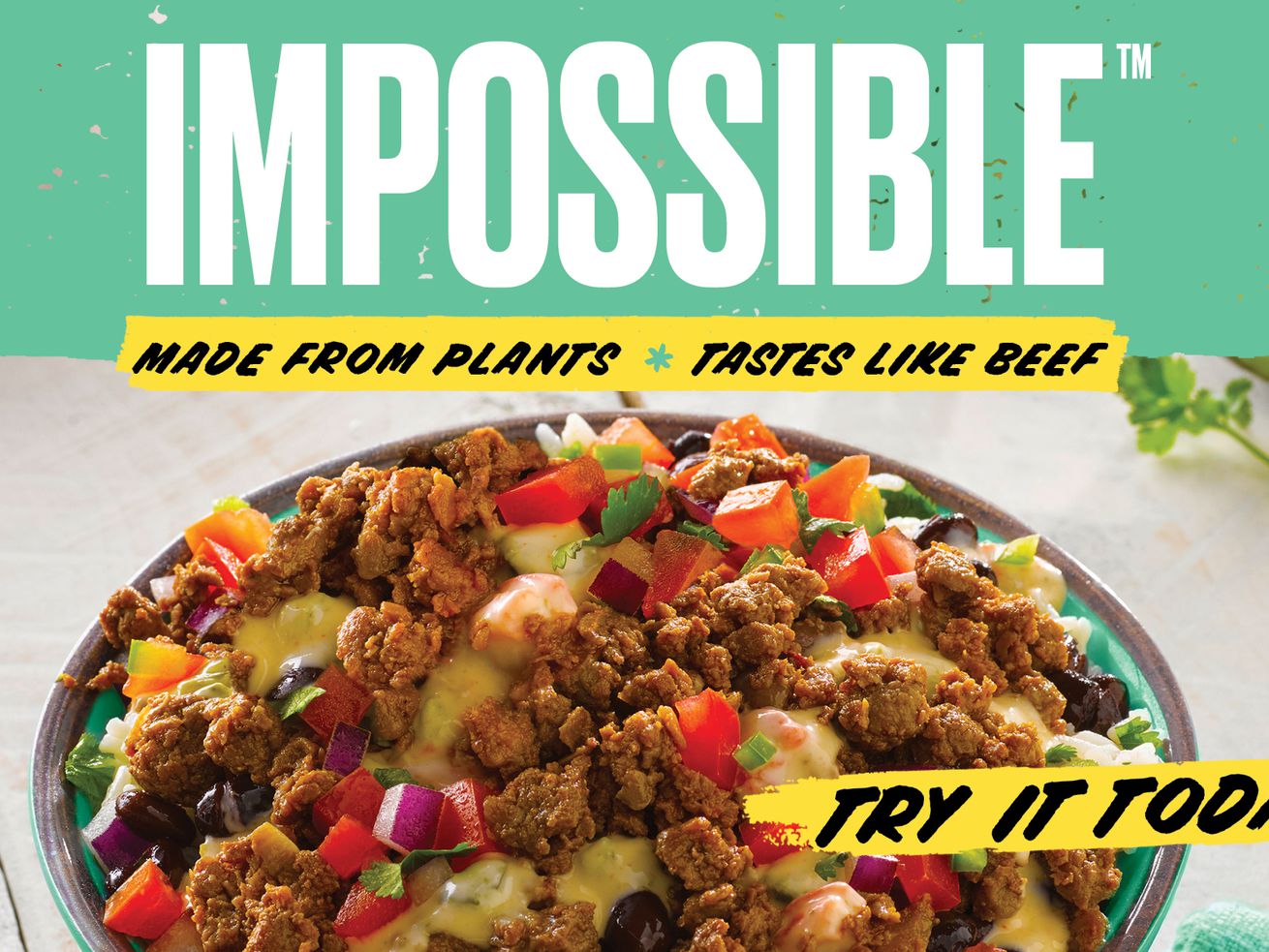 Do you like the idea of a plant-based Impossible Burger, except you’re not a fan of burgers? Your best bet might be Qdoba. The Mexican food chain announced this week that its trial of Impossible Meat at a few of its Michigan locations was a major success, and it will expand to its 730 locations nationwide by the end of May.

It’s been an incredible month for Impossible Foods and its competitors in the plant-based meat industry.

Now, Qdoba has joined them. The plant-based meat alternative is featured in two entrees — the Impossible Bowl and the Impossible Taco — or you can order it in anything else in place of beef.

The rise of plant-based foods is actually a big deal

There’s a lot wrong with our food system — from animal cruelty to antibiotic resistance to its contributions to climate change. But people really like meat, and efforts to curb these problems by convincing people to switch away from meat haven’t worked well. There are about as many vegans and vegetarians as there were 20 years ago.

That’s where plant-based meat alternatives can step in. Products like veggie burgers, fake chicken, and soy and almond milk are growing in popularity and market share — and even better, they’re getting tastier and harder to distinguish from animal meat.

Impossible Foods makes its products with heme, a protein that’s cultivated from soybean roots and is credited for lending the Impossible Burger its strikingly meaty flavor. Even people who eat meat are often happy to substitute an equally tasty alternative that’s better for the world.

Beyond Meat founder Ethan Brown told my colleague Sigal Samuel that 93 percent of consumers who buy Beyond Meat also buy animal meat — and he’s fine with that. It’s a sign these products, far from being a just-for-vegans eccentricity, are going mainstream.

It’ll probably be a long time before these alternatives can replicate the experience of a steak — though engineers are hard at work on it. In the meantime, they’re finding their niche with burgers and ground beef. Restaurants and consumers, going by the recent surge of interest, are increasingly getting on board.