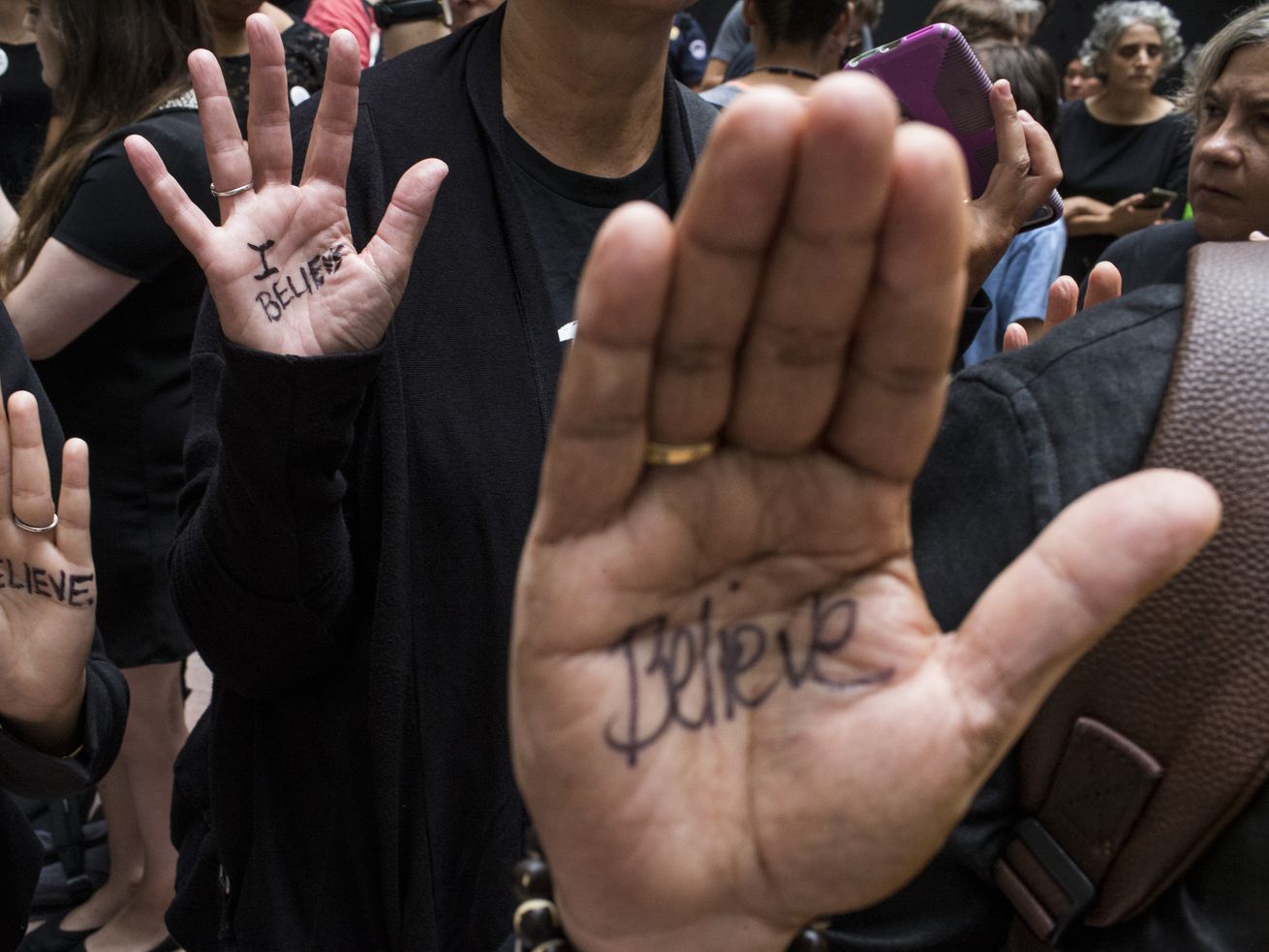 A Marist poll illustrates how white evangelical culture minimizes the seriousness of assault.

Forty-eight percent of white evangelicals say that embattled Supreme Court nominee Brett Kavanaugh should be confirmed even if the allegations of sexual assault against him are true.

Marist asked 1,000 respondents from September 22 to 24 whether they would support Kavanaugh if the allegations by Christine Blasey Ford, who says Kavanaugh assaulted her at a high school party decades ago, were found to be true.

Support for Kavanaugh’s confirmation falls along partisan lines with 12 percent of Democrats and 54 percent of Republicans saying yes. Kavanaugh has consistently denied the allegations, as well as the allegations of at least three other accusers, whose more recent allegations came out too late to be included in the poll.

Aside from the 48 percent who said they would support Kavanaugh’s appointment to the court, 36 percent of white evangelicals say they would not support it, and 16 percent did not have an answer. Mirroring the poll results, many prominent white evangelicals have spoken out in Kavanaugh’s defense, characterizing the allegations against him as part of a liberal plot to waylay his nomination. Jerry Falwell Jr., president of the evangelical Liberty University, sent 300 women Liberty students to Washington, DC, to support Kavanaugh during this week’s Senate confirmation hearings.

Likewise, prominent evangelical Franklin Graham has expressed support for Kavanaugh, minimizing the nature of the alleged assault and characterizing it as merely a clumsy come-on, telling the Christian Broadcasting Network, “She said no and he respected it and walked away.”

Graham’s version directly contradicts Ford’s account of the incident. In any case, Graham told CBN, “It’s just a shame that a person like Judge Kavanaugh, who has a stellar record — that somebody can bring something up that he did as a teenager close to 40 years ago.”

Most of the public evangelical response to the allegations against Kavanaugh rests on the idea that Kavanaugh is innocent, and that Ford’s allegations are either a fabrication, exaggeration, or a case of mistaken identity.

Yet the Marist poll results suggest that, for many white evangelicals, another factor is at play in their support for Kavanaugh: They don’t think what he did is bad enough to be disqualifying.

Or, as one unidentified woman Trump and Kavanaugh supporter from Montana said, according to MSNBC, “It’s no big deal.” While the woman did not reveal her own religious affiliation, her words are nevertheless indicative of many conservatives’, particularly white evangelicals’, stance on the allegations against Kavanaugh.

a Trump supporter on MSNBC told her daughters that men groping women is “no big deal” pic.twitter.com/QbYubOJpXl

Such a perspective fits neatly within the context of evangelical sexual culture, which in recent months has been characterized by a wider suspicion of the #MeToo movement. Within evangelical culture, as I’ve written previously, the idea that women are “supposed” to be the gatekeepers of male sexuality, that male sexual urges are inherently uncontrollable, and the idea that forgiveness is automatically “owed” to any alleged abuser, converge to create a climate in which allegations of sexual harassment and abuse tend to be seen as minor or, at least, forgivable.

Certainly, the evangelical community is already redeeming its own people accused of sexual misconduct during the #MeToo movement. Earlier this month, former Southern Baptist Convention president Paige Patterson — who left his position as president of the Southwestern Baptist Seminary in disgrace after accusations of sexism — returned to public ministry with a pair of sermons that denigrated the #MeToo movement and focused on the problem of false rape allegations.

Today, as Christine Blasey Ford testifies in front of the Senate, GOP senators will be trying to argue that her assault never happened. But what might be even scarier is the idea that, if it did, plenty of Americans wouldn’t even care.