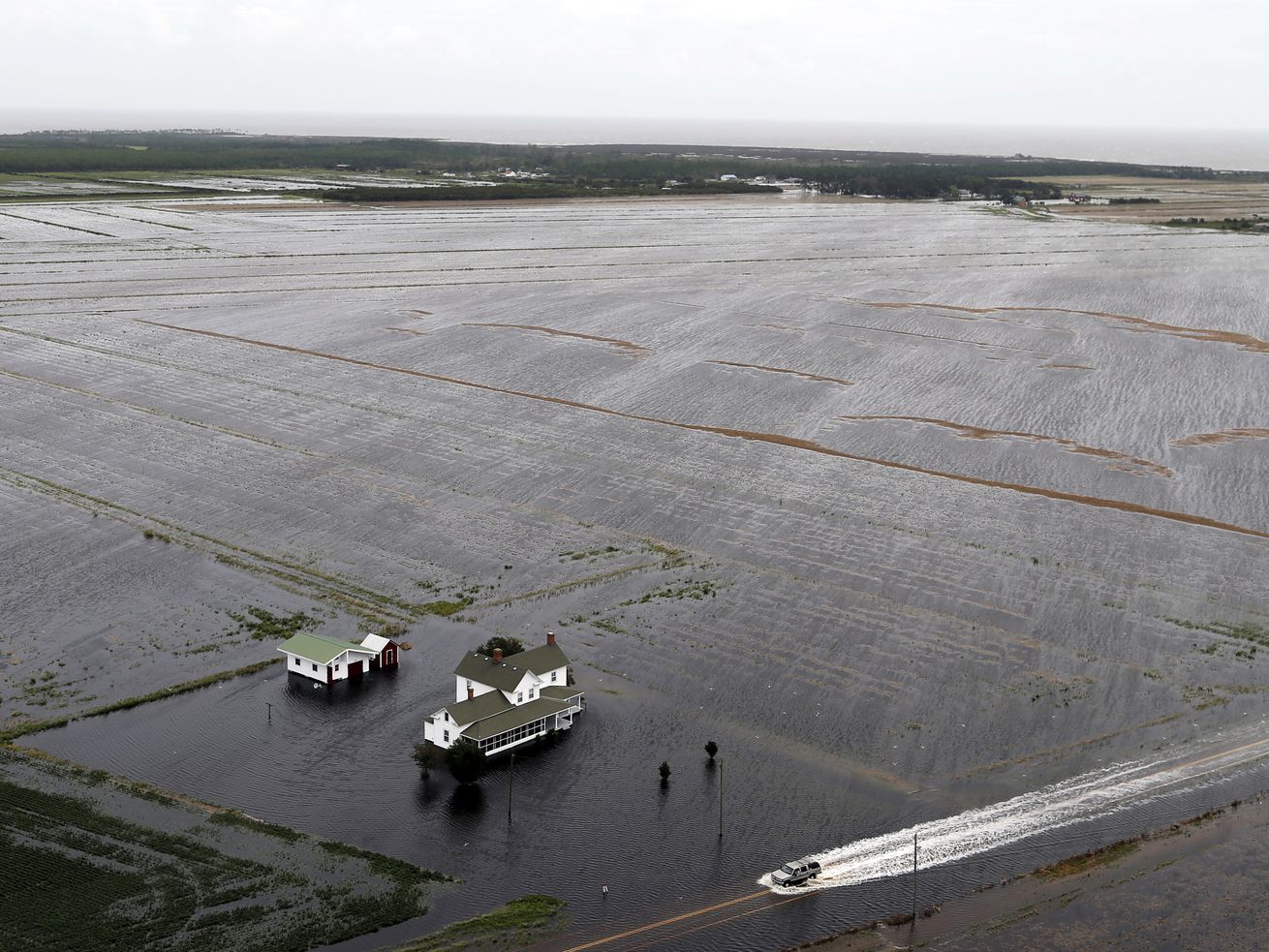 The most telling images we’ve seen so far from Florence’s path.

The remnants of Hurricane Florence are finally exiting the Carolinas. The region has been deluged by historic amounts of rainfall — best measured in feet in many locations — and floodwaters along rivers inland are still rising. Wilmington, North Carolina, saw nearly 27 inches of rain. Other locations saw more than 30. Sand dunes disappeared from the coast in the storm surge.

The hazards associated with this storm haven’t ended; rivers are swollen, and there’s a risk that dams could be breached. And in the meantime, we’re getting a clearer sense of its toll.

At a news conference on Monday, North Carolina Gov. Roy Cooper confirmed there were 17 storm-related deaths in his state. Some 2,600 people and 300 animals have been rescued, he said, and rescues are still “ongoing.”

“Even though the rain is moving away, the ground is saturated,” Cooper said. “Even a small amount of rain can cause flash flooding.” In total, the New York Times reports, the storm has claimed 23 lives, including an infant.

In North Carolina, 484,000 people are without power, Additionally, there are more than 17,000 people in South Carolina and 13,600 in Virginia without power. Many roadways are still dangerous and flooded. And there may be environmental hazards as well: 2,000 cubic yards of coal ash — a toxic byproduct of coal power production — spilled from a landfill near Wilmington. It’s yet unclear if the spill was washed into the Cape Fear River, which could potentially transport the heavy-metal-laden ash to the ocean.

There will be a lot of cleaning up, damage assessment, and rebuilding to do. Here’s what the situation looks like on the ground.

Surf City, North Carolina before and after Hurricane Florence. Amazing to see the piers/stilts doing their job. Crazy to see the sand dunes disappear into the road. pic.twitter.com/OgnuA3v3By

Robert Simmons Jr. was among those seeking refuge Friday afternoon in New Bern, North Carolina during Hurricane #Florence along with his kitten – named “Survivor.” https://t.co/3wqVC8P1yZ pic.twitter.com/wJ6WHGP6J6

Helicopter footage of the flooding yesterday afternoon in Wilmington, NC. This was centered around the Golden Corral and Applebee’s #Florence